Small Ocean “Hot Spots” Could Provide All the Seafood We Need

A chunk of the ocean the size of Lake Michigan could feed the world. But should it? 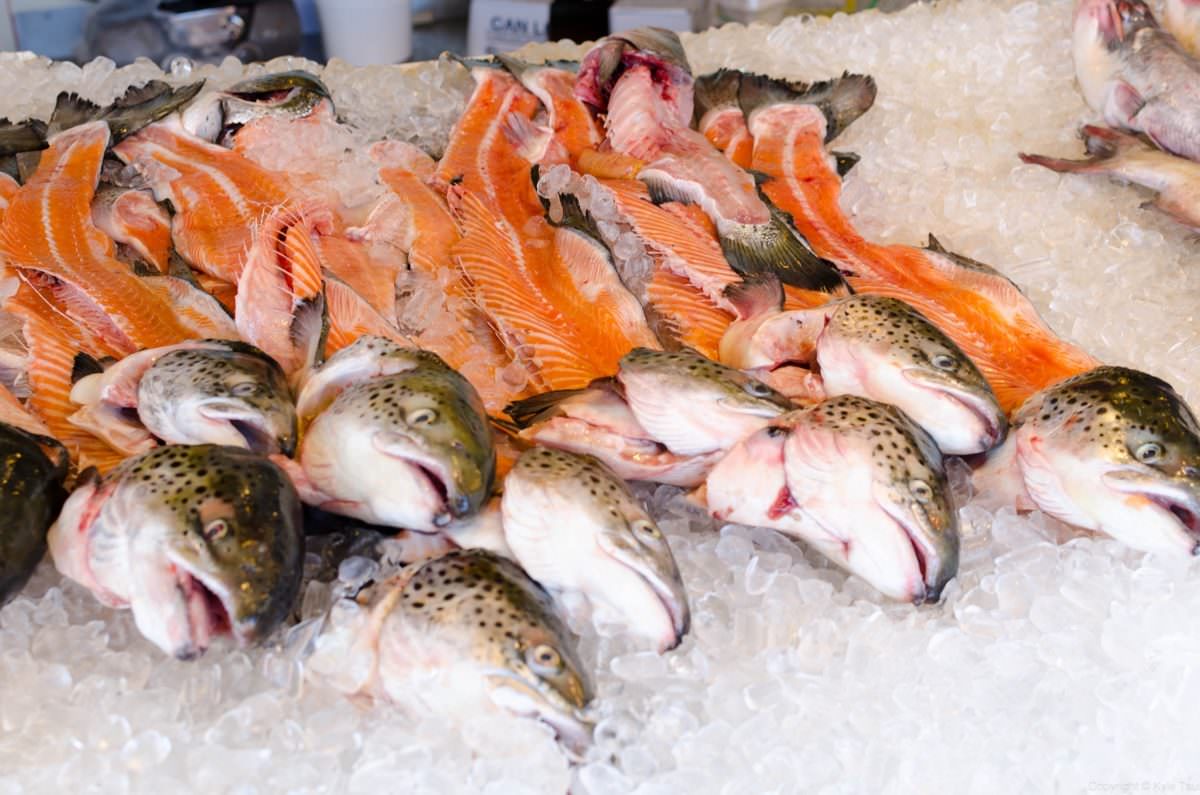 Fish farming, or aquaculture, could be a much larger part of the world's diet than it is now.
Photography Kyle on Flickr
Share
Tweet
Pin
Email

Aquaculture, the fancy word for fish farming, is increasing in viability, and even now makes up more than 50 percent of the world’s seafood production. Mariculture, the practice of, basically, roping off parts of the ocean to use as fish farms, is still a very new and minor part of that; most aquaculture is done inland or indoors, and most mariculture is done with easy-to-grow seafood items like clams, mussels, and oysters.

A new study led by researchers at the University of California, Santa Barbara finds that mariculture could go much further toward solving the world’s seafood needs. The researchers took a look at what they’re calling “aquaculture hot spots” – basically, areas that are ideal for growing fish in terms of water temperature, depth, nutrition (like algae and plankton density), and that aren’t already protected for ecological or shipping reasons.

What they found is that, well, there are tons of these – enough to grow more than 100 times the world’s current total demand for seafood. If we scale that down to the area needed to produce only what we currently eat, we’re talking ocean area about equal to the size of Lake Michigan. A drop in the bucket.

The study is basically just a starting point declaring that mariculture is a viable, but not total, solution. For one thing, it only looked at finfish (albeit 180 varieties of them) and bivalves; not at, for example, the number one most popular seafood item in the U.S.: shrimp.

There’s also the problem of how exactly to feed that many animals grown in a mariculture setting. Bivalves aren’t a problem, since, as filter feeders, they get their food from debris and small animals in the ocean, but how do you feed millions of fish? Plant or animal-based feed would have to be produced somehow, and in huge volumes, which would come with its own difficulty.

Waste is also a huge issue – a massive, concentrated amount of fish waste in the ocean would have to be dealt with somehow. Escaped fish from farms could also bring diseases into the ocean at large, or even introduce invasive species into environments that aren’t prepared for them.

But there are also potentially huge upsides. Bivalves are highly effective cleaners. Fish are also much more efficient at converting food to growth than other livestock; cattle, for example, take about six times as much feed as they produce in meat. Salmon, just as one example, need only a pound of feed to produce a pound of fish meat.

Related
Environment
Extreme Floods In Pacific Northwest Send Farmers Into CrisisLindsay Campbell
A Message About Black FridayModern Farmer
Politics
What the Build Back Better Act Means for AgricultureEmily Baron Cadloff
Politics
Food and Agriculture Takeaways From the COP26 Climate ConferenceEmily Baron Cadloff
wpDiscuz
We use cookies on our website to give you the most relevant experience by remembering your preferences and repeat visits. By clicking “Accept”, you consent to the use of ALL the cookies.
Cookie settings ACCEPT
Privacy & Cookies Policy