Why the Name ‘Kaffir Lime’ Is Wildly Offensive to Many

Kaffir limes are quickly becoming popular in North America, but with the newfound popularity comes a serious problem. 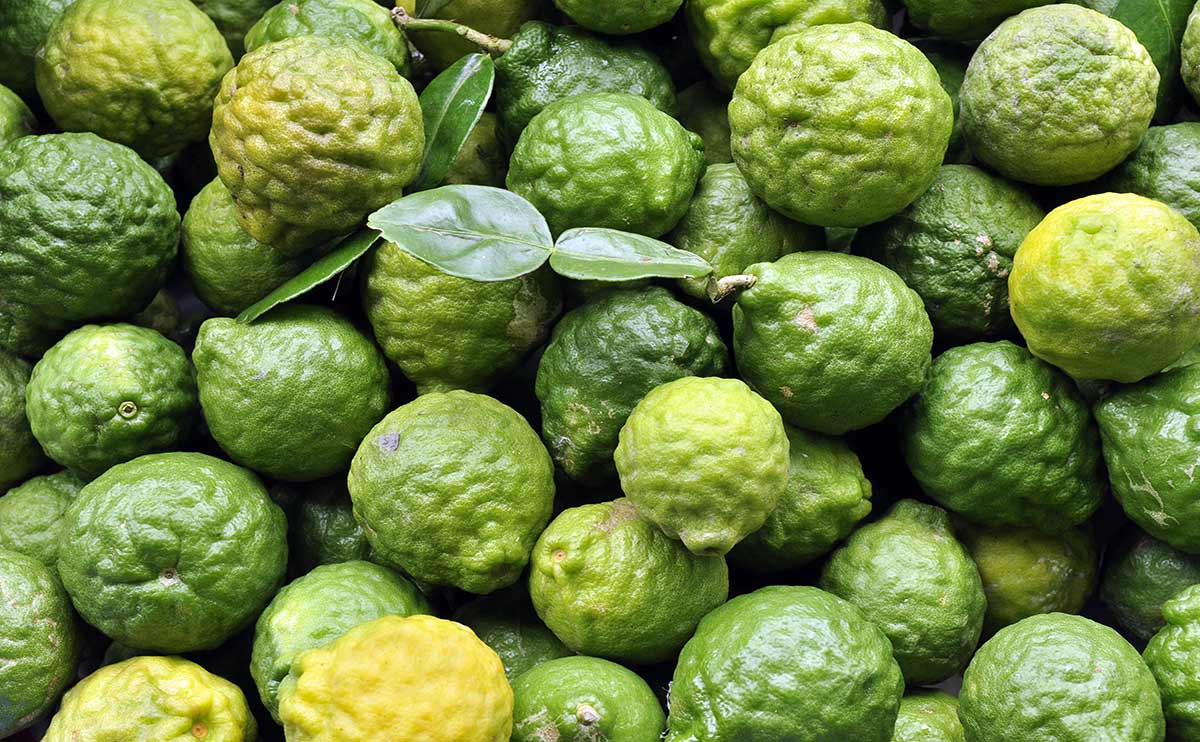 Maybe you’ve seen them in a specialty shop, or tasted the tangy leaves in your favorite curry, but the kaffir lime, as it’s commonly known in North America and beyond, is in serious need of a name change.

Or so says Veronica Vinje, a master’s student in Intercultural and International Communications at Royal Roads University in Victoria, British Columbia, the woman behind the @KaffirNoMore‘s Twitter campaign, an initiative to rename the kaffir lime (henceforth referred to as the k-lime) because of the racist nature of the k-word.

The k-word ”“ a term that comes from the Arabic word kafir, meaning non-believer or infidel ”“ is a highly offensive, even legally actionable, racial slur in South Africa. However, as Vinje states on the Twitter account, the @KaffirNoMore campaign is not about the history of the term, but removing the word from our vocabulary before it becomes totally engrained.

Vinje says there’s no reason why we shouldn’t enjoy this imported treat, but there’s no reason to import the offensive name as well. This of course brings up the issue of what to call this disputed fruit, a question that Roger Mooking, celebrity chef and host of the Cooking Channel’s, Man Fire Food, says has an obvious answer.

He says in Southeast Asia, where the fruit originates, it’s called Makrut, a perfectly viable option for North American gourmands.

“There are all kinds of names for it, like Makrut or even lime leaves – that’s what I used to call it when I ordered it in my kitchens,” says Mooking. “I’ve been telling people in the industry for years that we need to change the name, but when you get an order list it’s always listed as a k-lime. I think for real change to happen it needs to come from the distribution side.”

Mooking says he first learned about the pejorative history of the word when he worked in the kitchen alongside a man from South Africa. After meeting the man he became intrigued with South African history and ended up stumbling upon the derogatory word while reading up about the nation.

“I recognized the word from placing orders in the kitchen, that’s when it hit me that we’ve been unknowingly using this racist term for a harmless fruit.”

Although the fruit may be harmless (and tasty), the word is not, and Vinje thinks the sooner we can rid ourselves of it the better off we’ll be.

I vote it be treated in like manner to the term Oriental; when used to describe a rug or some other object whose origin of manufacture is ‘the Orient’ then it’s acceptable, but otherwise referring to a person is fairly widely inadvisable by most standards. Negro is also often used in English as a slur, but in Spanish it’s just the ordinary word for black. Should Spanish therefore alter everything that calls something black, to avoid using the slur from a DIFFERENT language? No. That’s just silly. If you’re talking about a lime, you’re not referring to a person. Is… Read more »

I’m unclear. Who is being offended by being called kafir”? The limes? Why is it racist” to call a lime a non-believer? It has nothing to do with race but belief. And this is quite different in kind from using racial slurs such as `N-toes.” All it might imply if it implies at all (which I doubt) is that the limes haven’t accepted Islam. There are a lot of problems in the world, but I can’t see that this is one of them.

This is complete ludicrous. It’s only referred to as Makrut in the Thai language. In Khmer (Cambodian), it’s called sleuk kroche. In Vietnamese, it’s chanh sác. In Indonesian,jeruk purut and so on. The word we pronounce “see” in English also means f*c|< in Thai. Should be consider changing the the word see as in "I see you" or even the acronym ICU?

What on earth… LOL. As an Arab who is pretty much a non believer of any religion, I should be the person that is offended and I am not. Who cares? Really? It’s a Lime. Or should we ask the limes if they are offended? We aren’t calling people anything, plus the term non believer is not even a racist term. It describes anyone who does not believe in any religion. What do you want the name changed to? Atheist Limes? Maybe the limes don’t know what they believe so let’s go with Agnostic Limes, lol. Come on, this is… Read more »

Glad I read this, I learned a few things. I am a proud Kaffir for one and two, we have been incorrectly reffering to this lime as the makrut, but worry not, since reading this article I have rectified that situation and now over here at least, we all refer to this lime correctly as the Kaffir lime.

Now down vote away!

According to Wikipedia, the word is also used without any offensive connotations to refer to the Sri Lankan Kaffirs, an ethnic group descended from Portugese and African immigrants. So clearly not everyone everywhere considers it offensive. It is simply down to an accident of wildy divergent etymologies that may or may not even have a common origin. (Also, the “K-word” was not generally considered offensive even in S Africa until the mid 20th century.) That said, it seems natural that people touched by the ugly racist strife in South Africa that persists today would feel uncomfortable using the word simply… Read more »

Perhaps one needs to,, be cautious using the term in s.africa.There are groups of people who refer to themselves as Kaffir (i.e. in Sri Lanka), and not in the way that n—– is used by blacks in America. To suggest that the name a people uses for themselves is offensive is itself rather insulting. Often it happens that outsiders mistakenly champion what they perceive to be an affront to another group. I am a roumanian gypsy and have been told more than once that is an offensive term, when in fact the terms gypsy,gitano,gitane are the result of some rroma… Read more »

So what will cous cous be called from now on, because in the Dari language it’s something that’s not usually served at the dinner table … in Dari it means vulva.

Golly, so glad to see that assholery isn’t dead in the comments section here. I’ve so missed it in the rest of the Internet where everyone respects others and tries not to offend when asked. ?

@K-schwartz: just because _I_ don’t take offense (and had no idea the word was offensive at all) doesn’t make it any better for those who do. My grandma used to call macadamia nuts ‘niggertoes’, should we re-adopt that name?
Using the terms Thai lime or Makrut (magroot) lime is an easy solution. If you are afraid of not being understood, mispronouncing the word as kuhf-EER at least lends credence to the idea that you mean nothing derogatory by using it.