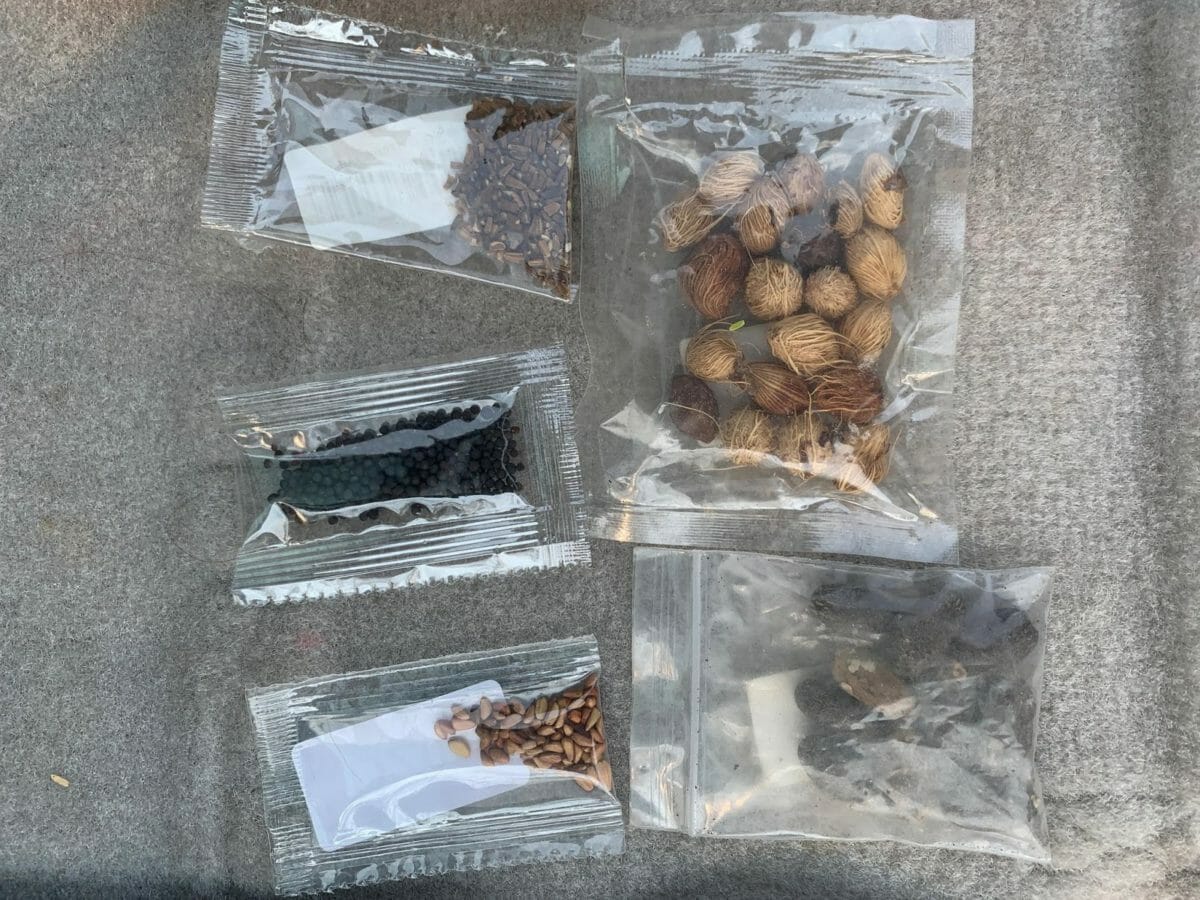 These packages of seeds were USDA tested to determine if they carried concern to US agriculture.
Photography courtesy of USDA.
Share
Tweet
Pin
Email
145 Shares

The USDA has found that there was no intentional harm associated with the thousands of unsolicited mystery seeds that showed up in American mailboxes this summer.

After conducting an investigation into the seeds, the agency announced earlier this month that there was no evidence that senders were trying to damage or disrupt American agriculture with the shipments. The USDA believes the packages were part of an internet “brushing” scam.

This kind of scam occurs when retailers ship inexpensive items in mass amounts to people who never ordered them. The companies then use that shipping information to post sparkling online reviews to increase their online rating. The more transactions a company completes, the higher their rating and the more likely their items will appear at the top of the search results on an e-commerce website.

The mystery seeds started popping up in mailboxes across the US last summer. They were also sent to people in Canada, New Zealand and Europe. The USDA has determined these strange shipments came from China and various Central Asian countries.

Initial concerns zeroed in on the possibility of the seeds being invasive species, which can harm the environment, misplace or destroy native plants and damage crops. In response, state and federal agriculture departments asked anyone who received the packages not to plant them. The USDA later determined that these shipments contained many different varieties, including mustard, cabbage, morning glory, rose, hibiscus and mint.

The USDA, in its most recent analysis, also found that, while some of the seeds were sent to US residents unsolicited, there were cases of people purchasing seeds online and being unaware that the product was foreign. Whether the seeds were unsolicited or not, however, the USDA said that many shipments entered the country without a permit or phytosanitary certificate, making them illegal.

The agency has published guidelines to ensure that online buyers and sellers abide by US laws when dealing with seeds and live plants from other countries. The available information is also intended to serve as a protective measure from invasive pest and disease threats.

“Plants and seeds for planting purchased online from other countries can pose a significant risk to U.S. agriculture and natural resources because they can carry harmful insects and pathogens,” said Dr. Osama El-Lissy, Deputy Administrator, Plant Protection and Quarantine, in the USDA’s announcement. “…We are thankful to the public for reporting the seeds and getting them to USDA officials so that we could investigate them and avoid introducing foreign pests into our environment.”

To prevent future brushing scams, the agency said it has been working with e-commerce companies to remove online retailers who are participating in the illegal import of seeds and ensure companies and their sellers are complying to import regulations.

Popular
The Future of Hay Drying in AmericaLindsay Campbell
How to (Actually) Get Rid of Fruit FliesEmily Baron Cadloff
7 Smokable Plants You Can Grow That Aren’t MarijuanaBrian Barth
How to Get Rid of Spotted LanternfliesShelby Vittek
6 Differences Between Llamas and AlpacasAndrew Amelinckx
Explore Modern Farmer
Related
MTMF, Plants
Meet the Modern Farmer Helping Colombian Coffee GrowersLindsay Campbell
Environment, How-To, Plants
How to Get Rid of Spotted LanternfliesShelby Vittek
African Swine Fever Is In the AmericasDan Nosowitz
Plants
There’s a Pumpkin Fungus Among UsLindsay Campbell
wpDiscuz
We use cookies on our website to give you the most relevant experience by remembering your preferences and repeat visits. By clicking “Accept”, you consent to the use of ALL the cookies.
Cookie settings ACCEPT
Privacy & Cookies Policy