A part of the proposed rule is actually under a legal injunction already. 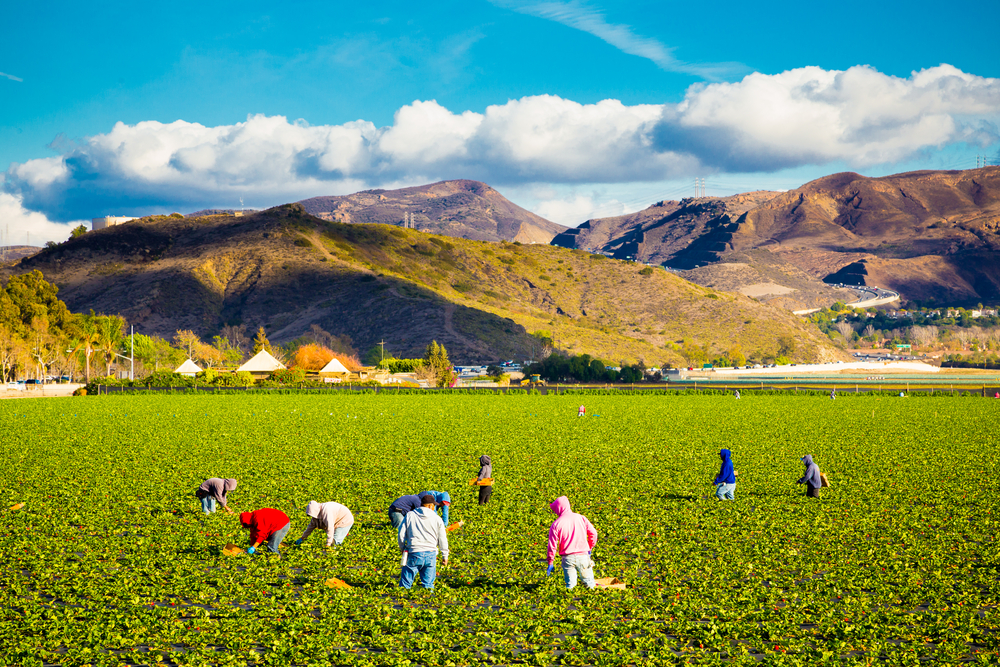 Generally, when a piece of news is released on a Friday before a long weekend, the intention is for that news to be ignored and forgotten.

For the outgoing Trump administration, that may or may not be the case; there’s not very much time left before the inauguration of Joe Biden. On the final holiday Friday of this administration, the Department of Labor issued its final rule changes for the H-2A visa program, which governs agricultural workers from foreign countries.

The new rules for this program will affect the roughly 200,000 agricultural workers from other countries who work in American agriculture each year. There’s a variety of new changes in the revised regulations; the Trump administration notes some streamlining, like allowing a single application with varying start dates rather than multiple applications. There will also be mandated digitization of these applications, which the Department of Labor specifically says will be shared with the Department of Homeland Security.

However, the changes, which were outlined in a 722-page document, will also mean that some H-2A workers will no longer be fully reimbursed by their employer for the cost of transportation and food they incur while travelling to the US and back. Under the new regulations, employers will only have to reimburse workers for the cost of traveling from the US embassy or consulate where they acquired their visa to the farm they will work. Labor groups say this will place an undue burden on rural workers who live far away from a city with an embassy or consulate.

The Department of Labor’s press release does not talk about wages, but wages have been at the center of the H-2A discussion for years.

H-2A wages are regulated by the federal government in a different way than for American citizens; they have been artificially set higher than the federal minimum wages, to ensure that farm employers don’t simply hire foreign workers so cheaply as to undercut the American workforce. On the other hand, there’s a perpetual shortage of agricultural workers in the US, more so during COVID-19, and the danger and essential nature of the work means that H-2A workers are hardly overpaid.

The Trump administration, notably USDA chief Sonny Perdue, has been signaling for years a desire to cut farmworker wages, which would be a boon to farm employers, and disastrous for farmworkers. In November of 2020, the Trump administration announced its plan, which would be to freeze wages and then to peg them to a different metric than is normally used for H-2A wages. The end effect would be a significant cut in pay for farmworkers, around $170 million per year for the next ten years.

Groups representing farmworkers, including United Farm Workers and Farmworker Justice, immediately sued, and in late December were granted a preliminary injunction, blocking those changes. According to Farmworker Justice, because of that injunction, the Department of Labor instead “restates its intention” to pursue the wage freezes; it’s unclear whether those changes will actually go forward.

In a press release, Farmworker Justice notes that there is only a single scant mention of COVID-19 in the new regulations, despite farmworkers being essential laborers at an extremely high risk of contracting the virus.

“In the last moments of the Trump Administration, the Department of Labor has announced it will weaken labor protections for the most vulnerable workers in the nation while insisting that farmworkers are essential workers who must continue to work without legal protections against the deadly COVID-19 pandemic,” said Bruce Goldstein, the president of Farmworker Justice.

Popular
Could Dissolvable Cranberry Film Replace Plastic Packaging Someday?Emily Baron Cadloff
Alaskan Salmon Face a Stream of New MinesBecki Robins
Why Don’t We Eat Turkey Eggs?Dan Nosowitz
7 Smokable Plants You Can Grow That Aren’t MarijuanaBrian Barth
Goat Sex: Everything You Wanted to Know But Were Afraid to AskAndrew Amelinckx
Explore Modern Farmer
Related
Animals, Environment, Technology
Alaskan Salmon Face a Stream of New MinesBecki Robins
Labor, Politics
For Young Farmers, Land Access Will Make or Break the 2023 Farm...Emily Baron Cadloff
States Mull Limits on Foreign Ownership of FarmlandJohnathan Hettinger
As COP27 Comes to a Close, Agriculture Initiatives Are Top PriorityShea Swenson
wpDiscuz
We use cookies on our website to give you the most relevant experience by remembering your preferences and repeat visits. By clicking “Accept”, you consent to the use of ALL the cookies.
Cookie settings ACCEPT
Privacy & Cookies Policy