They’re essential workers. They’re risking their lives. And yet! 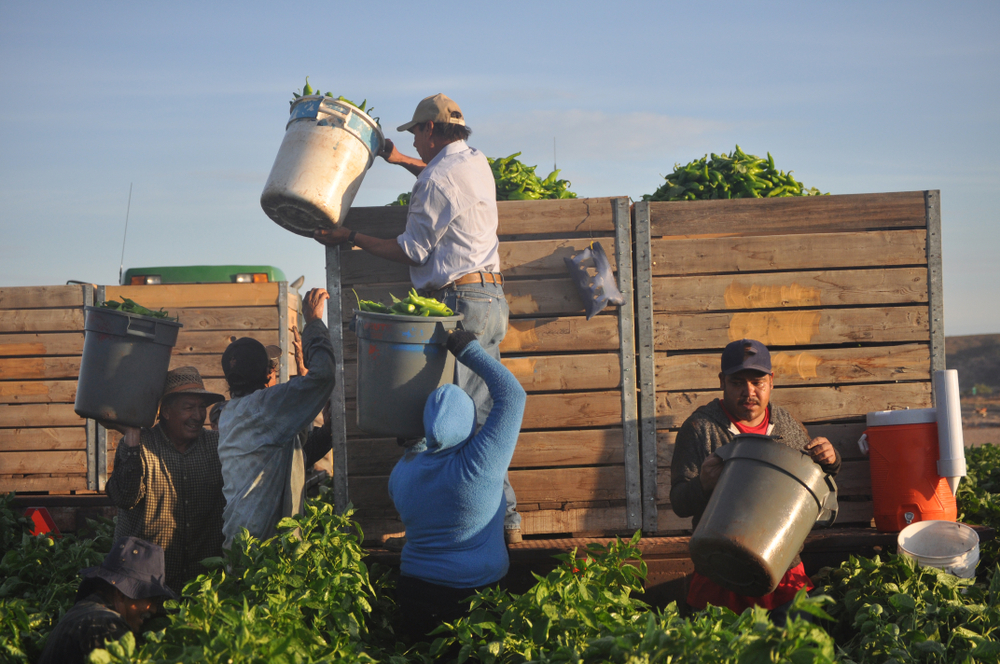 Certain workers, like grocery store clerks, were never before given much in the way of pay or recognition, but are considered essential during the COVID-19 pandemic.

Those workers have, in the case of grocery store clerks, organized for better pay, sometimes with the assistance of politicians who recognize how vital they are during this time. Farmworkers have qualified for part of this: they are now considered essential workers, for example. Other parts, like actually getting paid for risking their lives to keep the country alive? Not so much.

A new report from NPR finds that the Trump administration—specifically White House Chief of Staff Mark Meadows and USDA chief Sonny Perdue—is working “to see how to reduce wage rates” for foreign agricultural workers. This is despite very recent changes in policy to try, desperately, to get these foreign agricultural workers into the country. In short, the Trump administration recognizes how important farmworkers are, but is campaigning to not only decline to raise their wages, but actually reduce them.

Sonny Perdue has repeatedly declared that wages for foreign farmworkers are too high over his time as USDA administrator. He said during a Farm Bureau meeting prior to the COVID-19 pandemic that agriculture has a nearly $15 minimum wage, far higher than for other industries. Foreign agricultural workers have a different minimum wage than other workers, defined by something called the adverse effect wage rate, which is calculated by the Department of Labor.

Cutting wages for foreign farmworkers has clearly been on Perdue’s to-do list for quite awhile, a move that would theoretically give farm owners a little bit more money. In reality, farmworkers are underpaid for skilled and essential labor that Americans will not do, and are routinely mistreated on top of that, according to various reports (here’s one from the Southern Poverty Law Center).

Yet they have not been given any of the protections that essential workers during a health crisis should have: not enough masks, gloves, health care, or space in their living accommodations, according to reports like this one from National Geographic.

Farms are struggling right now, yes, due in part to restaurant closures, a precipitous drop in demand for biofuel, and infrastructure hiccups. But reducing the pay of essential workers, who are risking their lives to perform an essential job that was already incredibly difficult, seems like the worst possible way to keep the food system in this country safe.