A new rule would keep wages at a previous rate for several years. 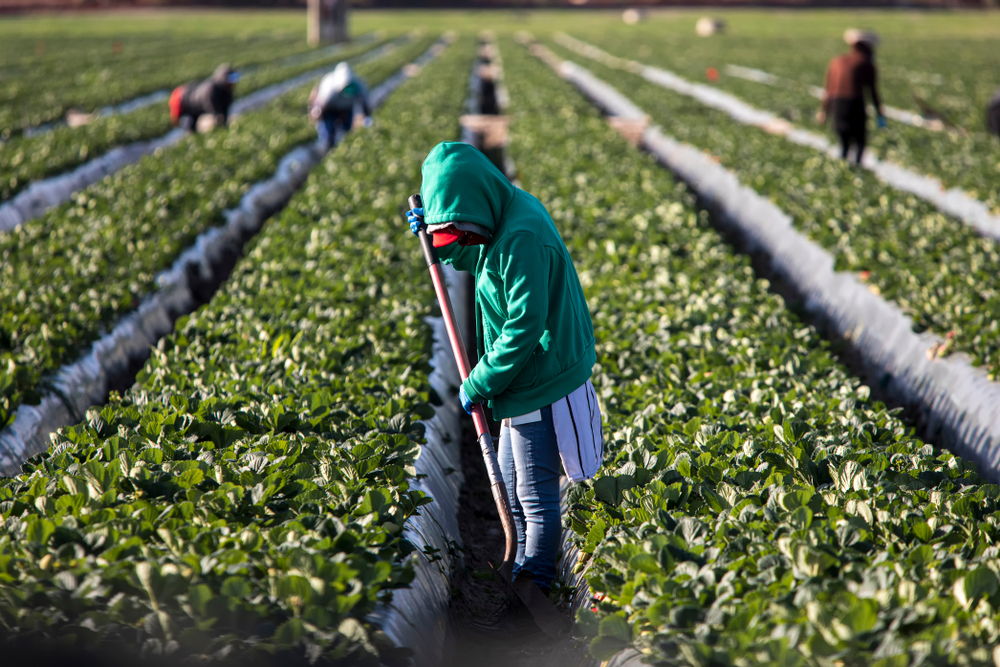 A labor group is suing the federal government over a proposed wage freeze for foreign agricultural workers in the H-2A visa program.

At the beginning of November, the Trump administration announced wages would be frozen at their current rates through 2021 and 2022. In response, United Farm Workers filed a lawsuit, reports The Packer, to stop that regulation from taking effect.

H-2A workers have a set wage that is different from other state or federal minimum wages; it’s calculated to avoid having a negative effect on the wages of American citizens. Essentially, the USDA conducts a big survey of farmers to find out what they’re paying farmworkers, then figures out an hourly wage from that. The idea is to keep farmers from paying such a low price that Americans refuse to take those jobs, which would create an artificial labor shortage where there isn’t one. It’s called the adverse effect wage rate.

On the other hand, there actually has been a significant labor shortage for farmworkers, during the COVID-19 pandemic more than ever. This wage rate is not well liked by many farmers, who see wages rise while their earnings do not rise in turn, though this isn’t particularly different from any other employer-employee relationship: the employer wants to pay as little as possible, and the employee wants to earn as much as possible.

On September 30, the Trump administration announced that it would simply not be conducting the Farm Labor Survey, which is used to set the adverse effect wage rate. The November announcement laid bare the plans for H-2A workers: the rates for 2021 and 2022 would be frozen to the rate used in 2020, which due to the canceled survey actually uses data from 2019. In 2023 and beyond, this rule would find that H-2A workers are paid in accordance with data from the Employment Cost Index, which comes from the Department of Labor and is specific to farm work.

The Employment Cost Index rises significantly more slowly than the previous wage rate, which means that H-2A workers will simply be paid less than they ordinarily would have. The lawsuit says their calculations find an average of nearly $170 million in difference per year over the next ten years, money which is being directly transferred from farm workers to farm owners.

The incoming Biden administration would have the power to change this rule, though NPR suggests that process could take “a year or more.”