These temporary workers were included in an initial ban. 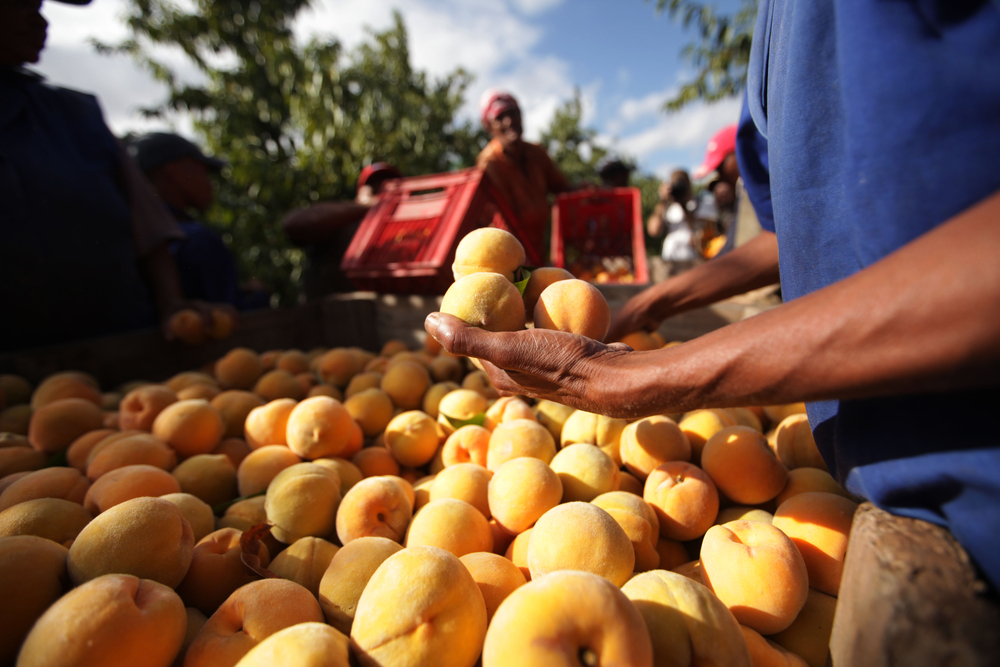 South African farmworkers have been granted an exemption from the travel ban.
Photography by JonathanJonesCreate on Shutterstock
Share
Tweet
Pin
Email

In response to an emerging strain of coronavirus that has vaccine-makers scrambling and public-health experts on edge, the United States will ban travel from South Africa for nearly everyone but American citizens starting Saturday. But to the relief of farmers who rely on seasonal workers from the African nation, H-2A visa holders will be eligible for exemptions.

That hadn’t been a guarantee for much of this week.

When President Joe Biden announced the travel ban on Monday, the White House made no mention of granting seasonal guestworkers the kind of exemption that the Trump administration had previously offered as part of its own COVID-19-related travel bans. But following a short—and apparently effective—blitz from farm interests and their allies in Congress, the State Department announced Friday morning that it would grant exemptions on a case-by-case basis after all.

“The H-2 program is essential to the economy and food security of the United States and is a national security priority,” the department said in a statement. “Therefore, we intend to continue processing H-2 applications for individuals who provide temporary labor or services essential to the United States food supply chain, as permitted by post resources and local government restrictions.”

South Africans represent only a sliver—somewhere around 1 or 2 percent, by most accounts—of the roughly 275,000 seasonal workers who came to the US through the H-2A program last year. But they are nonetheless an attractive workforce given that many arrive with agriculture experience, having worked during their country’s own growing season, which takes place during the American winter.

The travel restrictions and ensuing exemption come as public health experts sound the alarm over the dangers posed by recent mutations of the coronavirus that causes COVID-19. Of particular concern is a new variant first documented in South Africa, known as B.1.351, which is believed to be more infectious than early versions of the virus that has already swept across the globe, killing more (quite likely, many more) than 2 million people.

When the travel ban was announced, farm interests began pleading for the Biden administration to use a national-interest carve-out to exempt the seasonal ag workers from the restrictions. The American Farm Bureau Federation, the largest farm lobby in the country, sent a letter to the heads of the State Department and the Department of Homeland Security on Thursday formally requesting the exemption. Meanwhile, at least two farm-state lawmakers in Congress—Republican Reps. Frank Lucas of Oklahoma and Rick Crawford of Arkansas—circulated their own letter to colleagues trying to drum up support for one as well.

The exemption suggests that the farm lobby will continue to hold sway in Washington—albeit likely not quite as much as it enjoyed the past four years. It’s still early days in the new administration, and farm groups—like all interest groups—are looking for signs about what the next four years are going to look like in Washington. Biden has tapped Tom Vilsack to helm the US Department of Agriculture once again. Vilsack is well known to the farming world from the eight years he led the USDA under President Barack Obama, as well as the two terms he had served as governor of Iowa before that.

The Biden administration has also frozen rule changes proposed in the last days of the Trump administration that would have decreased the amount employers would have to pay some H-2A workers. So at least when it comes to the H-2A visa program, this much is clear: It is nearly impossible to believe that Biden will prove more receptive to employers’ wishes than Trump was.

Related
Animals
Mormon Crickets Swarm Oregon FarmsShea Swenson
Environment, Fish, Water
The Oyster Farmers Working to Address Aquaculture’s Big Plastics ProblemBridget Shirvell
Animals
Honeybees Are Feeling the HeatAshli Blow
Environment, Water
Facing Another Drought, California Proposes Buying Out Farmers’ Water RightsShea Swenson
wpDiscuz
We use cookies on our website to give you the most relevant experience by remembering your preferences and repeat visits. By clicking “Accept”, you consent to the use of ALL the cookies.
Cookie settings ACCEPT
Privacy & Cookies Policy