The new rule will not come into effect. 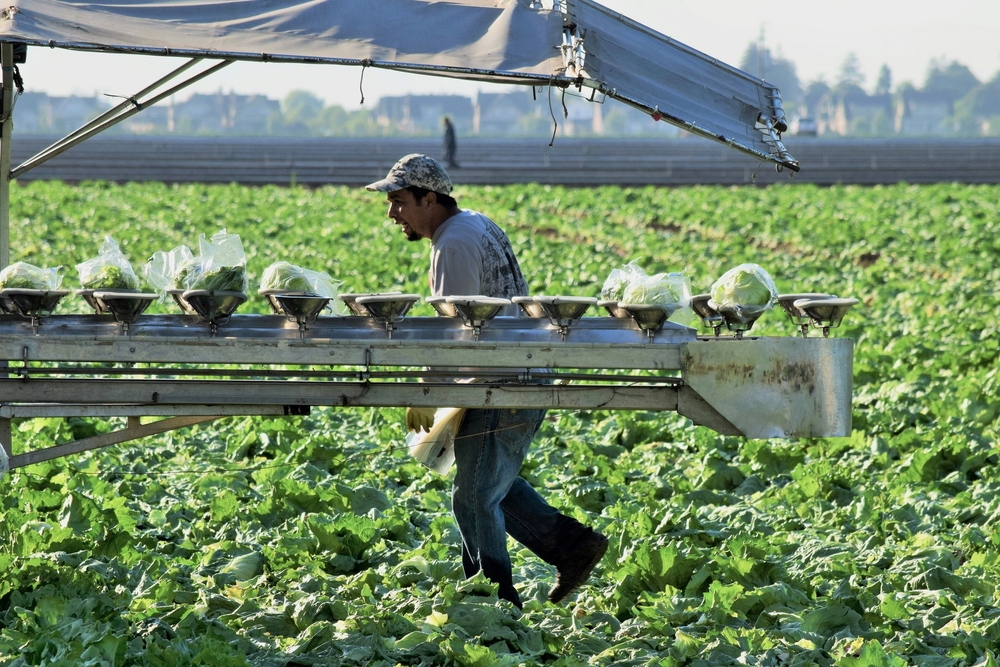 A farmworker harvests and packs iceberg lettuce in California in 2015.
Photography by David A Litman on Shutterstock
Share
Tweet
Pin
Email

The Biden administration has withdrawn new regulations that would have reduced reimbursements some temporary foreign farmworkers would receive for their travel costs.

Shortly after President Joe Biden was inaugurated on Wednesday, his chief of staff Ron Klain reportedly issued a memo saying the new administration would freeze all pending rule changes proposed by the Trump administration. This included a new rule released by the Department of Labor last week that would have made changes to the H-2A visa program for foreign farmworkers.

Under these regulations, employers would only have to reimburse workers for the cost of traveling from the US embassy or consulate where they acquired their visa, rather than from their home. Labor groups, which applauded the rule’s withdrawal, say it would have put an undue burden on workers who live in rural areas that aren’t close to an embassy or consulate.

The DOL has announced that the rule will not be published in the Federal Register, a requirement for new regulations to come into effect. The announcement said that the department will review the rule and let the public know if any further action will be taken.

On Wednesday, Biden also unveiled an immigration reform bill that would make undocumented farmworkers eligible for green cards. If passed, the bill would also give these workers the chance to become US citizens three years after receiving green cards.

Popular
7 Smokable Plants You Can Grow That Aren’t MarijuanaBrian Barth
Alaskan Salmon Face a Stream of New MinesBecki Robins
Why Don’t We Eat Turkey Eggs?Dan Nosowitz
Holey Cow: The Wonderful World of a Fistulated CowAnna O†™Brien
6 Differences Between Llamas and AlpacasAndrew Amelinckx
Explore Modern Farmer
Related
Animals, Environment, Technology
Alaskan Salmon Face a Stream of New MinesBecki Robins
Labor, Politics
For Young Farmers, Land Access Will Make or Break the 2023 Farm...Emily Baron Cadloff
States Mull Limits on Foreign Ownership of FarmlandJohnathan Hettinger
As COP27 Comes to a Close, Agriculture Initiatives Are Top PriorityShea Swenson
wpDiscuz
We use cookies on our website to give you the most relevant experience by remembering your preferences and repeat visits. By clicking “Accept”, you consent to the use of ALL the cookies.
Cookie settings ACCEPT
Privacy & Cookies Policy