There have been multiple instances of alleged illegal campaigning. 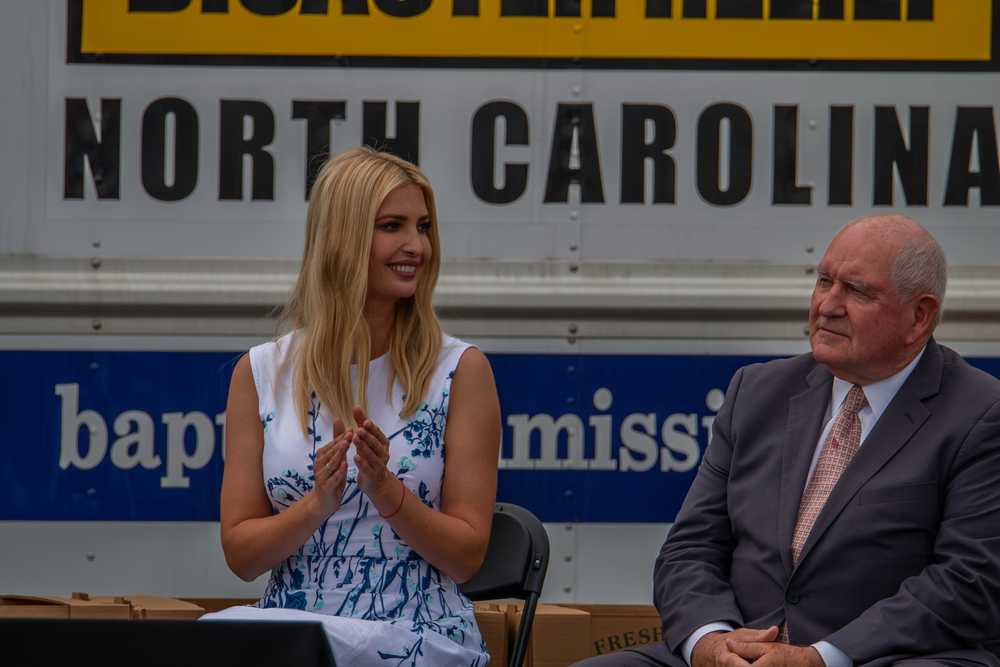 Over the past few weeks, Sonny Perdue, the head of the USDA, has been accused of several violations of the Hatch Act.

In the latest, according to a letter from several Democratic Congresspeople, “Secretary Perdue publicly advocated for area residents to vote for President Trump.” This comes on the heels of another complaint, involving political letters being distributed through the USDA’s Farmers to Families Food Box program.

The Hatch Act, which was signed into law in 1939, prohibits employees of the federal government from engaging in political action like supporting a particular candidate. It’s designed to keep those receiving and using federal, taxpayer-supplied funds from using those funds to promote one party or candidate.

In late September, the USDA’s food box aid kits began to include a letter from the White House. Those food boxes are part of the federal COVID-19 aid package, a program which was supposed to redirect food without the usual restaurant buyers to those who need it. That particular program has already attracted criticism; a report in July found that only about two-thirds of the expected box deliveries were actually fulfilled, some of the vendors chosen for the program had little to no experience with this sort of project, and some states reported not receiving a fair share of the boxes.

The letter included with those food boxes touted Trump’s part in sending them out, and was seen by many as flagrantly self-promotional and unnecessary. The Chicago Tribune spoke to food activists and law experts who suggested the letter was at best improper, and at worst a violation of the Hatch Act.

Now, as Politico reports, both ethics watchdog groups and Congressional Democrats have filed complaints against Perdue for his statements at an official USDA event in North Carolina. At that event, chants broke out of “four more years,” and Perdue referred to the attendees at the event as Trump voters who “are gonna vote for you for four more years.”

Citizens for Responsibility and Ethics in Washington (CREW), a nonprofit watchdog group, filed a Hatch Act violation complaint against Perdue for his statements. The USDA has been at the center of many Hatch Act complaints, in part fueled, as Politico notes, by the gigantic payments sent out by the Trump administration USDA to farmers—many times more money than under previous administrations. In part, those funds are meant to offset losses from the trade war the Trump administration started and escalated.