The USDA’s Food Box Program Has Not Hit Its Goals

Less than two-thirds of the number of expected boxes was actually delivered in the program's first round. 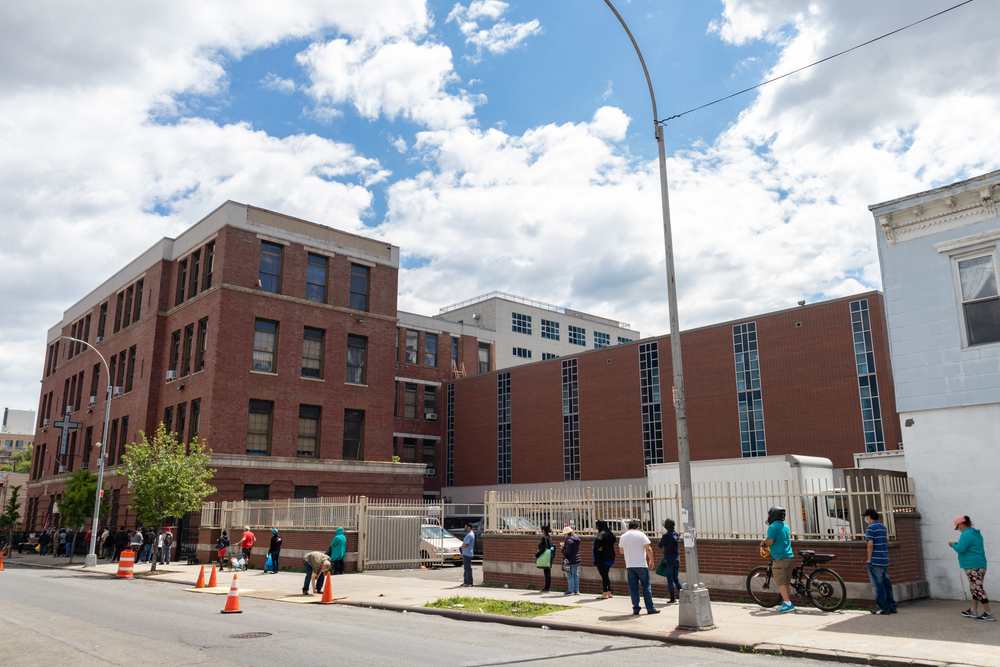 A line for a food bank in Queens, New York.
Photography by JamesAndrews1 on Shutterstock
Share
Tweet
Pin
Email
107 Shares

The USDA’s Farmers to Families Food Box program was designed to get unsold produce from farmers (who’d lost buyers) to people in need, of which there are more than usual thanks to COVID-19.

But in the months since the program’s announcement in mid-April, there have been a number of problems, including the revelation that large contracts were handed out to suspicious vendors. This week, Christopher Walljasper at Reuters reported that this all had an effect, and that far less food was actually delivered than was promised.

A major issue in addressing the COVID-19 pandemic is making sure that newly unemployed, underemployed, and unhoused people have enough to eat. Farmers who typically sell to restaurants and hotels—a major sector of the agriculture economy—find themselves with a surplus and no buyers. They aren’t set up to redirect that produce to supermarkets or food banks, so the Famers to Families Food Box program was created to help with that task.

Walljasper at Reuters, though, reports that only about 63 percent of the targeted number of boxes were delivered through the program by June 30th; the USDA set a goal of shipping $1.2 billion worth of food during that period, and hit only $755.5 million. The USDA said, in response, that any unused funds would be put toward future deliveries.

The program has been beset with issues since it began. A San Antonio-based event planning firm called CRE8AD8 was given a $39 million contract to deliver food, despite having no experience at all in that business; food banks in the area reported receiving only 40 percent of what they had been promised, and that CRE8AD8 repeatedly asked for social media promotion.

Certain states received far less than they should have, given their relative population and need, according to Virginia representatives. The Midwest Center for Investigative Reporting found that twelve states received not a single contract to a company based there.

In the program’s next round, which is in the process of being delivered, the USDA hopes to deliver $1.47-billion worth of food boxes by August 31. The program’s third round may be announced soon. But the Reuters report finds that this program, even when food has been available, has not been seamless; some managers of food banks have even had to figure out how to pick up the food themselves. This is a significant strain on these organizations, which are stretched thin in the best of times; now, around 40 percent of those using food banks are there for the first time, and overall numbers of people served are up as much as double their typical rate.

The USDA has changed its contracts with some suppliers for the Farmers to Families Food Box program, adding some and removing others. Hopefully this is just early program struggles, and the program can efficiently use its funding to get food to those who need it.

This program will save so much hassle and save so many lives. Its a great addition to a civilized world.