Can Farmers Do Something With Unsold Milk Besides Dumping It?

Researchers are suggesting using it as fertilizer. 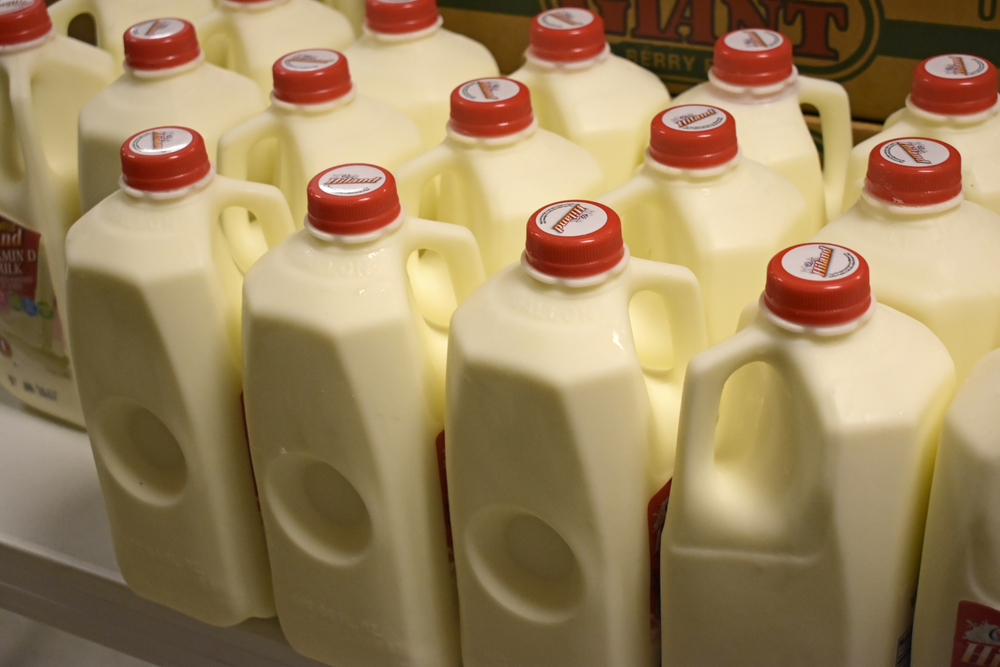 Despite empty grocery store shelves, farmers have been finding themselves with an excess of unsold products during the COVID-19 pandemic.

Without a way to sell these items, farmers are taking the nuclear option: euthanizing egg-laying hens, composting vegetables, or dumping milk. But there might be something more productive to be done with this food.

An article from scientists at the University of Minnesota looks at possible on-farm uses of excess milk. Turns out excess milk can be used as fertilizer: it has relatively high levels of nitrogen, potassium, and phosphorus, which are also the major components of commercially-sold fertilizers.

Some, though not a ton, of research has been done on the topic. One early study—early, in this case, meaning 2011—found that two gallons per acre is ideal when using milk as fertilizer. But there’s a reason why milk hasn’t become the fertilizer of choice for farmers. For one thing, milk left out in fields, well, it smells. Bad. That can be minimized by injecting or mixing it into the soil, where it’s exposed to less heat and light.

That’s good advice for other reasons, too. You’ll want to avoid using fertilizer-milk right before rain, because it will, like other fertilizers, run off into streams, rivers, lakes, and eventually oceans, and just because milk is wholesome doesn’t mean you want it in your water system.

A better solution, of course, would be to take that unsold milk and get it to people in need. The reason that there is so much milk dumping in the first place is because American agriculture has two streams of clients: the hospitality industry, and retail. Farmers can’t simply redirect their milk to grocery stores when it was meant for restaurants; they don’t have the clientele, the packaging, the shipping.

Part of the recent $19 billion aid package announced by USDA chief Sonny Perdue is destined to try to adjust that flow, to get that excess milk to food banks. But there will still be a lot of unbought milk. Maybe fertilizer isn’t such a bad idea.

Do what our ancestors did when they had a glut of milk. Make it into cheese.

Do you have to do any preparation with milk before using it as fertilizer?

Thank you for working to make this info available to the public in a “we’re looking for creative solutions”. We do want to support our farming families. Great newsletter.

Why not load it up into giant “water buffalo” tanks or tanker trucks made for milk and set up online filling scedules where social distancers can come fill jugs? I know its supposed to be illegal to sell unhomogenized milk — but there are licences for farms that pass inspection. It usually takes forever to be licensed for that, but maybe the process could be speeded up for qualifying farms. And those that can’t pass, could sell “cooking only” milk — people could buy it, but would need to cook it for consumption, like buying raw meat. To sell/deliver —… Read more »

Perhaps milk has beneficial bacteria which when applied to crops of soil can reduce or eliminate pathogens.
Use milk as a fungicide.

Back in the 60’s when Wisconsin had 60,000 dairy farms instead of the 5 or 6000 today, milk price dropped to a pittance and farmers went on strike. On our farm some of it went back to the fields and some to pigs, some went to the calves (veal is very good), and some went into mom’s wringer washer to make butter which was canned as butter oil used for cooking. The pigs would get about 100 gallons a day, the calves 20, the wash machine another 40-50 gallons per day (12-20# sweet butter) and the rest made the grass… Read more »