A New Spray Could Help Crops Hold Onto Water During Droughts

It’s being referred to as a “super hormone.” 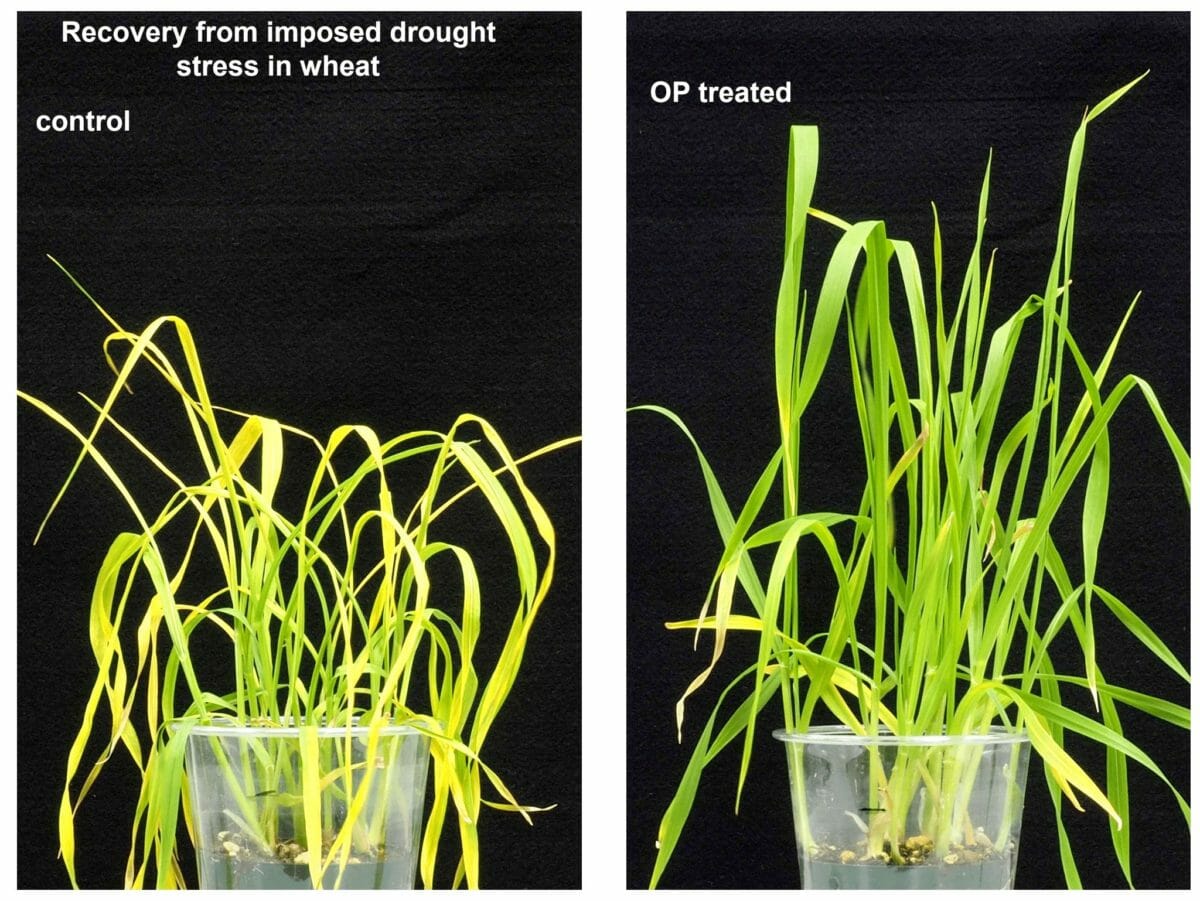 With drought becoming a more frequent and lasting longer, scientists have really been booking it to try to find potential solutions for crops.

We’ve seen dozens of potential treatments, ranging from home hacks like vinegar to simply planting drought-resistant crops to wild solutions like powdered rain. A new possibility comes from researchers at the University of California, Riverside, in the form of a chemical that triggers plants to stop growing—and start storing water.

Back in 2013, this team, led by plant cell biologist Sean Cutler, showed off a chemical called Quinabactin, which was designed to mimic a particular hormone naturally produced by plants. That hormone, called abscisic acid (or ABA), is the plant’s built-in response to drought: it conserves water rather than using it for growth. As a result, it’s a temporary fix, because the plant will essentially stop growing.

The team recently unveiled the successor to Quinabactin, which is called Opabactin. One chief issue with Quinabactin was that it did not seem to work on certain crops, including wheat, which is sort of a big issue. The team figured out why Quinabactin wasn’t working on those crops—the explanation is pretty technical but involves an interaction between the Quinabactin and the plant’s ABA receptors—and engineered a new product without that problem.

Opabactin is abbreviated as OP, also standing for “overpowered,” which Cutler says is an homage to his son’s video game vocabulary. But it seems an appropriate name, because it works on various tested plants, including wheat, tomatoes, and Arabidopsis, a relative of cabbage and kale and the go-to plant for scientific testing. Even better, the researchers found that OP works within hours after application, meaning that farmers could theoretically spray at the first sign of incoming drought, maintaining their plants until the drought subsides.

There’s no word on potential commercial implementation of OP, but some of the funding for this project was provided by Syngenta, the Swiss-based agrocorp now owned by ChemChina. Syngenta recently announced $2 billion to develop innovations to tackle climate change; this isn’t exactly doing anything to slow the progress of climate change, but it could theoretically help farmers survive a more drought-filled future.