Hemp May Soon Be Federally Legal, But Many Will Be Barred From Growing It - Modern Farmer
Plants

Hemp May Soon Be Federally Legal, But Many Will Be Barred From Growing It

The 2018 Farm Bill, whenever it’s actually passed, will almost certainly include the nationwide legalization of industrial hemp. 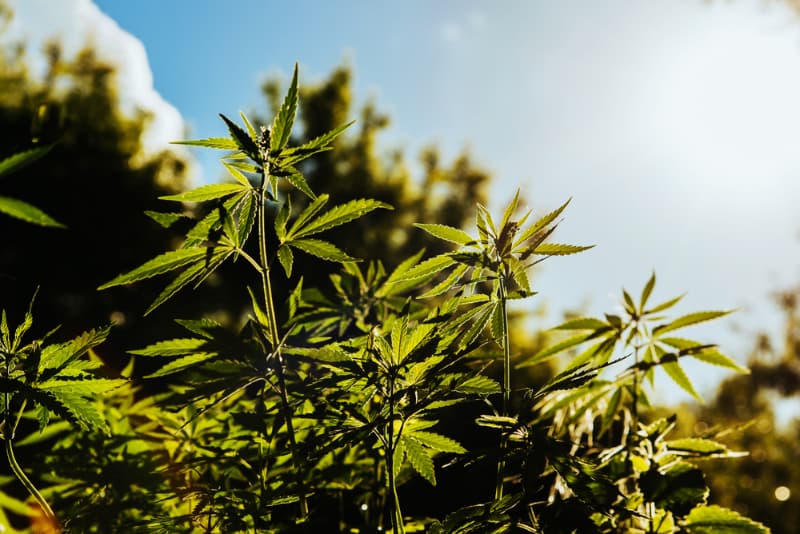 Senate majority leader Mitch McConnell has, perhaps unexpectedly to those who find themselves agreeing with only this one position of his, been a major force for legalizing industrial hemp. Industrial hemp differs from marijuana in that it’s bred specifically to have extremely low concentrations of THC, the primary psychoactive chemical in marijuana; smoke industrial hemp all you want, it’ll just give you sore lungs.

McConnell has long been a proponent of industrial hemp; his home state, Kentucky, has a long history with the crop. He told reporters last month that he “guarantees” that the 2018 Farm Bill will include a provision making industrial hemp legal, nationwide. (For more on that debate and why anyone bothers to oppose it, check out our previous article on the subject.) But the current version of the Farm Bill includes a stipulation to broad legalization: it bars anyone with a drug felony from participating in any way in hemp cultivation.

On its face, that ban is merely strange; hemp is not a psychoactive drug, and will soon be legally considered as such. Those with felony drug charges in their pasts are obviously not barred from, say, growing corn or soy or tomatoes, and yet the bill would somehow simultaneously insist that hemp is a crop just like these, and also a crop completely unlike these.

The more sinister side of this ban is, as noted by both outlets like Quartz and representatives of the hemp industry itself, that drug prosecution in the US is statistically biased against people of color. From the Drug Policy Alliance: “Research shows that prosecutors are twice as likely to pursue a mandatory minimum sentence for black people as for white people charged with the same offense.” People of color are far more likely to be stopped and searched than white people, further leading to higher incarceration rates even if, as this 2009 study indicated, the actual arrest rates are about the same. More stops means more arrests.

From an agricultural side of things, which obviously is where we come in, the ban is wildly counterproductive. This is a substantial segment of the population that is now banned from an industry that’s going to be growing quickly, and, yes, there are going to be some people who actually have expertise in growing other strains of cannabis who can’t bring that expertise to a newly legal field. Legalized industrial hemp is going to be a huge agricultural segment; CBD, a compound that’s synthesized from industrial hemp, is expected to be a billion dollar industry by 2020, all perfectly within the boundaries of the law.

This, along with figuring out how (or if) to overturn past convictions, is part of the growing pains this country’s legal system will have to cope with over the next decade as the prohibition on cannabis lessens. In the meantime, let people get jobs.

During the WW2 war years the US Department of Agriculture was directed by the department of defense to ” Increase domestic production of Help.” So the USDA through the national county agricultural agent Program developed a Advertising Campaign promoting this in rural areas and communities all across the land. Billboards and Colored posters informed Farmer’s about the subsided program whereby farmers who signed up for it would get a bonus from the federal government of some 20% over the market price.! So yes in our history not only did our Federal Government promote but also gave cash incentives for it’s… Read more »

I look forward to seeing your newsletter.

Hemp can produce plastics stronger than ones made out of oil. Henery Ford proved that with hemp body pannels . It can make paper with less stress on the environment than using trees. It is also able to get 2 crops a year in some areas. Standard Oil, Dow chemical co. and others wanted hemp baned as Dow can’t chemically reproduce it and The oil companies waned it banned as it is a better source of plastic without oil. Many more things about hemp can be found if you look and educate yourself.

Hemp has lots of uses including it makes good paper. That will annoy the lumber industry but save a lot of trees.

Interested in growing in northern Nevada on 100 irrigated acres.
Does anyone know of a Hemp Farmer-type group in the U.S.?

Be carful what you”educate” the readers with. CBD is not synthesized, it is extracted.

We have a 1400 +/- irrigated farm for sale in Eastern Colorado. The property is contiguous with good water, soils and 50’x 175’steel building. If you have any questions or would like to discuss, please contact Cary at 719-349-0478.

Popular
7 Smokable Plants You Can Grow That Aren’t MarijuanaBrian Barth
Is Agroforestry the Key to Hardier Row Crops?Shea Swenson
Goat Sex: Everything You Wanted to Know But Were Afraid to AskAndrew Amelinckx
6 Differences Between Llamas and AlpacasAndrew Amelinckx
Why Don’t We Eat Turkey Eggs?Dan Nosowitz
Explore Modern Farmer
Related
Plants, Politics
Could The US’s First Industrial Hemp Farms Be On Native American Land?Dan Nosowitz
Technology
From Farm to Fuel Tank: 5 Eco-Friendly Crops Grown for Gas and...Brian Barth
Animals, Food & Drink, Plants
Lucky Tiger: Tomato Lovers Get LuckyFred Bove
Food & Drink, Plants
5 Issues to Watch in the Senate Farm BillJesse Hirsch
wpDiscuz
We use cookies on our website to give you the most relevant experience by remembering your preferences and repeat visits. By clicking “Accept”, you consent to the use of ALL the cookies.
Cookie settings ACCEPT
Privacy & Cookies Policy