A lawsuit that has it all: corruption, environmental destruction, and a giant pool of pig poop. 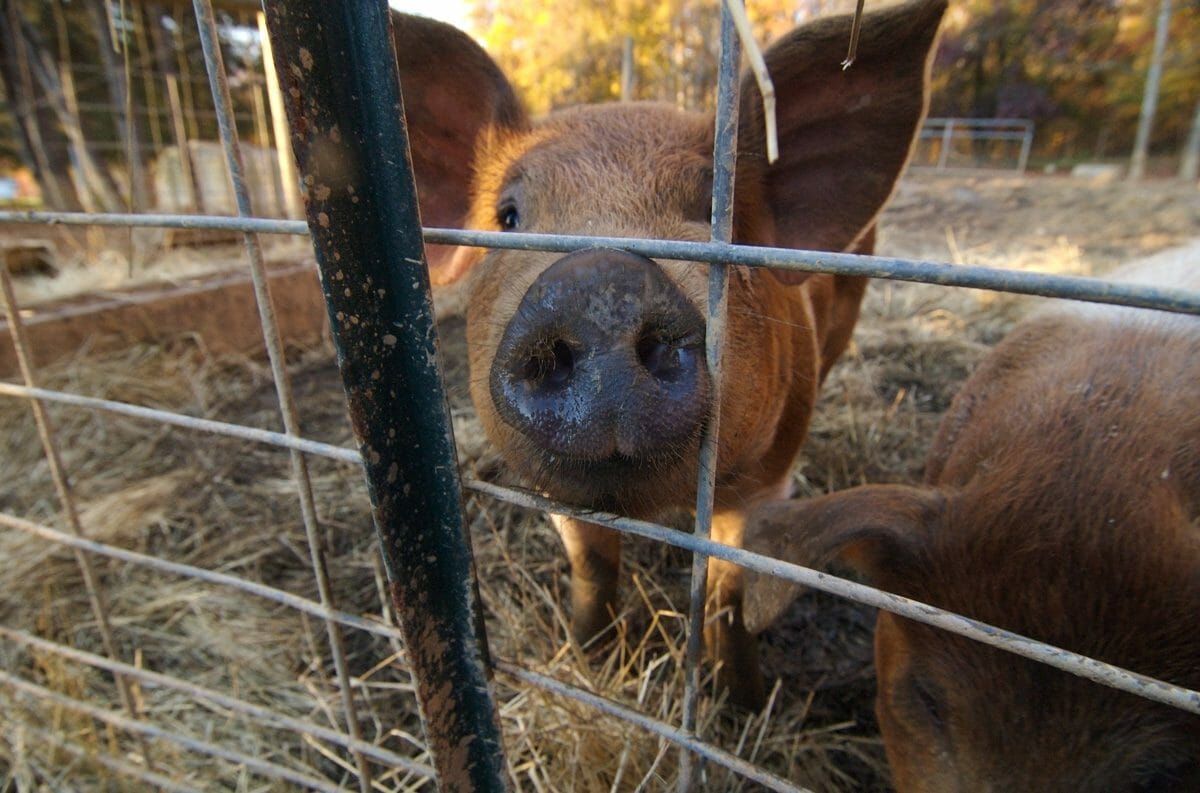 The lawsuit, like the feces pits at its center, seems to get grosser and grosser the further you investigate. Here are the basics.

In 2014, a team of lawyers began crafting a lawsuit against pork producers by using an unexpected angle: that the producers were creating a public nuisance. That nuisance? A truly repulsive stink coming from North Carolina hog farms – specifically, from an “anerobic lagoon,” a type of waste-treatment method that involves – you guessed it – a “lagoon” full of animal waste. Since then, North Carolina Republicans, armed with donations from pork producers, have done their best to quash any hope this lawsuit has of succeeding.

But the lawsuit is beginning its early stages this week.

There are sensible and environmentally friendly ways to raise hogs and dispose of their manure, but it is incredibly difficult to do that when raising hogs in large numbers. Most hogs in the U.S. are raised in CAFOs – Concentrated Animal Feeding Operations, often referred to as “factory farms” – so it’s no surprise it’s an issue here. In North Carolina, many hog operations use anaerobic lagoons to deal with hog manure; these are basically gigantic pits in which feces and urine just kind of sits until break it down, after which it is sprayed as fertilizer on crops.

These pits of feces are spectacularly awful in just about every way except financially. They leak toxic waste into the environment, they release methane gas steadily and without stop, and they smell insanely bad.

The North Carolina was filed on behalf of people living near Kinlaw Farm, which is technically independent but, as is the case with most livestock producers (especially chicken farmers), Kinlaw Farm has essentially no choice but to behave according to the wishes of its purchaser, Smithfield Foods. The lawsuit isn’t filed against the owners of Kinlaw farms, but against Murphy-Brown LLC, Smithfield’s hog production division, for which they raise their animals. The plaintiffs have called the anaerobic methods disgusting, disturbing, and unsafe, stating that it’s not even possible for them to relax outside in their yards due to the stench.

This lawsuit is up against some very difficult opponents. The public nuisance suit is an attempt to find a way to hold Smithfield accountable despite the fact that anaerobic lagoons are totally legal, but Smithfield has a great deal of lobbying power. IndyWeek has previously reported about some of the attempts to shut down lawsuits like this; a bill was drafted by Republican state politicians who have accepted significant donations from pork producers which would set a hard cap on the amount of money a person can get from a public nuisance suit. The governor of North Carolina vetoed the bill, which is sensible given how completely insane it is to protect giant corporations over individual citizens, but the state senate overruled the veto. (Other states have also passed ways to limit damages resulting from public nuisance suits, or otherwise stop local communities from putting in place tougher regulations).

The NC bill has an exemption for lawsuits already in progress, which is how the Kinlaw Farm suit is able to keep going, but new lawsuits will likely find that even filing is not worth the cost; the possible damages a lawsuit could secure are limited to the market value of the property. And the market value of the property, thanks to the stench, is not likely to be all that high. It’s kind of a catch-22, except instead of a rock and a hard place, it’s a pool filled with pig manure and a law designed to protect corporations.

Progress in the Kinlaw Farm lawsuit is ongoing; Emery Dalesio of the Associated Press has been reporting diligently. Last month, the defendants declared that it would be unfair for a jury to hear about the various non-disgusting and less invasive-to-the-neighbors methods used in other states to treat pig manure. This week, the judge presiding over the case said he would not send jurors to the farm in question to smell it. Interestingly, the pork producers were against this decision, but Dalesio noted that this could be because the producers had cleaned up the lagoon. (The plaintiff’s lawyers said this cleaning had never occurred before; it would be like inviting your mom to examine your room after shoving all your junk into a closet.)

A public nuisance suit might seem like a small issue, but this lawsuit gets at all kinds of issues inherent in the factory farming system: “independent” farmers with no control, rampant environmental destruction, corrupt politicians, rules written to favor corporations. It’s worth keeping an eye on.

Yet, nothing is done to remove the smelly human fecal matter waste ponds and that awful smell. One operation actually feeds vast amounts of people and turns waste into fertilizer naturally. The other is a liability. Absurd lawsuit.