What American Hog Farmers Think of the Smithfield Deal

With a Chinese company poised to buy America's largets pork producer, we talked to hog farmers across the country to get their reaction. 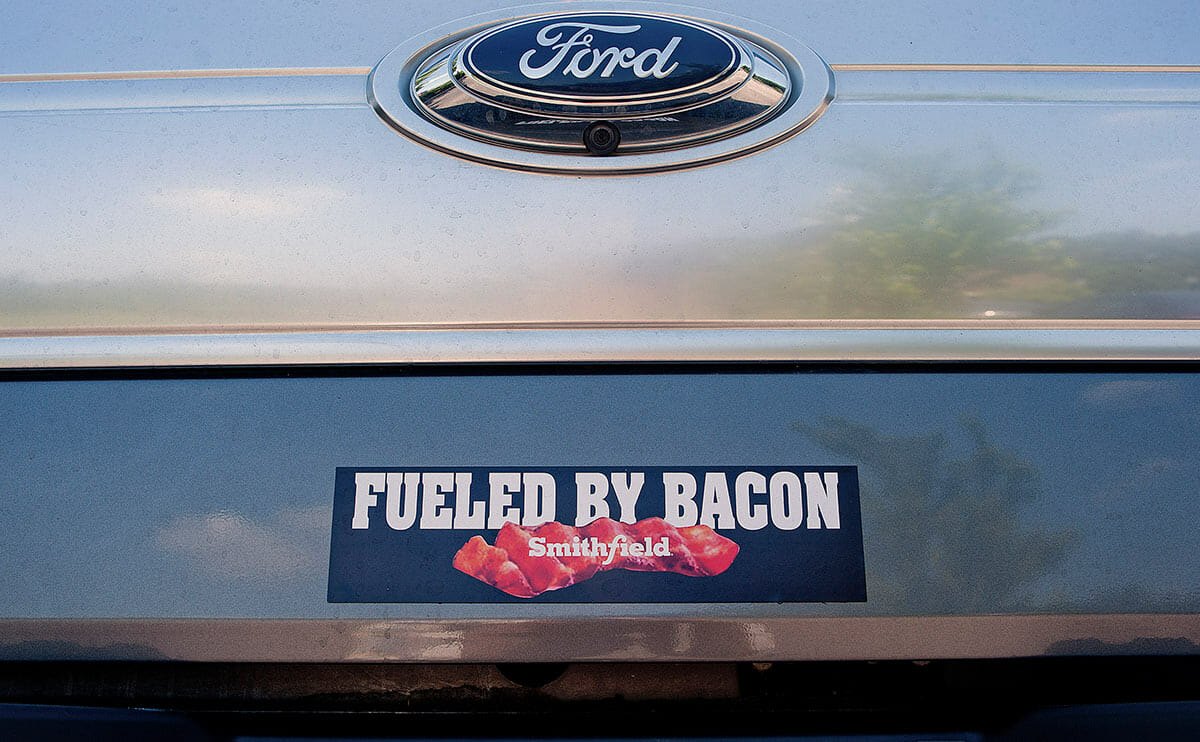 Shuanghui, China’s largest meat packer, is poised to buy Smithfield Foods, America’s largest pork producer. After checking in on reactions to the deal on Chinese social media, we got on the phone with American hog farmers to get their take on the potential takeover. Some sell pork to Smithfield or its subsidiaries, some don’t. Some manage huge operations, others run organic pig farms. But they all agree on one thing: fears about a Chinese takeover of our food system are overblown.

Lester Moeller has 9000 pigs on his farm in Mitchell, South Dakota. He’s a contract feeder for Murphy Brown, a subsidiary of Smithfield, and recently forged ties with China on a South Dakota trade mission this April. He’s excited about what the deal, if approved, would mean for farmers. “The main thing will be that more of our pork will head to China. It’ll be good for us as hog producers. Prices will rise.” Pork selling for more is good for Moeller, but what about potential downsides? “In terms of cons,” he says, “I don’t really see any, except for that from the perspective of the consumer, prices in the store will stay up.”

He doesn’t buy the hype about competition from unsafe Chinese imports. “I don’t see China importing any pork from their country into ours. We can raise it cleaner, and cheaper, and at two-thirds the price on a live basis.”

Jude Becker is the sixth generation of Beckers to raise livestock and crops on a family farm in Dyersville, Iowa. Becker Lane Organic Farm been USDA-certified organic since 1999, and now supply high-end groceries and restaurants in San Francisco, Chicago and Japan. This year he was approached by a few firms in China, and has begun to export organic pork to China. At first the export process was a hassle, but now business is starting to take off. Why? “Chinese perceive American meat as safe. There is a surprisingly negative perception of their own production.” He notes that the line of organic grocery stores he’s partnered with does all their branding in English, despite Chinese ownership and a Chinese clientele.

He does have some concerns: “If the numbers they’re throwing at me are real, it’s shocking. It raises lots of questions about how we can responsibly expand the sow herd in Iowa.” And he’s particularly concerned with making sure “the money from this ends up in farmers’ hands and not to the middlemen.” He adds, “not many farmers get to oversee their own meat sitting in customs in Taipei.”

What about a Chinese takeover of American agriculture? Becker is doubtful. “Much has been made of China’s so called global land grab. It shows their government is afraid of food security and food prices and they’re taking long-term forward looking steps to address that.” He dismisses the idea that Chinese ownership will create food safety problems in the U.S. “The only way they can make good is by behaving themselves. It’s a good thing. Now they’ve got some skin in the game in America.”

Dave Warner is Director of Communications at the National Pork Producers Council, an industry association representing pork producers and other industry stakeholders. While the NPPC has no comment on the Smithfield-Shuanghui deal in particular, he was willing to chat about what increased exports might mean for the producers he represents. “It doesn’t matter if your particular pig ends up in China,” he says, a larger international market means packers and distributors will pay more for each animal. He didn’t want to speculate about what this would mean for consumer prices, however, noting that market access in China might lead to “an across-the-board increase in production.”

Randy Spronk is the managing partner of Spronk Brothers, a family farm company in Edgerton, Minnesota. He started with 300 sows in 1991; now he markets 120,000 pigs annually to five meat packers, one of which is John Morrell — a Smithfield subsidiary. He spoke to me from the World Pork Expo in Des Moines, Iowa, and was audibly excited about the deal: “This is a jewel for us in terms of market access. China is a very difficult market to access for historical reasons.”

‘Chinese consumers will have demand for some of the parts we don’t value. It raises the value of everyone’s pigs.’

He laid out exactly why U.S. hog farmers love Chinese consumers: they want the bits that we don’t. “Right now, about 25 percent of our pork goes to China. People imagine that’s a whole hog going over there” but that is not the case. High value muscle meats are usually sold in the U.S. and Japan, while “Chinese consumers will have demand for some of the parts we don’t value. It raises the value of everyone’s pigs.”

And what about fears of a growing Chinese presence in our market? Spronk sees nothing but opportunity. “Thirty years ago we encountered the same resistance with Japan. But they’re our number one pork customer now.”

Tom Floy is an independent producer – that means he doesn’t raise pigs on contract for any company in particular. He has 150 sows on his farm in Thornton, Iowa. He’s never sold pigs to Smithfield or any of their affiliates, and is blunt in his indifference: “This deal probably won’t affect me at all.” He’s not holding his breath for higher prices either. “At this point, it’s pure speculation.” he says.

If the past is any indicator, he thinks the Smithfield deal, should it go through, won’t change much. “The way I look at it is, when JBS bought out Swift, well, they were international, but it really hasn’t changed.” JBS South America, a Brazilian company, acquired Swift Foods in 2007. He went on, “Even when Tyson took over Iowa Beef Processors, they kept all the same people there. At the plant where I take my pigs in Waterloo, it’s still the same staff, just a different company on their paychecks.”

Still think it’s a good idea to sell the largest pig and pork company in the world to the Communist Regime….greedy traitors.

Related
Animals
Destructive Grapeleaf Skeletonizer Moth Found in NapaShea Swenson
Lifestyle, Plants
The Prison Garden Empowering Women to Pursue GrowthLia Picard
Future of Food, Plants
How More Than a Century of Antarctic Agriculture Is Helping Scientists Grow...Daniella McCahey
Lifestyle
These Farmers and Ranchers Turn Trash Into TreasureBridget Shirvell
wpDiscuz
We use cookies on our website to give you the most relevant experience by remembering your preferences and repeat visits. By clicking “Accept”, you consent to the use of ALL the cookies.
Cookie settings ACCEPT
Privacy & Cookies Policy