Smithfield Will Bring Home China’s Bacon, But at What Cost?

Yesterday, Shuanghui International, China’s biggest pork producer, announced it would buy Smithfield Foods, America’s biggest pork producer, for $4.7 billion in cash. If the deal goes through, it will be the biggest takeover to date of an American company by a Chinese concern. And “concern” is a word being expressed by a number of environmental […] 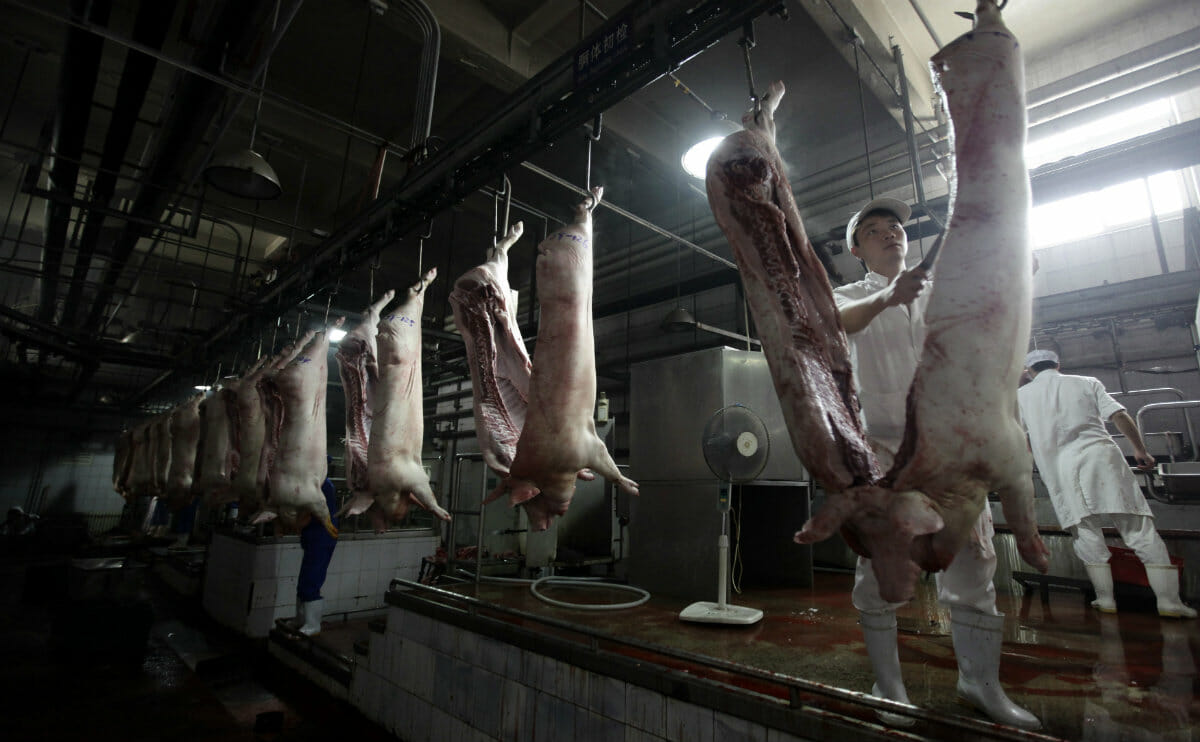 Yesterday, Shuanghui International, China’s biggest pork producer, announced it would buy Smithfield Foods, America’s biggest pork producer, for $4.7 billion in cash. If the deal goes through, it will be the biggest takeover to date of an American company by a Chinese concern. And “concern” is a word being expressed by a number of environmental and consumer watchdogs in reaction to the deal, thanks in part to China’s myriad food safety issues and the environmental impact of increased export demand for pork.

In a statement released yesterday, Wenonah Hauter, Executive Director of Food & Water Watch, said, “While [the deal is] making business news headlines, U.S. consumers will likely not take notice of the change, but it will show up on their plates in the form of farmer exploitation, more factory farms and a more complicated supply chain that leaves consumers at higher risk of food contamination.”

To learn more about the potential issues at stake in the Smithfield take-over, we spoke with FWW’s assistant director, Patty Lovera.

Modern Farmer: What are FWW’s chief concerns about the deal?

Patty Lovera: There are short-term and long-term answers to that. The deal is being hyped up as an export opportunity – you hear a lot about the magic of exporting for helping American farmers, but we’re worried that in the medium- to long-term there will be pressure to import product from China. Right now, the USDA won’t let them, but it’s considering importing poultry. You see trade pressure change when American companies become transnational, which is not good. In the long-term, we’re very concerned about this turning more import-focused, and are concerned about food safety: we think that this is really going to put a lot pressure on the USDA to let these products in.

I think in the short term, if we take them at their word that it’s export driven, if I look at a state like North Carolina or Iowa, which are big hog producers, it’s not good news to me – there are communities around these pork farms that are dealing with waste and public health issues, and more demand will mean more of that.

MF: What do mergers like this mean for American hog farmers?

PL: This is a trend we have: the American meat industry is notorious for being incredibly consolidated. The poultry industry is bragging about vertical integration, and vertical integration has not treated American farmers very well. It’s hard for farmers to get a fair deal in that sector. If they’re going to continue the trend of making pork vertically integrated we don’t think American pork farmers will win – they’ll be given take-it-or-leave-it contracts that won’t give them a fair deal.

When you talk to a lot of producers, especially in beef and pork, they’ll talk about having less options. Numbers of farmers are leaving the field. A classic example of that as in the late ’90s, when tens of thousands of farmers were getting out of the business. The long-range trend has been less farmers, and the ones that do remain are more industrial.

MF: What are your biggest environmental and consumer concerns with a deal like this?

PL: Export focus, even in the short term, does have environmental impacts. If you’re ramping up for sending products to China, the costs, like more odors and waste, stay here while the product goes elsewhere. On the consumer front, what an export-driven scenario does to consumer prices remains to be seen, but for all this talk about efficiency and how mergers make better industry, consumers are not seeing their prices go down. It’s more efficient for the companies and their shareholders, but it’s not translating to a cheaper food supply.

PL: Right. The company has a track record of problems, specifically with drug residues found in its pork. That raises concerns on what decision-making structure will be in place – what will be done to meet U.S. standards?

MF: So all in all, there’s a grab-bag of potentially very problematic issues this deal poses.