Of All Things, Seaweed Could Drastically Reduce Cow Farts and Burps

This (not so new, but definitely strange) additive could reduce methane emissions by more than 99 percent. 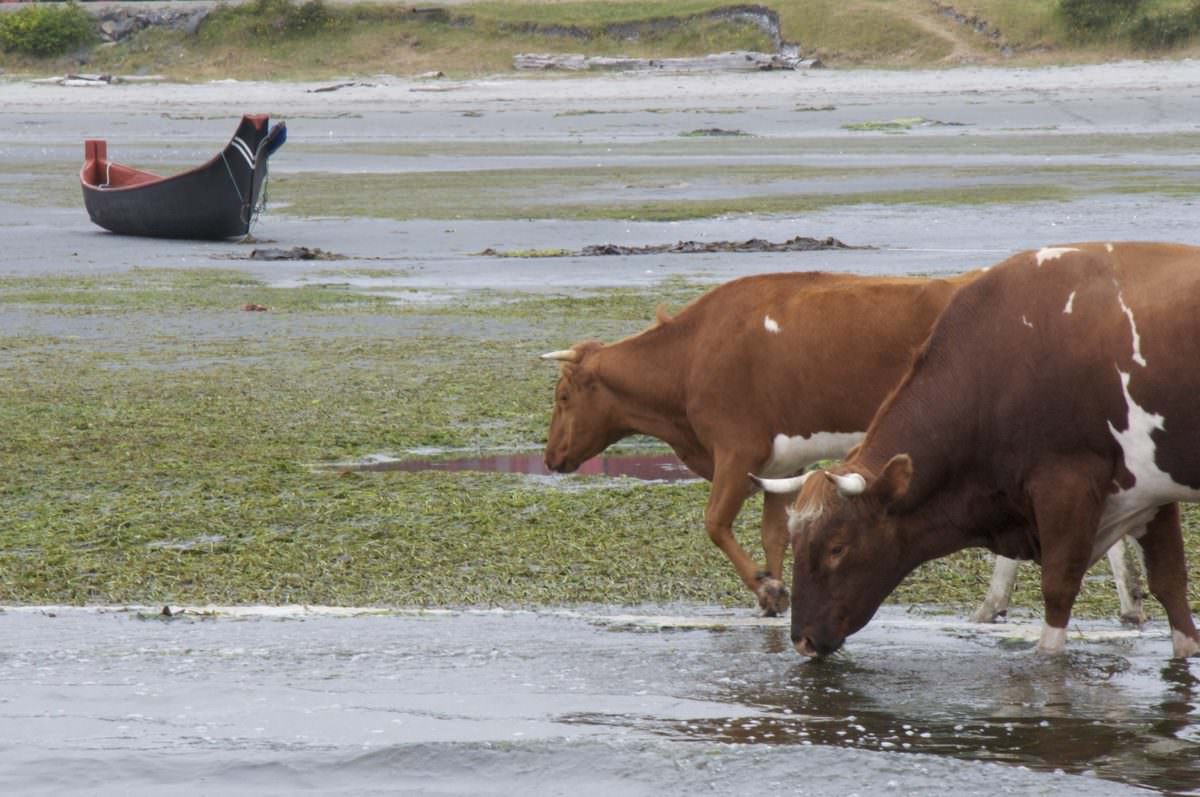 The Conversation alerts us to a particularly strange and charming new discovery: A team of Australian researchers experimented to figure out what happens to a cow’s methane emissions when it eats seaweed.

This particular discovery is both very new and very old; studies note that livestock kept near the sea has always shown a proclivity for eating seaweed. But with the vast majority of cattle kept in the interior of the continent, the effects of the diet haven’t been well studied.

The researchers experimented with 20 different kinds of seaweed, to varying effects, but found that two varieties found off the coast of Queensland in Australia have completely bonkers results. One, Asparagopsis taxiformis, is actually one of the most popular varieties for human consumption, figuring heavily in the cuisine of Hawaii. (If you have a really good poke, there’s a decent chance there’s some of this seaweed in there.)

A. taxiformis, the researchers found, reduced methane emissions in cows by more than 99 percent, at fairly low doses – making up only 2 percent of the cow’s diet. Apparently the seaweed contains a compound called bromoform that prevents the cows from producing methane as a byproduct. (The second species, Dictyota, reduced methane emissions by 92 percent.) This is, frankly, huge: Methane emissions from cows are a very big problem, contributing to climate change as well as forcing ranchers to give the cows higher volumes of feed to make up for what’s lost in the methane-producing process.

A. taxiformis is already produced commercially for human consumption, but of course to scale up enough to feed even a small percentage of the world’s cattle would require massive expansion. Still, it doesn’t seem impossible, and could be part of a whole new wave of seaweed agriculture.