Ceviche, Poke, Crudo, Carpaccio: Your Guide To Raw Fish Dishes Around The World

What does it all mean? Besides delicious uncooked fish, of course. 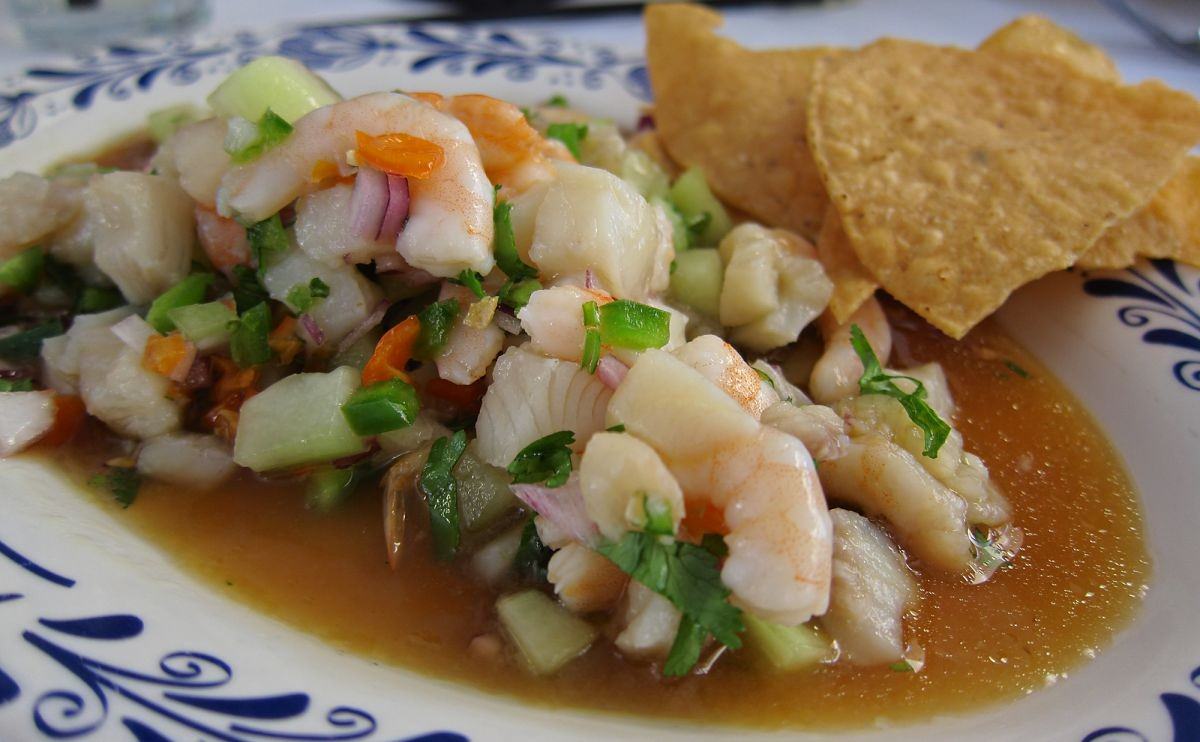 Given that this list is inspired by the poke-craze, we should narrow our criteria down a bit. Merely the absence of heat doesn’t necessarily qualify a dish for inclusion on this list; lox, gravlax, and nova, for example, are brined and/or cold-smoked to cure them, but are typically eaten as an appetizer, rather than a main course. Escabeche (or the Caribbean version, escovitch), appears very similar to a ceviche, but is typically cooked, either fried or poached, which disqualifies it. Crudo and carpaccio, too, aren’t really dishes, but more just adjectives meaning “raw”: They can refer to any protein served in any way.

What we’re getting at here are raw or marinated fish dishes, served as a main course. These dishes are gaining steam even away from the coastal regions where raw fish is an old tradition, partly because the US is ever-hungry for new and more exotic foods, but also because raw is an excellent way to appreciate high-quality seafood. These dishes came about as a way to celebrate and make use of the local catch, and have taken on different characters based on the different fish caught in different parts of the world. Eating a raw fish dish is a way to really see and taste what it’s like to live along a certain coast.

That said, there is, as with any seafood dish, a high risk of eating something you shouldn’t. In general, you should opt for pretty high-quality stuff here, to avoid the risk of food poisoning (which, to be fair, is a lower risk than you might think). But even more, you should be careful not to eat certain species of fish. Seafood Watch, run by the Monterey Bay Aquarium, is the leading resource for learning about fish – you’d be surprised how many common species (bluefin tuna, for example) you should just…never, ever eat. Anyway, here’s our list! 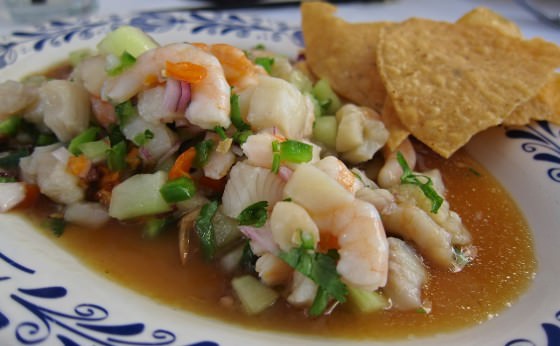 Most associated with the coastal region of Peru, ceviche has spread to most of Latin America and even up into North America. At its core, ceviche consists of raw seafood marinated in strong citrus juice. The variety of seafood, type of citrus, length of marination, and garnishes (often herbs, vegetables, and chiles) vary considerably based on where the ceviche comes from; a Mexican ceviche may have little in common with a Peruvian ceviche. Types of seafood often include shrimp, squid, white fish like sea bass, and shark. Often it’s served with something crunchy, like fried green plantains, popcorn, or fried tortillas. Occasionally it’s mixed with tomato sauce or even ketchup. In Peru, the marinade itself is incredibly acidic, salty, and spicy, and is sometimes served in a shot glass before the meal. This is called leche de tigre, which mean’s “tiger’s milk.” 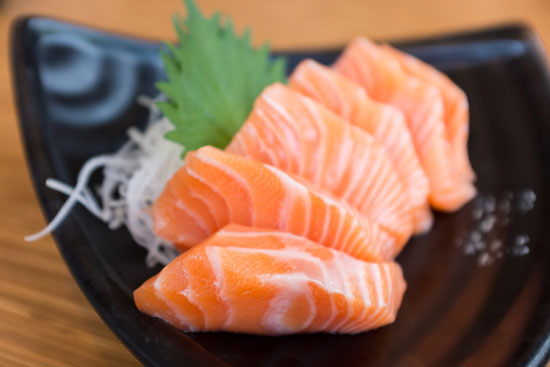 Sashimi is a very old Japanese preparation, and one of the seemingly simplest. The dish consists of carefully sliced raw fish (and occasionally meat) that’s not typically marinated and often served with no sauce and minimal garnishes. Unlike other raw fish dishes, sashimi is not preserved with acid or smoke, but given a slight extension in shelf-life due to the method with which the fish is killed, a spike through the brain known as ike jime. (Sushi, for what it’s worth, refers to the vinegared rice and not the fish; any topping with sushi rice is considered sushi.) Common fish for sashimi include salmon, tuna, squid, mackerel, and sea urchin. The Korean dish hoe, when it includes seafood, is extremely similar and differs only in that it is usually served with a sauce (soy, chili paste, that kind of thing). 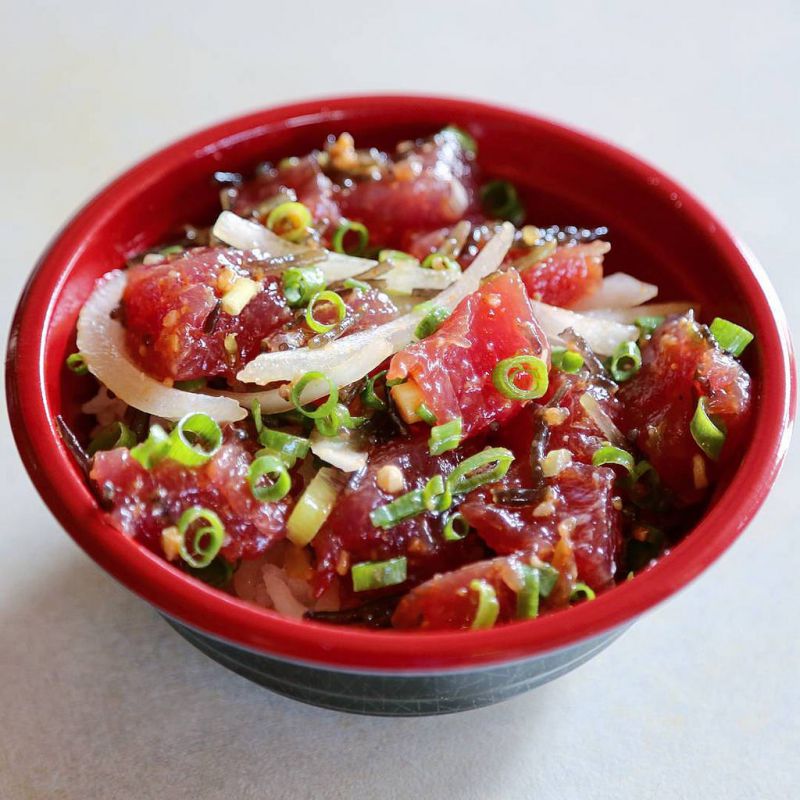 A sort of hybrid ceviche/sashimi dish, the Hawaiian poke (POH-kay) is, these days, usually a bowl of cubed raw fish, sometimes served over rice, in a sauce. Most commonly it’s dressed with soy sauce, seaweed, and sesame oil, but it’s not uncommon to see Japanese mayonnaise, wasabi, hot sauce (often Sriracha), onions, avocado, or basically anything else in poke. It’s a fairly young dish; raw fish has been eaten by Hawaiians for centuries, but the dish recognizable as poke dates back perhaps to the late 19th century. It’s also one informed by immigrants, so poke is a particularly fluid dish. On the US mainland, the word “poke” tends to be used to refer to any dish of cubed raw fish in a bowl. 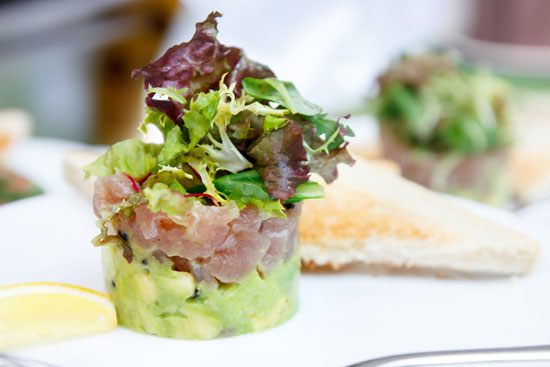 Traditionally a French dish consisting of minced raw beef, seasoned heavily, and often served with a raw egg yolk, the basic preparation has been extended out to other proteins. Tuna tartare is perhaps the most common: It’s also a mound of finely chopped raw flesh, seasoned with basically anything, and served with something to put it on, like toast. Tuna tartare dates to the 1970s at a restaurant called Le Duc, in Paris. 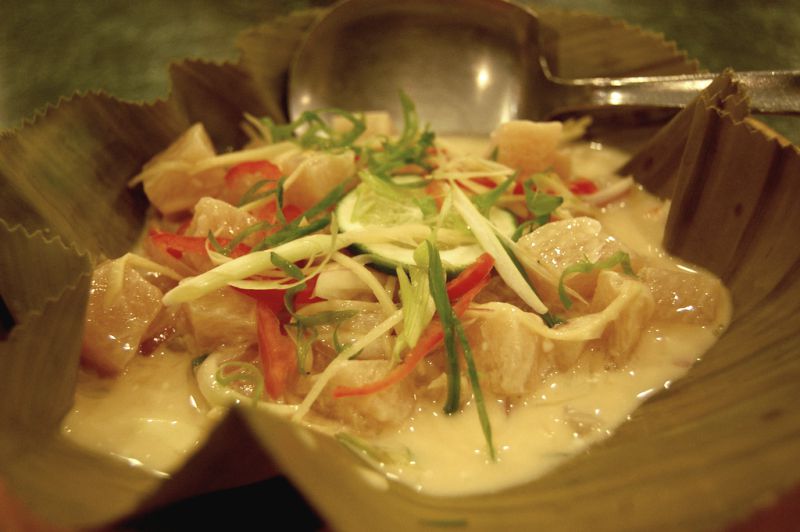 One of the many examples of the cultural overlap between the Philippines and former Spanish colonies in Latin America, kinilaw is a raw fish or meat dish fairly similar to ceviche in concept. Kinilaw, though, usually uses the small green citrus fruit called the calamansi rather than the more typical limes of Latin America, and sometimes uses coconut milk as well. Tuna and shrimp are common. A variant called ota ika can be found on various Polynesian islands, though it’s more commonly called by its French name: poisson cru, or “raw fish.” 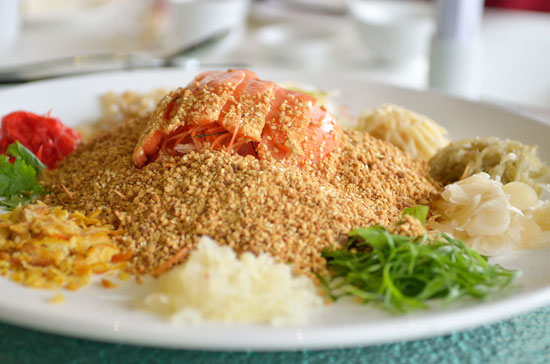 There are plenty of regional variations on raw fish dishes throughout China, but the best-known is probably yusheng, a raw fish salad often served during Chinese New Year celebrations. It’s a party dish; an elaborate salad of strips of raw fish (usually salmon) tossed with everything from vegetables (daikon, carrots, chiles) to herbs (cilantro, parsley, lime leaves) to seeds and nuts (peanuts, sesame seeds) and heavily dressed with a vinegar-based dressing. It’s perhaps more common within Chinese communities outside China, especially in Malaysia, where it was created in the 1920s.

[…] Ceviche, Poke, Crudo, Carpaccio: Your Guide To Raw Fish Dishes Around The World […]