Introducing the Weekly Glean, Modern Farmer's roundup of what you need to know in agriculture this week. 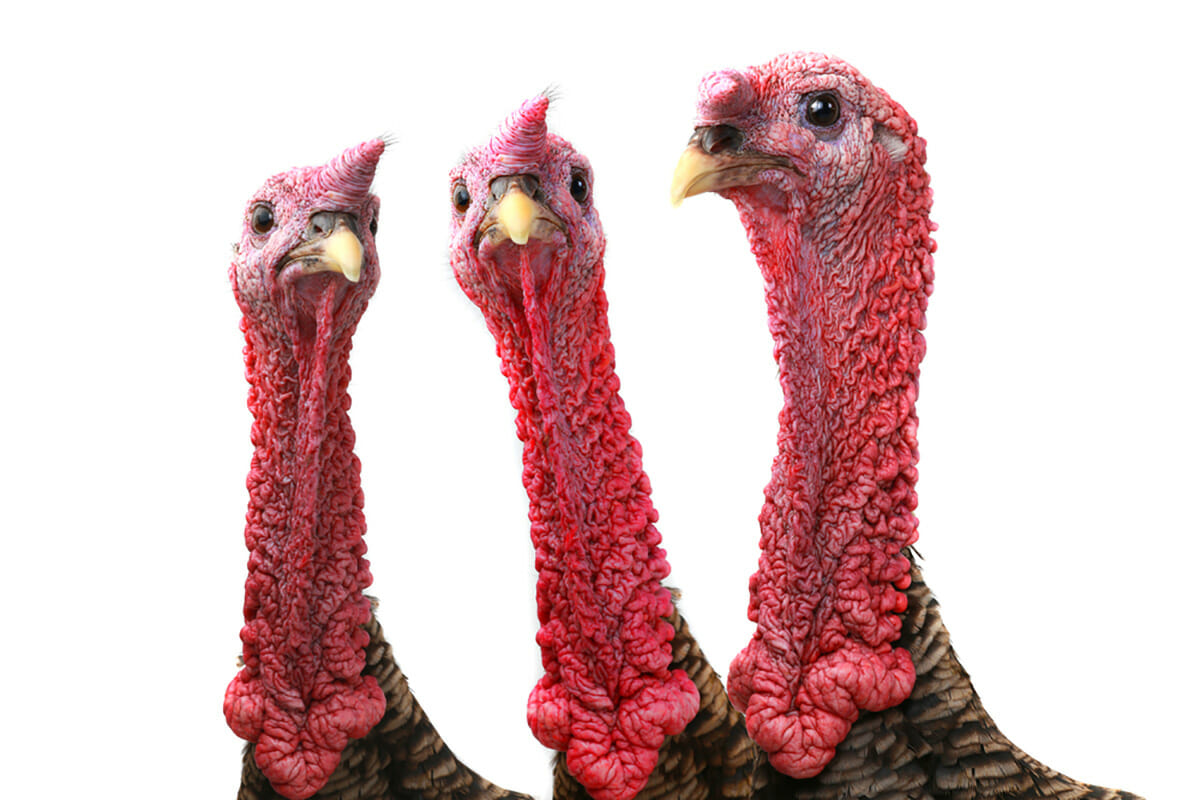 It will include news both silly and important, journalism both short and longform, pictures of goats climbing things they really shouldn’t be climbing, advances in food technology, whatever the next kale is, and all kinds of other stuff. It will, with any luck, give some context to quick hit stories as well as giving you lots of fun facts that will astound and amaze your friends, family and coworkers! I love fun facts.

This first week, we’re talking about Thanksgiving. Given that this might be the one day per year Americans actually eat turkey in its non-deli-sliced form, let’s do some reading on this most noble and ridiculous American fowl. Time explains why the turkey shortage isn’t so short, the New York Daily News finds the provider of this year’s recipient of the presidential turkey pardon, and a supermodel named Chrissy Teigen used popular microblogging application Twitter to say that she doesn’t think turkey is all that good. We would beg to differ, and offer brilliant Southern chef Sean Brock as a witness on the pro-turkey side of the debate.

And what do you know, Modern Farmer has some fairly extensive Turkey Day coverage: How did turkeys get broad, white breasts? Also, what’s up with wishbones? Need a halal turkey? You’re in luck! Just don’t go bowling with it. In fact, here’s a whole list of Do’s and Don’ts for hosting a holiday meal.

The New York Times rounds up one quintessential Thanksgiving recipe from each state, The Washington Post recommends some artisanal ciders, and BuzzFeeá´… doubles down on “Friendsgiving” by giving it a Friends theme. Apparently Friends is also the name of a TV show from the 90s.

And in case you’re too full to read, here are two nice videos: first, President Bartlett can’t bring himself to pardon a turkey, and second, a small hamster eats a tiny, meticulous Thanksgiving meal.

In Liberia, labor shortages from ebola are forcing farmers to eat their seeds — very bad news for the future.

McDonald’s has its worst month in 10 years–maybe those hardy GMO potatoes are looking a bit more appealing now.

The Pope wants to spread the agricultural bounty of major producing countries throughout the world. We…agree? Who would disagree with this?

The EPA is doing a study on food waste, which is an enormous problem in this country, and NPR has an examination with a glimpse at one of the test families.

There’s a new bird flu, in the Netherlands. Great.

I love Wikipedia, and will argue for hours and hours with anyone who dares criticize the largest and most hilarious store of human knowledge in the history of the world. Each week, I will be picking out one or maybe more than one Wikipedia page to shine a spotlight on. First, on the Turkey theme: Check out Benjamin Franklin’s letter championing the turkey as the national bird. You can see his odd duck sense of humor in full: The bald eagle, he says, “is a Bird of bad moral Character,” while the turkey is, “though a little vain & silly, a Bird of Courage.”

THIS WEEK IN WEATHER

That’s it for week one! Hope you enjoyed it! Hope you clicked on a link or two! If you did, sign up to get it directly in your inbox every week! More exclamation points.