Must preparing for holiday meals be a matter of grim survivalism and covert binge drinking? Surely not. We show you how. 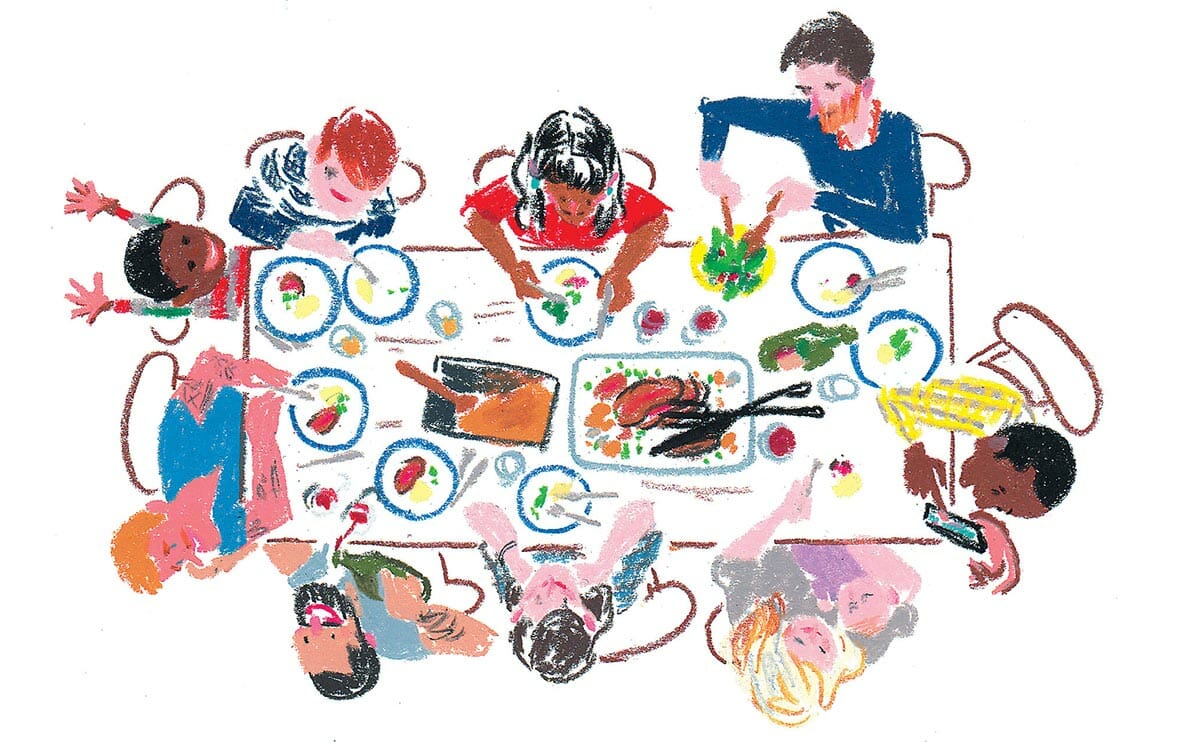 Sure, you’d like to use up the CSA box and all that your garden flings up from the earth, but remember there is such a thing as tradition. (There is probably no way to make sweet potato”“marshmallow casserole healthy, for instance.) Feel free to update beloved standbys like green-bean casserole, but do not reach for the moon, lest you perish, gasping, among the stars. “Make a fresh-cranberry relish and keep the canned stuff on hand,” says Saxena.

Do: Pick your battles.

Yes, you’re psyched about getting eggs from your own chickens. But your sister-in-law who thinks backyard chickens are “gross” might not be. Unless she asks, tell her where the eggs came from after she’s finished her custard, or not at all.

Do: Know your limitations (and those of your guests).

If you plan on hitting the store before the meal, offer to bring a nice wine instead of a plastic-wrapped pie. (But hosts: If someone brings grocery store pie, no need to shame them. The person who brought fresh-baked cobbler will do that for you.)

Do: Remember it’s the kids’ table, not the kids’ menu.

Don’t let those miniature tyrants bully you into cooking a second meal. They have to learn to love heirloom eggplant sometime. “I’m of the idea that children should learn how to eat ‘adult food’ as much as they can,” Saxena says.

Those who must restrict their diets on this holy food holiday have an obligation to speak up in advance, according to Saxena, or deserve to go hungry.

Losing your mind worrying whether every last ingredient was grown in a beautiful, sustainable garden approved by Alice Waters is a waste of time. YOLO, after all.

Don’t: Deep-fry the entire carcass of any bird unless you have done so before.

You did not get on a waiting list for a free-range, local bird whose middle name is Gwendolyn just to set it on fire. Learn from Saxena’s mistake: “Once I hosted Thanksgiving dinner and decided it would be a great time to deep-fry a turkey, except the pot we borrowed was the wrong shape and we didn’t have enough oil and it was so windy that the fire kept going out. Everyone was trapped inside drinking and waiting for hours, until finally my stepdad grabbed the half-cooked turkey, cut it up and threw it in the oven.”

Don’t: Worry about being the first to grab seconds.

Wait until everyone else has had firsts. Watch carefully, then make your move and get yours.