Seven of the Strangest Things Done to Turkeys Around Thanksgiving

Bowling, curling, and even a little feather-dyeing. 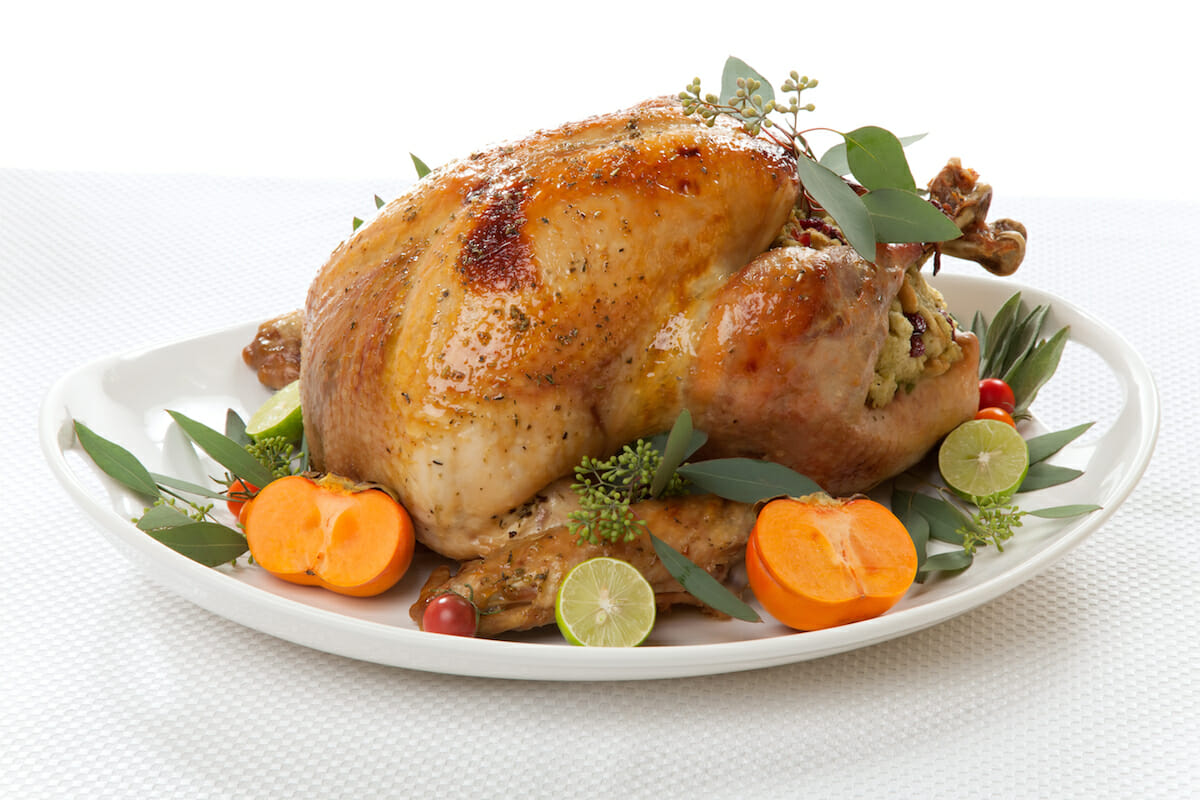 Kings of Neon
Waddling Easter eggs? Nope, just a bunch of pastel-colored cluckers. At Gozzi’s Turkey Farm in Guilford, Connecticut, the birds get gussied up in (presumably) nontoxic dye, meandering around like a bunch of idle Mardi Gras attendees. (To their benefit: Gozzi’s doles out many of its birds before T-Day, but the colored turkeys stay on display through Christmas.)

Gutter Bird
Bowling bowling bowling, keep them turkeys bowling. It’s exactly what it sounds like — a frozen bird, ten pins, a makeshift alley, and a bit of creativity. In towns like Council Bluffs, Iowa, local businesses host charity bowls ahead of the holiday. If you think you’ve found your winter sport calling, consider traveling to International Falls, Minnesota, in January, where the annual Icebox Days includes several hours of competitive turkey bowling. (That’s the kind of sport you invent when your wintertime temps hover around minus 30 degrees Fahrenheit.)

Curling Sue
Curling may be the punchline of the Winter Olympics, but turkey curling is another bird entirely. The town of Laramie, Wyoming, hosts an annual frozen-bird curling contest that might pit the Gravy Trains against the Clucker Chuckers in a fight for ice turkey dominance.

You’ve Got Balls
Turkey testicles? Turkey testicles. For 32 years, the Parkside Pub in Huntley, Illinois, has thrown a Thanksgiving eve blowout with hours of live music and a menu that centers around, yep, turkey nuts. Five bucks a pop. Bet they taste just like chicken.

Shoot ‘Em If You See ‘Em
A tradition revived: for the first time in 34 years, Utah residents can hunt their own butterball. Where once the turkey population had dwindled precariously, now the state’s numbers are healthy enough that 295 hunters were granted November licenses this year.

A Tosser
Basting frustrations? Toss that turkey. In Huntsville, Alabama, the annual Walter Jones Turkey Bowl invites competitors to hurl frozen birds from a shot put ring in the name of charity. (Walter Jones is a former Seattle Seahawks All-Pro offensive tackle and presumably was not allowed to compete against the mere mortals.) Enthused competitors nonetheless complain about the slippery and unequally weighted shot put. “Nothing prepares you for a turkey toss,” explained eventual winner James Smallwood. Indeed.

20 Pounds. Ten Minutes. Go.
Competitive eating contests are always spectacles of beauty, but the World Turkey-Eating Championship is its own lark. Each contestant gets a 20-pound turkey and ten minutes to eat as much of it as possible. And who triumphed? Longtime hot dog hero Joey Chestnut, who managed to gobble gobble 9.35 pounds of white and dark meat, good enough for a new world record.