Heartthrob Chris Soules is the next season's 'Bachelor' -- and he's one of us. 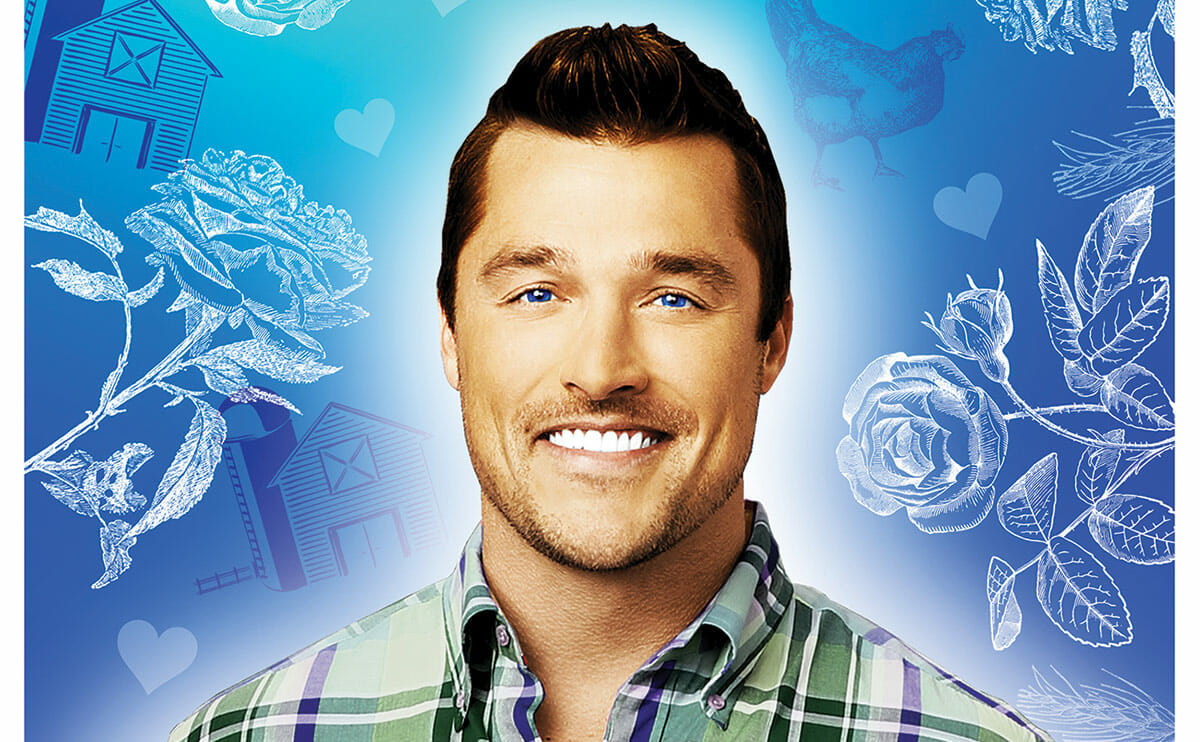 The idea is to create a “perfect guy,” with the pecs of a Ken doll and the bank account of Richie Rich.

Heads turned, then, this past season, as “The Bachelorette” featured an unexpected suitor: a farmer. When broad-shouldered Chris Soules wanted to impress Andi Dorfman, aka the Bachelorette, he set up a picnic in a cornfield in his hometown of Arlington, Iowa, and took her on a romantic tractor ride. “You go, farmer!” Dorfman intoned in a voiceover, which quickly became a mini-meme online. Meanwhile, Soules became one of the most popular contestants on the show, going on to win the ultimate prize: Soules is next season’s “Bachelor.”

After decades of being ignored on TV and in movies, farmers need to get ready for their close-up.

After decades of being ignored on TV and in movies, farmers need to get ready for their close-up.

Already, hundreds of farmers have taken to social media to profess excitement at having one of their own on screen. One woman wrote, “He gets my vote just for being a farmer!” When reached by phone, Soules himself estimates that 30 percent of the personal messages he gets via social media are people thanking him for finally showing a real Iowa farmer on TV.

“Producers in L.A. were just amazed by everything they saw,” Soules says, speaking of the hometown visit to Iowa. “They ask a few questions and their mind is blown about how much goes into everything we do and how technical it is and what the farming process is actually like.”

The attention at home has been just as intense. Soules said he was recently pulled over by an Iowa sheriff while speeding to a flight. The sheriff was so proud of how Soules was representing Iowa that he let him off without a ticket.

Starting in the 70s, farming all but disappeared from TV and movies (the so-called “rural purge”), but pop culture is changing. Oprah Winfrey has a farm on Maui, Matt Damon starred in a movie about fracking and celebrities like Jennifer Aniston are raising chickens.

In 2012, Zac Efron and Dennis Quaid appeared in “At Any Price,” a Corn Belt thriller about an industrial family farm.

It’s true that Americans have struggled through shows like Paris Hilton’s “The Simple Life” and “Vanilla Ice Goes Amish,” in which city folk go to work on the farm. But now farming is capturing the global imagination. In the U.K., the Radio 4 show “Farming Today” is a cult hit among non-farmers. Swedish-made “The Farm” uses a “Survivor” format’to strand contestants on a farm and give them chores in lieu of challenges.

It airs in 40 countries. In the U.S., “The Fabulous Beekman Boys” are creating a new farming trope: farming as an aspirational way of life. Networks are catching on that the money shot is a hunky (single) farmer who rakes in the dough and feeds the country in the process.

‘Producers in L.A. were just amazed by everything they saw,’ Soules says, speaking of the hometown visit to Iowa.

According to Los Angeles development producer Lisa Matt, who works in the reality TV industry, farmer shows are now being floated around. “The popularity of Chris Soules on ‘The Bachelorette’ and how much he’s talked about on social media will dictate whether the networks put out the word they want to make their own series.”

Social media, of course, is the road to cultural relevancy these days. The most successful viral farmers might be the Peterson Farm Brothers. They gained popularity in 2012 by parodying Top 40 songs with lyrics describing their actual workday. Now the Petersons are’a fixture on the agricultural conference circuit and have a dedicated website to educate people about the real side’ of farming. “You have two stereotypes of farmers today,” Greg Peterson says. “Your typical pitchfork-carrying, all-American guy and the corporate greedy type. Neither of those is correct.”

Soules agrees. “It’s a great story that doesn’t get told enough and it hurts us as a whole as an industry,” he says. Yet he recognizes that his scenes on “The Bachelorette” probably did a better job portraying him than showing farming in general. “There wasn’t a lot of depth to how they represented what we do.”

That could be something that he helps correct when – if the rumors are true – he becomes the star of the show this coming year.