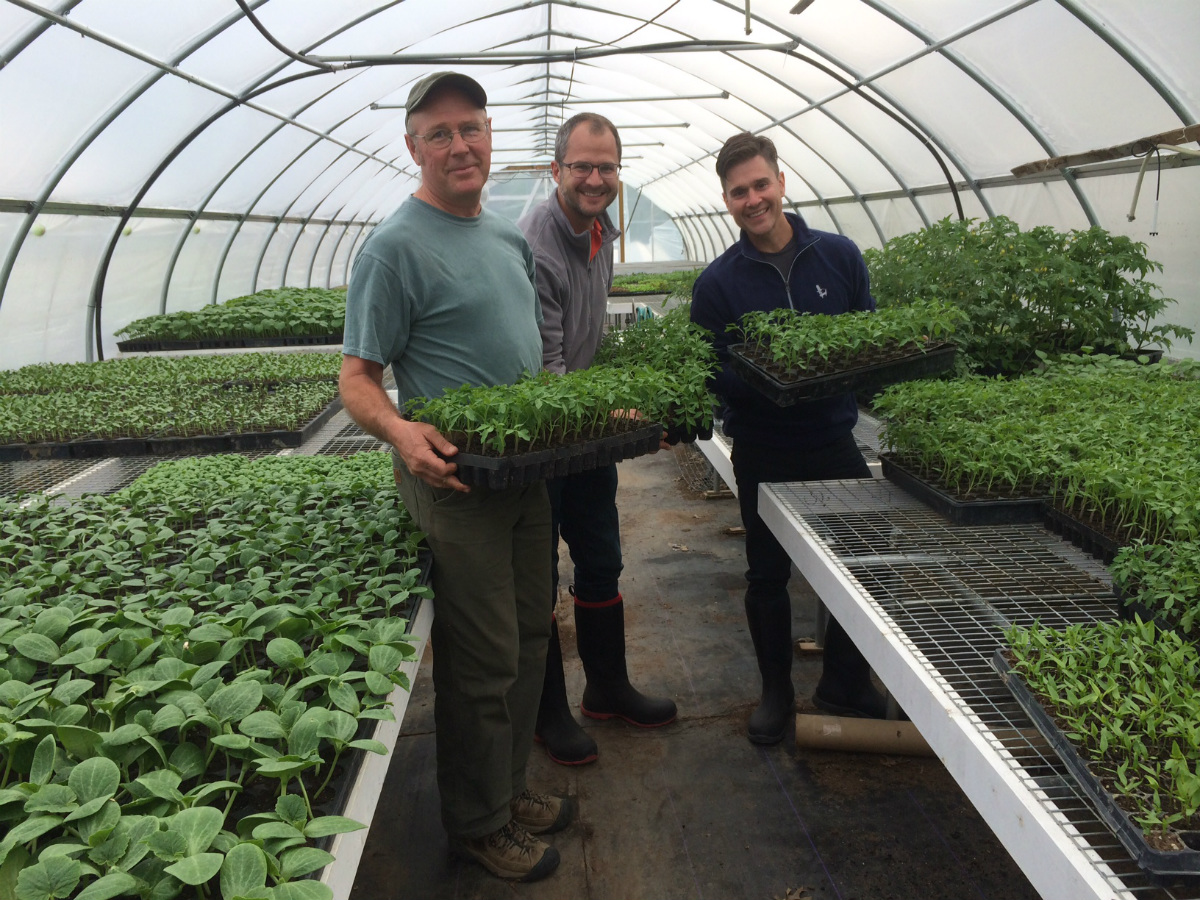 “This is not just a handout,” says Brent Ridge, one of the two boys. “We’re not trying to save a failing farm for the short-term only to see it go bankrupt next year.”

With this newish venture, Ridge and his partner, Josh Kilmer-Purcell, are hoping to encourage success stories like their own. To rescue their own fledgling farm in its time of struggle, Kilmer-Purcell (an advertising exec by trade) had to go live and work part-time in the city. The experience helped build their sympathy for farmers who have good ideas and a solid business plan — but don’t have a solid cashflow yet.

That’s the idea behind the Boys’ Mortgage Lifter Tomato Sauce. For the last year, 25 percent of profits from the sauce were set aside for deserving farmers, an amount that totaled over $13,000. From a pool of more than 100 applicants, one grand prize winner and three runner-ups were chosen to divvy the spoils.

At the end of April, Climbing Tree Farm in New Lebanon, New York, got the happy news they were taking home top prize — a cool 10 grand, to help buy their first tractor. Ridge says the farm, roughly two and half years old, wowed judges with a bootstrapping work ethic combined with savvy business sense.

“They’ve been doing everything by hand, really organically,” says Ridge. “When you look at their revenue from last year, it’s impressive.”

The other winners were Greyrock Farm, Babe and Sage Farm and Mud Lake Farm, each clocking just over a thousand dollars. And next year the Beekman Boys hope to give out far greater sums.

Sales of the sauce have been on a steady incline, with new stores selling the product all the time (getting the sauce on shelves at Disney theme parks was a major coup.) They’ve been pumping out so much of the stuff that the Boys can no longer produce enough tomatoes from their own farm to keep up with demand. They’ve contracted with Denison Farm, which is providing 4,000 pounds of tomatoes — “That’s a lot more tomatoes than she’d be selling through her CSA!” says Ridge. They hope to contract with other farmers around the country to keep up year-round production.

If you’re interested in being the next recipient of some Beekman sauce funds, check out the rules and application info here. Winners will be announced next spring, after a sizable collection builds. Good luck!

Bonus: The Beekman Boys returned from a big trip recently to find a chicken left by the thankful winners at Climbing Tree Farm. Using the gift as a tester, they’ve posted a foolproof chicken roasting recipe on their website.