On Prince Edward Island, the Lennox Island First Nation plans to uphold its treaty right to fish for lobster. But federal regulators, concerned about conservation efforts, threaten to shut them down. 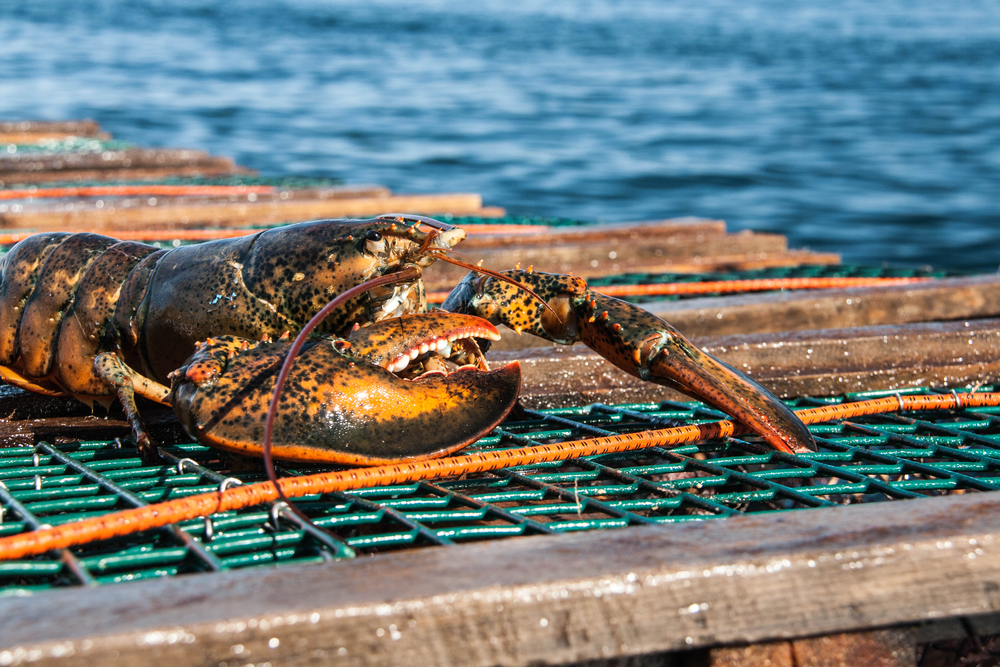 The commercial lobster season officially opened across much of the Canadian maritime provinces Tuesday morning. At dawn, hundreds of lobster boats hit the water from Nova Scotia, New Brunswick and Prince Edward Island, setting out the first of many traps for the spring season.

Another group is planning to join the fray, beginning on Saturday. The Lennox Island First aNation participates in the commercial lobster season, sending out about 30 boats with licensed fishers. But this year, the Indigenous community also plans to engage its treaty rights to fish for a “moderate livelihood.” This is a right set in place by Canada’s Supreme Court in 1993 and upheld in 1999, known as the Marshall Decision, named after Donald Marshall, a Nova Scotia fisherman at the heart of the case.

Since that first decision nearly 20 years ago, Chief Darlene Bernard of Lennox Island First Nation says there has been interest in setting up a treaty-protected fishery, and the community has spent the last two years specifically putting together a management plan to present to the Department of Fisheries and Oceans (DFO), only to be told there was simply not enough room for extra fishing. “Since Marshall, they’ve not created the space for the treaty-protected fishery. They’ve not created that space. They had 20 years to do it,” Bernard says. “Now, it’s time.”

The management plan that Bernard and the Lennox Island First Nation put together was modeled after similar agreements that DFO holds with other Indigenous fishers in the Maritimes. It indicated that the Lennox Island fishers will abide by all of the DFO’s regulations when it comes to trap size and placement, and they plan to only fish within the approved commercial fishing season. They plan to use their own wharf and their own equipment. And most importantly, Bernard says, they will commit to a maximum of 1,000 traps in the water. She says there are waiting lists of young Lennox Island members who are eager to get fishing licenses, who want to enter the business and can’t. Enacting a treaty-protected fishery is one way to ensure they can fish. “We want to get our young people involved. And we have to ensure that they’re safe and that they can [fish] in peace.”

[RELATED: A Group of Indigenous Fishermen Want to Take the Government of Canada to Court]

The moderate livelihood right asserts that Indigenous fishers have a right to fish without traditional commercial licenses. However, the courts also clarified that the right does fall under some regulations. Federal and provincial regulators have the authority to decide if the treaty fishing would harm conservation efforts. That’s the message the DFO gave to the Lennox Island First Nation—that they would not be allowed to fish for lobster because of concerns regarding conservation. Bernard says that concern doesn’t hold water.

“No, I don’t agree with that,” she says. “There are poachers all over the place. Go deal with those people. Those are the people who are doing things they shouldn’t be doing. But our 1,000 traps will not have any impact at all on commercial fishing.”

The Department of Fisheries and Oceans disagrees. In a statement emailed to Modern Farmer, the department states that the DFO has been in conversation with Lennox Island First Nation for several months, with the aim of “reaching an interim understanding” that would allow for a moderate livelihood lobster fishery, but that no such understanding has been reached.

“The Department’s priority continues to be the further implementation of treaty rights in a way that aligns with conservation objectives and supports a safe, orderly, and peaceful fishery. We firmly believe that respectful, constructive dialogue is the way to achieve this,” the statement goes on to say. “Fishing activity taking place without authorization by Fisheries and Oceans Canada is unauthorized, and may be subject to enforcement action.”

Many commercial fishermen, led by the Prince Edward Island Fishermen’s Association (PEIFA), are also not supportive of additional traps in the water. In a statement, PEIFA says they will continue to work with “First Nations and governments in seeking viable long term solutions that are equitable to all harvesters and protect our valuable ocean resources.” However, at this point, that solution does not include the treaty fishery, which PEIFA notes is unauthorized. “It is the expectation of the association that any enforcement issues related to the fishery are administered in an appropriate, fair and consistent manner.”

Those enforcement actions could include fines, impounded equipment or possibly arrest if, come Saturday, the Lennox Island treaty fishers go ahead with their plans to lay traps. But Bernard says the fishers are prepared to face regulations and enforcement and perhaps even pushback from commercial lobster fishers, as was seen in neighboring Nova Scotia in 2020. Despite all of that, Bernard says her community is tired of waiting for permission from the DFO. Instead, she feels like the government has been trying to avoid new regulations in the hopes that the issue would disappear on its own. “They thought if they ignore us enough, we’ll just go away,” says Bernard. “I feel like it doesn’t matter what we do. They’re never going to accept it.”

This post has been updated to include a statement from PEIFA.