A Group of Indigenous Fishermen Want to Take the Government of Canada to Court - Modern Farmer
Animals, Politics

Their class action lawsuit would extend to all Mi’kmaq, aiming to solidify their right to fish and trade their catch. 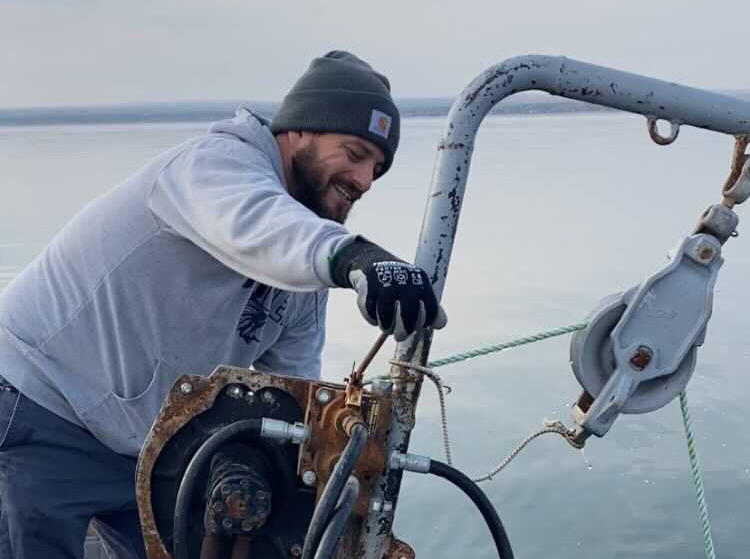 Cody Caplin is part of a group of Indigenous fishermen looking to launch a class action lawsuit against the Canadian government.
Photography courtesy of Cody Caplin
Share
Tweet
Pin
Email

Cody Caplin is frustrated. The Indigenous fisherman catches lobster, salmon and smelt in the waters near his home in the northern part of the Canadian province of New Brunswick. And he says over the last few years, that process has become more and more difficult.

“They just keep taking away from me and my family,” he says. “This is how we live, this is how I pay to put food on the table and clothes on their backs. This is our way of life.”

The “they” he’s referring to are officers from the federal Department of Fisheries and Oceans, who Caplin alleges keep him under surveillance. He says these officials are often around when he comes back to the wharf from fishing. “If we go drop traps, they’ll park their vehicle, walk on down to our boat, and say ‘you guys can’t put those traps in the water without tags.’ [And I’ll say] ‘well, actually, we can,’” he says.

For Caplin, these repeated interactions come down to one thing: He’s Indigenous, a member of the Eel River Bar First Nation. And his desire and right to fish these waters is hotly contested, a fight that’s been going on for decades.

That’s why Caplin is part of a group of Mi’kmaq fishermen from across Atlantic Canada looking to launch a class action lawsuit against the Canadian government, claiming that their rights are not being respected. Together, the group alleges that the federal government has not “come close to satisfying its obligations to the Mi’kmaw people.” Those obligations are thorny and encompass both a previous Supreme Court of Canada decision and aspects of Indigenous treaty law.

In 1999, the Supreme Court of Canada ruled that Indigenous people in the Maliseet, Mi’kmaw and Passamaquoddy bands had the right to fish and hunt to earn a “moderate livelihood,” though that term was never clearly defined. The Marshall decision, as it became known, forms the basis of what the class action is hoping to enshrine further.

Along with the fuzzy definition of “moderate livelihood,” the Marshall decision has many gray areas. Two months after the initial ruling, the court clarified that those treaty rights were not unlimited. They said that Indigenous fisheries could be regulated, if those regulations were due to “compelling and substantial” objections over concerns such as conservation.

For many Indigenous fishermen, the moderate livelihood right is a clear indication that they can fish as needed, to feed and support themselves. Many fishermen have tags or licenses that support food, social, or ceremonial fishing, another right codified by a Supreme Court case. But the conservation caveat is a big impetus for DFO, and is often what drives officers to interject, according to Noel d’Entremont, the acting director of conservation protection in the Maritimes region.

“The department’s interpretation is that fishing has to happen within season and authorized by the Ministry of Fisheries and Oceans,” says d’Entremont. “Some of these cases that you’re referring to are happening outside of an authorization (and DFO) treats them as unauthorized fishing.”

The idea of a threat to species conservation is at the heart of a long-standing dispute between Indigenous fishers and non-Indigenous fishermen, which came to a head in Nova Scotia last fall. Non-Indigenous fishermen claimed that Indigenous lobster traps set outside of the official season would deplete the existing stock. There were raids on Indigenous lobster pounds. Lines were cut and boats were damaged. Protesters set a car on fire and a lobster processing facility was burned to the ground. Mobs of commercial fishermen, the majority of whom were non-Indigenous, packed the shores near Yarmouth, Nova Scotia, while the Royal Canadian Mounted Police faced accusations of letting the riots happen. The RCMP did eventually arrest nearly two dozen people in relation to the violence.

The tension from that period is still simmering under the surface of the Atlantic Ocean.

Caplin says the frustration he feels is one reason he wanted to join this lawsuit. “We have inherent rights as First Nations people to be able to fish and gather. And we have a right to fish with [the Marshall case]. We have a right to make a moderate livelihood,” he says.

“Fishing means a lot to me, I basically got tired of the federal government always harassing us [and] following us.”

Caplin and some of the other fishermen pursuing the lawsuit are also fighting fishing-related charges. Caplin currently faces fishing out of season charges.

While DFO officials would not comment directly on the pending lawsuit, they did say that their officers receive training on both Indigenous and legal issues in their region.

In response to questions about surveillance, d’Entremont says that every fishery in his region is monitored. “Fishing officers are around, and unfortunately, in some situations, we deliver messages that people don’t want to hear.”

While Caplin deals most often with DFO officers, d’Entremont points out that his team is only one branch of law enforcement. Though he wasn’t able to provide specifics, he did say that federal agencies are “working with Indigenous communities, and working on long term goals of resolving this.”

An important part of the proposed lawsuit is that it would apply to all Mi’kmaq, rather than any one individual or First Nation band. That’s why the group wants to file the suit as a class action, rather than coming from a particular First Nation or council. They are working with a lawyer and Caplin says he hopes to file the paperwork early next year.