A new study finds that many invasive and noxious plants are sold at 1,300 retailers nationwide, highlighting the importance of cultivating native species. 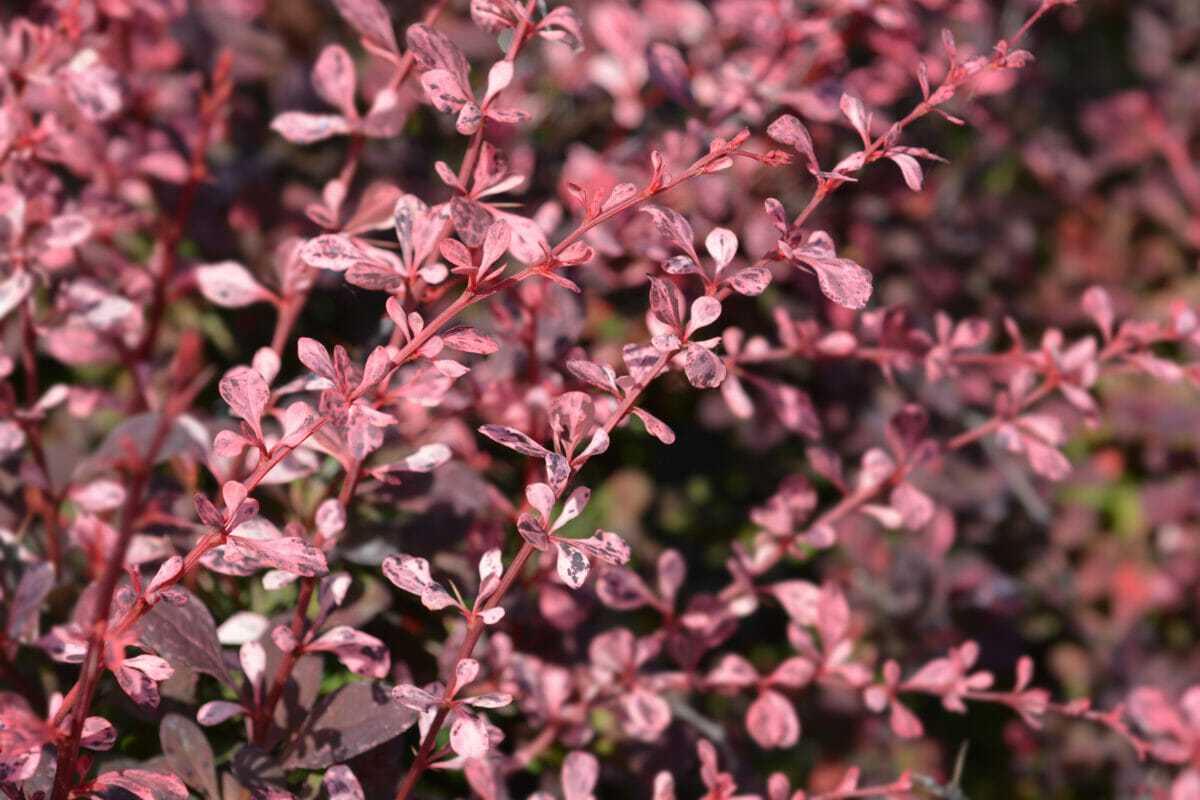 The lush, leaf-lined aisles of your local garden center or nursery are the last places you’d expect to find a plant known to be harmful to your local ecosystems. But, according to recent research, that assumption may be wrong.

The study, published in the journal Frontiers in Ecology and the Environment, found that invasive—and sometimes banned—plant species are being sold at retailers across the U.S.

Ecologists at the University of Massachusetts Amherst (UMass Amherst) tracked the number available by using standardized Google searches and looking over a nursery catalog database. They found that 61 percent of 1,285 plants considered invasive species are still for sale at 1,330 nurseries, garden centers and online retailers across the nation. Out of those total plants, 20 are federally designated noxious weeds, which are illegal to plant or sell anywhere in the U.S.

Evelyn Beaury, a graduate student in organismic and evolutionary biology at UMass Amherst, who co-authored the study, says the widespread availability of invasive plants comes with consequences. “If a plant is being sold, that doesn’t necessarily mean that it’s not having negative impacts, even in your own state,” she says.

Invasive plants, as defined by Beaury, are non-native species that evolved elsewhere and are brought to new areas either deliberately—such as through plant trade—or accidentally. They can wreak havoc on ecosystems, food chains and infrastructures.

“When [invasive species] show up in a new area, they have this kind of proclivity to spread rapidly and displace native species,” says Beaury. “Non-native plant and invasive plant habitat is worse for pollinating insects. This trickles up to the kinds of birds you see in an area and can really impact the entire food web of an ecosystem, disrupting the services that we are expecting those ecosystems to provide.”

One invasive plant Beaury and her research team found for sale is Japanese barberry, a common ornamental shrub that people often plant in their yard. “This one is interesting, too, because it’s regulated in around 10 states, which to me really says that there’s enough people who have documented it growing invasively,” says Beaury. She explains that this plant regularly out-competes native species, adding a dense shrub layer that can change habitat structure and the way water moves within it. Japanese barberry is also known as a great habitat for ticks.

Beaury says that, despite decades of scientists’ and governing bodies’ awareness of invasive species in the plant trade, the issue remains all too common. “Even though we’ve learned a lot about species and why and where they spread during that time period, the kind of measures we’ve taken to stop that spread haven’t kept up to speed with how fast the plants themselves are moving,” she says.

One reason the plants remain in circulation is due to inconsistencies in the way invasive species are regulated across the country. “Every state is kind of left up to their own devices,” says Beaury. And a handful of states don’t have regulated lists at all.

The study found that invasive species regulated in a state are sold much less frequently. But while individual states do a relatively good job of regulating the problematic invasive plants within their borders, the issue gets more complicated when you cross state lines. “The information about invasive species is so inconsistent,” says Beaury. “It’s really common to ship plants across the borders, but if you’re only kind of held to what’s invasive or regulated in your state, it can be really easy to unintentionally move stuff around.”

Organizations focused on a more boots-on-the-ground, educational approach have popped up in areas where governmental regulations are lacking or inconsistent. In California, PlantRight works to track the sale of invasive plants in the retail market, encouraging residents to buy alternatives to known invasive species. The organization conducts an annual survey by sending out volunteers to randomly selected nurseries throughout California, on the hunt for a specified set of plants. Its short list of invasives to look for was put together with the help of a committee of horticulture and conservation experts as the most impactful—and most commonly sold—invasives in the state’s horticulture.“We’re just trying to come to an understanding with nurseries,” says PlantRight’s project manager, Alex Stubblefield. “They’re ultimately the ones out there who have the plants and who are talking with customers and landscapers and people who are installing plants, and they really need to be educated on this issue.”

In Michigan, the Go Beyond Beauty program by the Northwestern Michigan Invasive Species Network does similar work to mitigate invasives in its region, partnering with plant retailers, landscapers and any willing gardeners to educate them about the dangers of invasive plants and alternative, native species options to plant.

Statewide education is an important piece to solving the invasive species puzzle, but as Beaury sees it, working regionally is another vital part to mitigating the sale and spread of invasive plants. “With regulatory lists dissimilar across states, one of the things we’ve been really pushing is that we need to co-ordinate across borders to get their lists to be more cohesive,” she says. “Starting to think bigger and more regionally could have a really positive impact.”

Thank you for bringing this topic 2 the public. It needs to be discussed and we need to start making changes.

Some of these invasive species are almost impossible to get rid of. They often will overtake and choke out native plants.

Many stores you go to don’t label their plants, so even if a consumer has a list of banned plants, it’s difficult to comply. (Nurseries do label their plants).
Another issue is with greenhouses. When a plant gets banned, the effective date is usually a year away so they can sell off their stock. Instead, they double down on production before the time runs out putting even more of the invasive species into the environment.

There are really more important things to spend time on or worry about than invasive species! Like toxic pesticides etc, and forest fires destroying nature, air pollution, gmos, all these are doing much more harm!

Related
Truck Drivers Are on the Way to Canada’s Capital to Protest Vaccine...Emily Baron Cadloff
Animals, Health
Bird Flu Is Back in the USDan Nosowitz
Plants
Florida Forecasted to Have Smallest Orange Crop Since 1945Dan Nosowitz
Environment, Plants
Science Says You Can Swap Your Fertilizer For Black-Eyed PeasLindsay Campbell
wpDiscuz
We use cookies on our website to give you the most relevant experience by remembering your preferences and repeat visits. By clicking “Accept”, you consent to the use of ALL the cookies.
Cookie settings ACCEPT
Privacy & Cookies Policy