The pest is known to eat away at grapevines, leaving just a skeleton of the leaves behind. 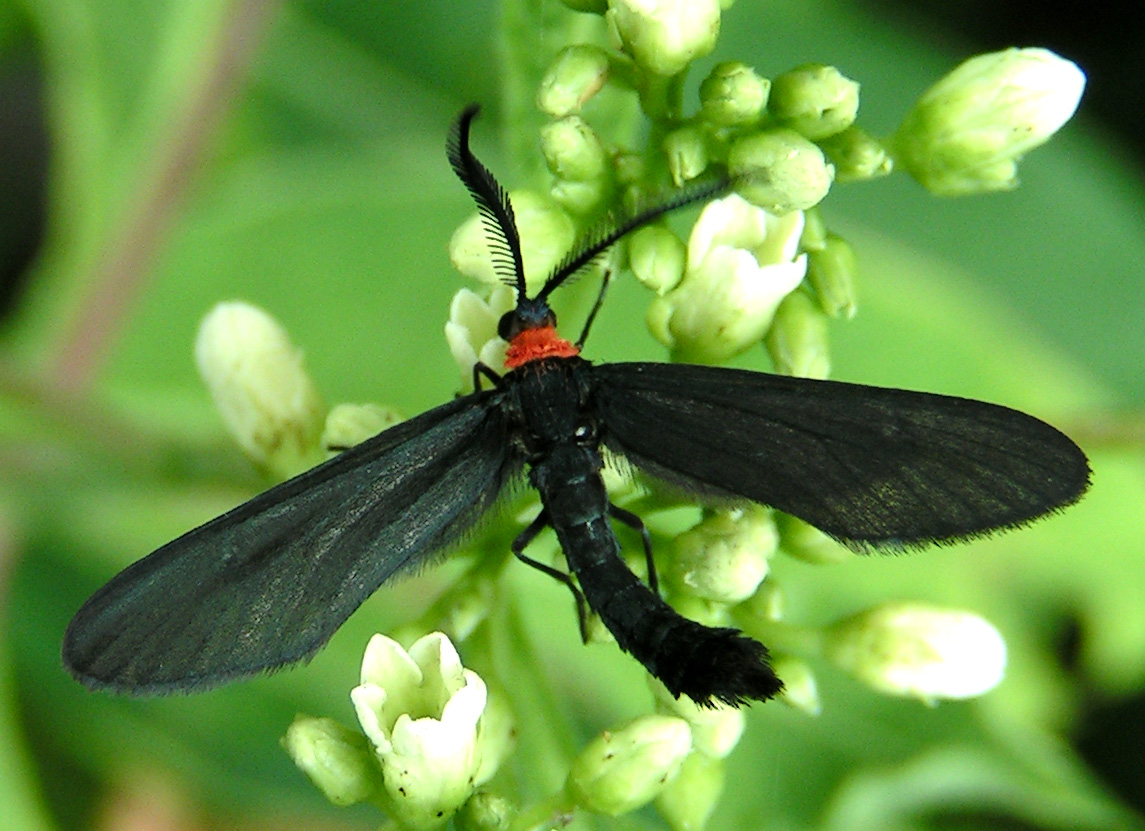 An unwelcome guest was found creeping among Napa County vines this month.

On May 12, Jesse Guild, an insect trapper in the area, was checking traps in the Pope Valley when he found a western grapeleaf skeletonizer moth, according to CBS Bay Area.

As the name of the insect suggests, the metallic blue or greenish-black moth is no friend to grapevines. It is known to eat away all the green matter from grape leaves, leaving behind just the “skeleton”—or the veins of the leaf. In addition to the harm the skeletonizers cause leaves, the larvae are also a menace to farmers. The small spines on the larvae contain hydrogen cyanide, which can cause skin irritation to anyone who comes into contact with the insects’ spikes.

When present in large numbers, the moth larvae, known to be voracious feeders, are capable of defoliating vines of entire vineyards. The larvae will move on the grape clusters if the leaves are gone, which can cause rot, according to the University of California’s Integrated Pest Management program. The larvae are in their most destructive stage when their body is yellow with purple and black bands.

When matured into moths, skeletonizers tend to grow to just more than half an inch in body length with a wingspan of 1 to 1.3 inches. They have periodically been found in Napa County in small numbers, but this is the first recorded sighting in the Pope Valley area.

RELATED: How California Crops Fought Off a Pest Without Using Pesticide

Despite the fear factor these moths hold, officials in the area aren’t too worried about the sighting. A few of the moths pop up from time to time, but the area has never had an issue with a reproducing population of them.

Even so, the moths’ presence is taken very seriously. Napa County agricultural commissioner Tracy Cleveland is advising local growers to keep their eye out for the moths and their larvae, adding that this is not a pest anyone wants to become established in the Napa region.

When it comes to mitigating a skeletonizer problem, pesticides are one possible solution, but the county is setting traps proactively to hopefully avoid an infestation altogether. In addition to chemical intervention, nature often has a way of taking care of the moths on its own. UC Davis Entomologist Frank Zalom told CBS Bay Area that the granulosis virus, which targets this particular moth, usually takes care of insect populations naturally. “When you have an outbreak of them in these natural areas, this granulosis virus just increases and eventually controls the population,” he said.