‘If you’ve ever eaten a slice of bread, you can thank Ukraine.’ 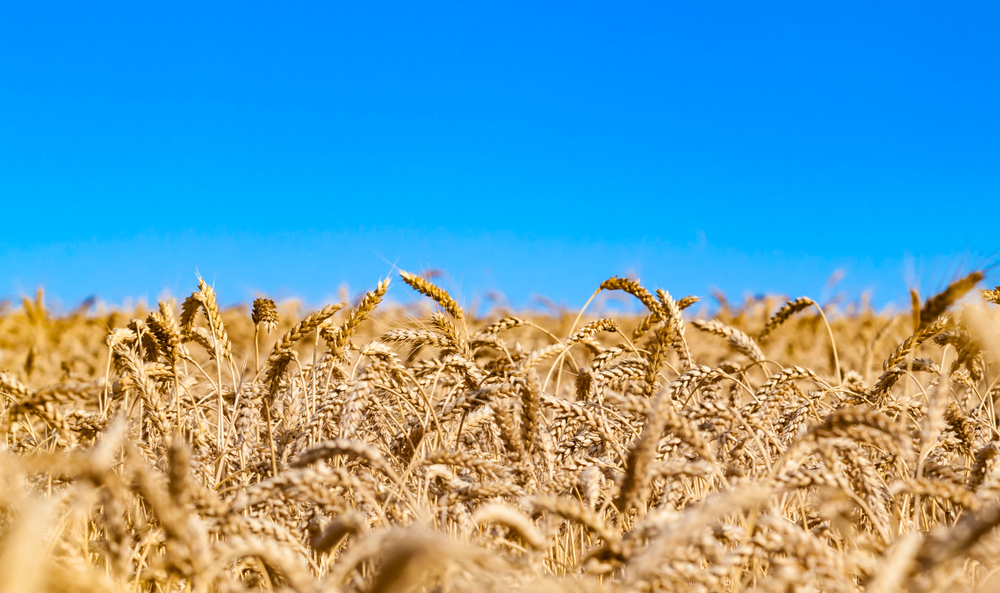 Every slice of bread has a link to Ukraine—and not just because the country is a major wheat exporter. What we eat has biological ties to both Russia and Ukraine, because our breadbaskets are woven from the same wheat. I’ve been steeped in this kinship as threats recently turned to war, and my friends and colleagues in the baking and grain community shared with me emails full of heartbreak and history.

Richard Scheuerman, an educator with contemporary and ancestral ties to the region, wrote: “If you’ve ever eaten a slice of bread, you can thank Ukraine. That’s not an exaggeration. The flavorful grains that transformed the North American prairies during the nineteenth century into a continental breadbasket were varieties native to Ukraine’s famed Black Earth districts of Crimea and Galicia [what is now southeastern Poland and western Ukraine].”

[RELATED: A Grainshed Rises in the Northeast]

Our daily bread—that high-rising, sandwich-hugging, butter-loving loaf—would not exist without the Turkey type wheats that German-Russian immigrants brought to the Midwest in the late 1800s. Prior to this, American breads were made from soft wheats, rye and corn—cereal grains that don’t have the kind of gluten that everything from simple sandwich loaves to bagels, challah and hoagies require.

Turkey wheats found a home here because they moved with people who knew and grew this particular staple crop. This variety of wheat has roots in Crimea, a peninsula that is recognized as part of Ukraine, which was once under Turkish control—hence the grain’s name. It earned German Mennonite stewards in 1770, after Catherine the Great promoted settlement, promising the group they could keep their pacifist values and language. When regime change and conscription came knocking again, these people needed to find a new home. America had room—not open space that was innocently discovered but, rather, land that was brutally taken through the forced removal of Indigenous peoples.

Such land clearance and railroad grants helped invite the first large settlements of Mennonites in Kansas in 1874. Over the next 25 years, Turkey wheat went from subsistence food to major crop; early plant breeding efforts crossed Turkey wheats with others to fight plant diseases, and Kansas became the wheat state. As farming industrialized, these genetics didn’t leave the food system. In 1971, Kansas celebrated a century of this wheat by launching a cross named Centurk.

As interest in American food customs and traditions has developed, farmers, bakers and millers have helped bring the heritage variety, Turkey Red, out of the archives, growing preserved samples from tiny plots to larger and larger acreages. Now, Turkey Red flour is available for home and professional use. The emails I’ve been reading acknowledge the legacy of this grain, and they make a bridge that’s broader than the normal empathy one might feel in the face of war. 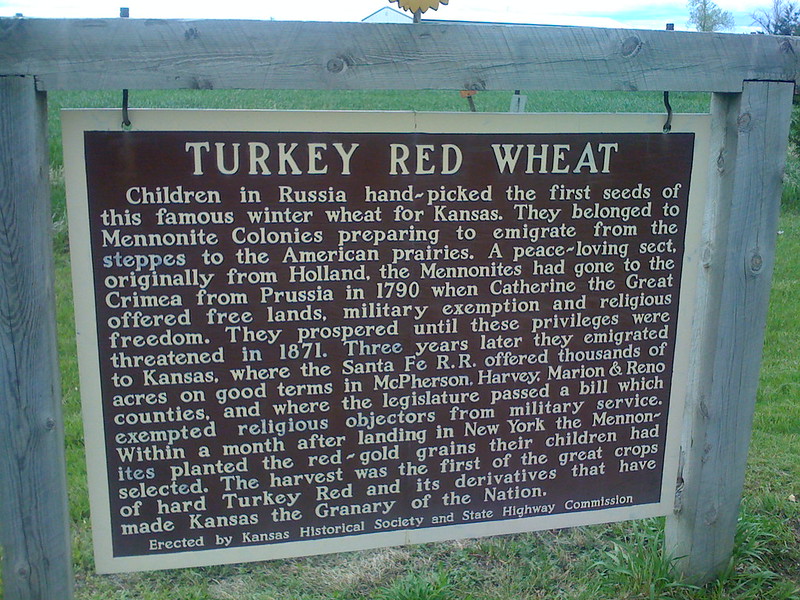 On a listserv for a national bakers’ guild, Randy George, from Red Hen Baking in Vermont, talked about Redeemer wheat, a variety bred in the 1800s that has familial genes with Turkey Red. He also shared fond thoughts of working with Ukrainian women at Grand Central Bakery in Portland, Oregon in the mid-’90s. They were refugees from an earlier conflict in their homeland.

Janie’s Mill, which grinds grains from Janie’s Farm in central Illinois, sent customers a note about being the “direct beneficiaries of countless generations of Ukrainian wheat farmers.” In service of that direct connection, the mill is sending profits from sales of Turkey Red grains and flour to World Central Kitchen, which has been providing hot meals in the region to feed the more than two million refugees that have fled Ukraine since the attack began in February.

Baking instructor Mitch Stamm shared a poignant dispatch about a Ukrainian baker he met in France at the Mondial du Pain, a prestigious baking competition: “Originally from Kharkiv, Bogdan Krasnoperov lives and works as a baker in Odessa. Exposed to land, air, and sea attacks, both cities are vulnerable, practically permeable. As an 18-60 year-old male, he is registered and prepared for military service. While he waits to be called up, he and the cooks that work for a private business are working without wages 10 hours per day baking bread and preparing food for soldiers and journalists. Exhaustion has registered little effect on his voice; it remains still, resolute. Baking provides a fleeting respite from the horror, exacerbating it at the same time. His wish to do more for people and for peace in Ukraine grows stronger and more desperate each day.”

[RELATED: What the War in Ukraine Means for US Agriculture]

Putin’s invasion in Ukraine echoes Stalin’s 1932-33 Holodomor, a forced starvation of millions of people in southern Russia. What will happen now is unknown, but it is sure to involve grain, since Russia and Ukraine represent 29 percent of global wheat exports, and countries that rely on these stocks are already struggling.

The Ukrainian flag is modeled after the country’s fields of golden wheat and sky-blue skies. Our amber waves of grain owe much to theirs, and times like these reveal the substance in our symbols.

Amy Halloran is the author of The New Bread Basket, and lives in upstate New York.

As a descendent of some of the mennonites who lived in those colonies in Russia, I share that the history is complex, as I’ve more recently learned. I celebrate that my menno ancestors crossed countries and continents with seeds in their pockets and it is lovely to see modern farmer sharing some of that story. However, my ancestors that farmed the Russian steppes did so in fulfillment of a Russian policy aimed at bringing the steppes firmly under Russian control through the vehicle of colonization. Displacing various pastoralist, nomadic peoples, including the Nogai and the Zaporizhian Cossacks who called the… Read more »

I am happy to be part of this site

“America had room—not open space that was innocently discovered but, rather, land that was brutally taken through the forced removal of Indigenous peoples.” This is the history of humanity and human population interactions and migration since the beginning of time. In fact, this is the history of all invasive species, whether animal or vegetable. It is time to stop constantly beating Americans up for being part of the human race.

I do appreciate the history of the people who brought Turkey Red wheat to Kansas. Do you know what species of wheat that was?

They are the 4 largest producer of wheat in the World.