A Grainshed Rises in the Northeast

A new network of brewers, maltsters and bakers is looking to rebuild a local breadbasket. 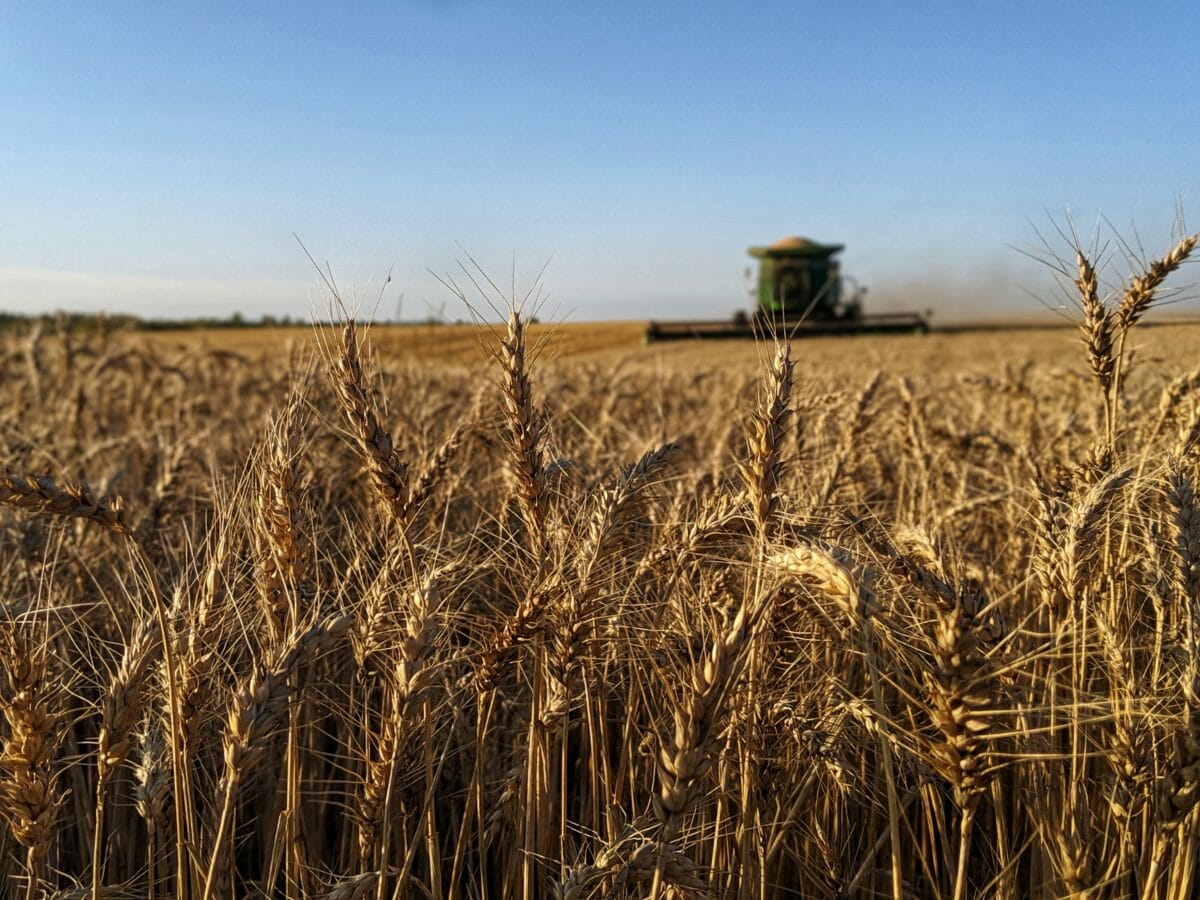 The Northeast Grainshed Alliance has 109 members and aims to increase demand for Northeast grains by building a network of farmers, bakers, brewers and others.
Photography courtesy of Buck Farms Grains
Share
Tweet
Pin
Email
202 Shares

Jacob Buck and his two brothers were looking for a way to ensure their Maine potato farm could support the next generation when they found craft grain. The enthusiastic brothers went all-in—planting acres of barley, converting a potato storage building to a malthouse and teaching themselves how to malt the grain they grew in the hope local breweries would want to use it in their beer. Then they loaded up their truck with their malted barley, an essential ingredient in beer, and contacted every craft brewery in Maine.

The response from brewers for this local ingredient was so positive that, two years later in 2017, their business, Maine Malt House, was able to double its production. Today, it runs at five times its original capacity. One brewer in particular, Jason Perkins of Allagash Brewing Company, was so enthusiastic about using local malt that he and Allagash’s founder Rob Tod, made a public pledge to work up to using one million pounds of local grain by 2021. Five years later, they’re primed to hit that target and are hoping to pave the way for other breweries to follow suit.

Although 99 percent of the malt used by US breweries comes from large commercial malthouses from western states, according to data from the North American Craft Maltsters Guild, more partnerships like this one are popping up across the country. Northeast farmers, along with the producers that turn their grain into craft beer and spirits, have come together and formalized their intent to grow this regional grain supply by forming the Northeast Grainshed Alliance, which celebrated its first year last month.

These symbiotic relationships also exist between artisan bakers, flour millers and the farmers growing these specialty grains. Farmers such as Todd Hardie of Vermont’s Thornhill Farm sends the organic rye he grows to Elmore Mountain Bread, where it is ground and baked into a crusty country loaf. Some of his rye is turned into whiskey at a nearby distillery.

The idea of a localized food system for this staple crop is far from a new one. Before the Industrial Revolution centralized grain production westward and turned it into a commodity, it was the norm for every community to have their own grain supply.

“Everywhere in the Northeast was its own bread basket at one time,” says Amy Halloran, author of The New Bread Basket.

With the vision of rebuilding that local bread basket, the Northeast Grainshed Alliance, with 109 members and growing, aims to increase demand for Northeast grains by building a network of farmers, bakers, brewers and others to enhance collaboration and educate consumers on the value of regional grains. They work in tandem with other organizations across the country such as the Midwest-based Artisan Grain Collaborative and Cascadia Grains in the Northwest. 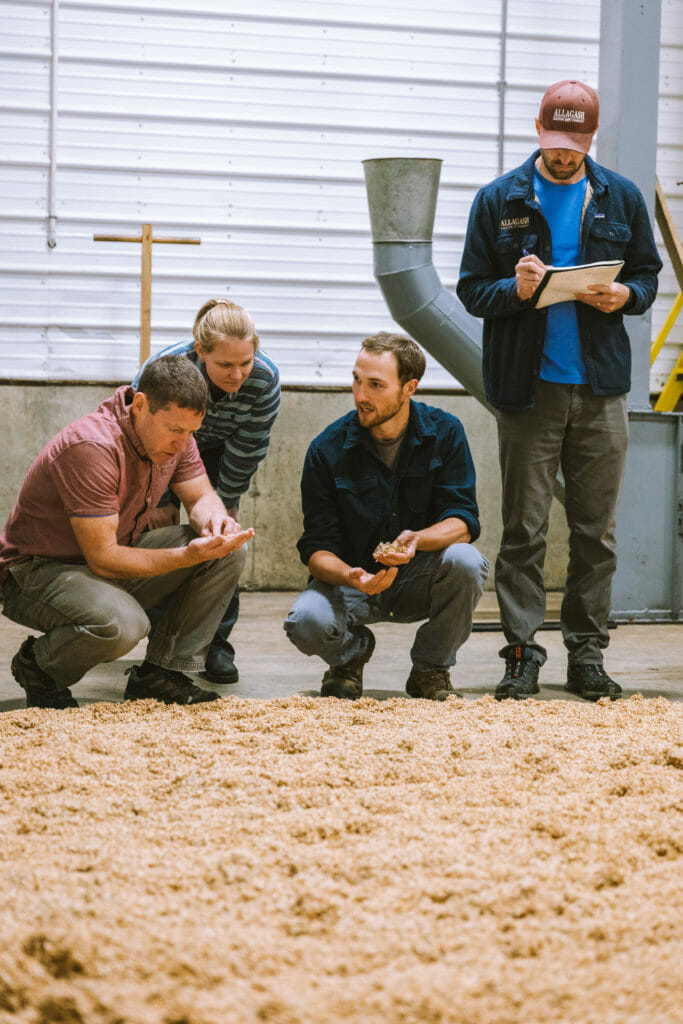 Not only do these grains come with a feel-good origin story for locavores, local grain growers and bakers maintain that they taste better and contain more nutrients than those grown by larger operations. The grain in your average bag of flour comes from the giant monocrops of the Southeast or Inland Northwest, and it generally includes a mixture from many different farms to get the protein count just right before the nutrients that have been bred out of the wheat are artificially added back into the flour.

The predominant wheat varieties grown in the past 100 years have been bred with two goals in mind—high yields and to make white flour whiter, says Stephen Jones, a wheat breeder and director of Washington State University’s Bread Lab. Flour gets its “whiteness” by having a reduced ash count—a measurement of its mineral content.

“The ash is made up of the micronutrients iron, zinc and other metals that are important in our diets,” says Jones. “Modern wheats are lower in ash, thus lower in micronutrients. So, even modern wheats used at 100-percent whole grain have fewer nutrients.”

Craft wheat varieties come from heirloom grains. Breeders like Jones work with these varieties to increase yields while still maintaining the grain’s nutrients. Many bakers notice these extra micronutrients equate to greater flavor.

For Halloran, the benefits of baking with craft grains starts with taste, “because it is incredible,” she says. “We think of flour as a structural component, but it’s actually a taste component.”

Only 5 percent of grain consumed in New England is grown in the Northeast, according to a 2014 report by an organization called Food Solutions New England, something the Grainshed is hoping to change. Commitments from brewers like Allagash go a long way in securing future growth. The brewery now incorporates at least some local grains into all of its beers. Perkins acknowledges the higher price of craft malt has been the biggest challenge, but for Allagash, the benefits outweigh the costs.

“It’s been great to see the growth of the industry as a whole,” says Buck, who helps other farmers in the Northeast learn how to grow barley. “There’s been a team effort there to all rise together.”

Correction: March 2, 2021
An earlier version of this article incorrectly stated that Todd Hardie of Vermont’s Thornhill Farm grows and smokes organic rye that he sends to Elmore Mountain Bread. He grows the grains, but no longer smokes them.

Thanks for a great article on the NE Grainshed Alliance! #raisingthegrain