What the War in Ukraine Means for US Agriculture

Russia is a major player in the fertilizer market, and Ukraine is one of the world's largest wheat exporters. The ongoing situation in Ukraine is likely to affect food systems across the world. 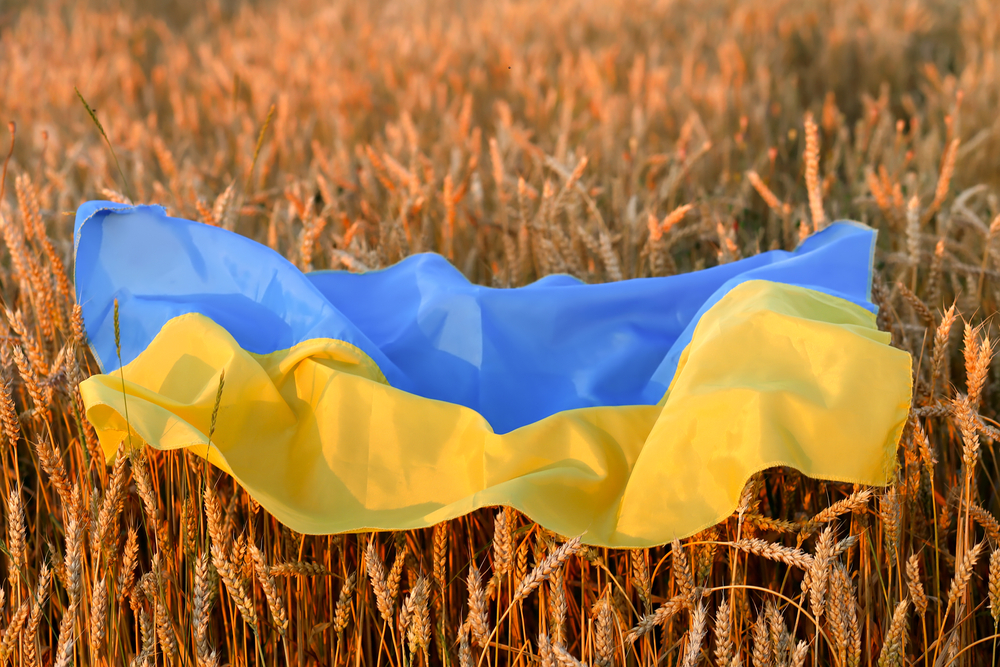 This article is republished from The Midwest Center for Investigative Reporting. Read the original article.

As Ukraine continues to fight against Russian forces, experts warned of potential fallout for the US agriculture industry.

On Feb. 24, Russian President Vladimir Putin announced a “special military operation” in Ukraine, and Russian troops stormed into the country. Reportedly, tens of thousands have died, and about half a million people have fled their homes, according to the New York Times.

The same day as Putin’s announcement, Ukraine’s military halted all commercial activities at its ports in the Black Sea. Also that day, a missile struck a ship chartered by Cargill, according to Reuters.

Multinational agricultural corporations stopped operations in Ukraine as farmers expect the Russian invasion of the country—and the subsequent economic sanctions—to drive up already high prices for fertilizer, a key input for US growers, according to interviews and company statements.

“That region of the world is a pretty significant producer of key fertilizers or key components to fertilizer, so that is definitely on the minds of farmers,” said Garrett Hawkins, the Missouri Farm Bureau president.

Experts and US Secretary of Agriculture Tom Vilsack said it was too early to predict the potential fallout on fertilizer prices. But Vilsack gave a warning last week.

“I sincerely hope that no company out there—whether it’s fertilizer or any other supply that may be impacted by this—will take unfair advantage of the circumstances of this situation, making sure that they don’t use this situation as an excuse for doing something which isn’t necessarily justified by supply and demand,” Vilsack said, according to Successful Farming.

Russia is a big player in the fertilizer market. The country is the world’s top exporter of natural gas, which is used to make nitrogen fertilizer, and a top producer of potash, a key component of many fertilizers. Together, Russia and Belarus (which is Russia’s closest ally and also faces international sanctions) make up more than 40 percent of the global potash market, according to the Fertilizer Institute.

Fertilizer prices have skyrocketed in the past year and reached record levels in recent days. Since January 2021, many fertilizer types have tripled or quadrupled in price. This has been attributed to weather, supply chain disruptions and technical difficulties at plants.

The increasing prices have resulted in some farmers transitioning to soybeans and other crops that rely less on fertilizer, Reuters reported.

With the conflict just beginning, it’s tough to tell what the impacts will be, said Jason Troendle, director of market intelligence and research at the Fertilizer Institute, a lobbying institute that calls itself the voice of the fertilizer industry.

“Some of it has just got to work its way out,” he said. “There’s just a lot of uncertainty in the market.”

He said that the market is “incredibly global.”

For example, while the US gets 86 percent of its potash from Canada, there will still likely be global disruptions. However, the extent of those disruptions is yet to be determined, as the US won’t be importing products from Russia.

Troendle said it’s hard to know how much certain actions will impact US growers and food prices. He said the significant price changes in recent years have already made the market unpredictable, and this is yet another confounding factor in predicting how fertilizer prices may fluctuate.

Several major agriculture companies based in the US have operations in Ukraine.

Archer Daniel Midland employs more than 600 people in the country, according to its website. It has a grain terminal, six silos and a trading office in the capital, Kiev.

It also has a plant for crushing oilseed, which is Ukraine’s second-largest export to the US, according to the USDA. (Vegetable oil, which can be made by processing oilseeds, is the largest.)

Late last week, the company said it was “actively monitoring the situation in Ukraine” and employee safety was a top priority.

“Our facilities in Ukraine are not operating, following security protocols and government guidelines,” a company spokesperson said last week. “ADM will use the full breadth of our global and integrated supply chain to support the needs of our customers around the world as we manage through this difficult situation.”

Bunge, another major food production company, has more than a thousand employees in the country. It has an office in Kiev, two grain elevators and a port terminal from which it exports grain, according to a company statement. It also has an oil packaging facility in the country, according to its website.

Also last week, it said it “temporarily suspended” operations at its processing facilities and closed offices in the country.

“We remain in constant contact with our teams and we will continue to follow developments and take all appropriate actions to protect our employees and our business in the country,” it said in a statement last week. “Taking advantage of Bunge’s global network and footprint, the company will work to minimize any impact on our supply chain.”

Cargill, a private company that provides wheat for use in bread and cereal and also owns meatpacking plants in the US, has about 500 employees in Ukraine, according to the Minneapolis StarTribune.

It did not reply to requests for comment last week and this week. In a statement on its website, it said, “The events unfolding in Ukraine are heartbreaking. It’s hard to comprehend the challenges our employees, customers and their families in the region face in the days and weeks ahead.”

The USDA also has an office in Ukraine. Many US diplomats have returned to Washington D.C., according to Government Executive. The USDA did not return a request for comment about how it was handling operations out of its office in Ukraine.

Ukraine is a major wheat-producing country, responsible for exporting around 15 percent of the world’s hard wheat supply in 2021, said Kim Anderson, an agricultural economics professor at Oklahoma State University.

Before fighting broke out in Ukraine, prices for hard red winter wheat—the most common wheat variety grown in the US—were already near record highs. But since Feb. 18, the day President Joe Biden announced he expected Russia to invade Ukraine in the following days, prices have risen another 18 percent.

Most American farmers aren’t in a position to take advantage of the current high prices because more than 80 percent of the season’s wheat has already been sold, Anderson said. He predicts that prices will remain high, but a lot depends on how exactly the war in Ukraine pans out.

“It’s a matter of, ‘How long will the conflict last?'” he said. “And what’s the damage done? How much will it disrupt the planting of the summer crops? Will they get the spring wheat planted?”

Reduced wheat production in Ukraine would mean higher prices for the commodity worldwide, he said.

Even if farmers could take advantage of the high wheat prices, the situation’s effect on fertilizer could cancel it out, experts and farm bureau representatives said.

“Our inputs were already on the rise,” said Hawkins, the Missouri farm bureau president.

Bob White, director of national government relations for Indiana Farm Bureau, said the conflict will likely cause a ripple effect in food prices that could eventually affect consumers.

“We import 80 percent of the fertilizer we use from outside the US so the situation in eastern Europe will affect those supply chain issues around the world,” White said in a statement.

Pam Dempsey and Sky Chadde contributed to this story.

Related
MTMF
How Saving Seeds Is Helping This Modern Farmer Reconnect With Her RootsBevin Cohen
Environment
High Winds Are Rattling US Farmers This SpringSarah Kuta
Dairy, Environment, Technology
Can Biodigesters Save America’s Small Dairy Farms?Anne N. Connor
Politics
President Biden Calls on Farmers to Double Crop in Face of Food...Emily Baron Cadloff
wpDiscuz
We use cookies on our website to give you the most relevant experience by remembering your preferences and repeat visits. By clicking “Accept”, you consent to the use of ALL the cookies.
Cookie settings ACCEPT
Privacy & Cookies Policy