Farmers Struggle to Keep Up With the Rising Costs of Fertilizer

Fertilizer prices have skyrocketed as much as 300 percent since early 2021. Is there any relief in sight? 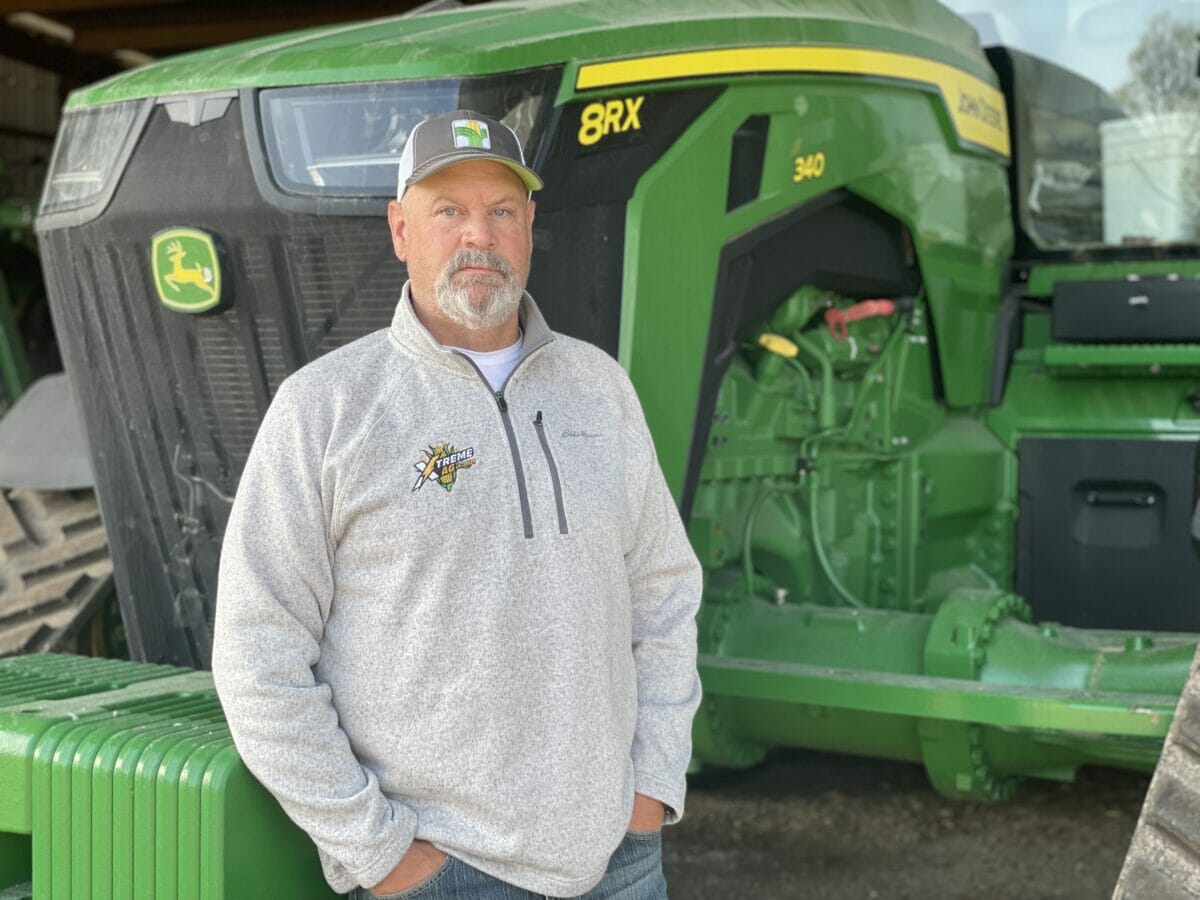 Arkansas farmer Matt Miles knows his way around pastures—and he has the records to prove it. In 2013, he harvested a 107.63-bushel soybean field, smashing the state yield record. Six years later, in 2019, he surpassed his own record, producing a whopping 120.53 bushels per acre. And while reaching these milestones has not always been a seamless journey, the farmer says the past few months have brought an unprecedented set of economic blunders.

“It’s such a volatile market right now,” he says. “There’s no guarantee of anything being a sure thing anymore. That’s the scary part.”

The fourth-generation farmer, who also grows corn, rice, cotton and wheat, has watched as the cost and availability of everything from nitrogen and phosphorus inputs to Roundup have been disrupted. On average, he says, fertilizer is currently about 35 percent more expensive than it was in the fall, with Roundup up nearly 90 percent. On top of that, Miles, who orders his product up to a year in advance, has encountered problems trying to source all the products he needs. Last month, one retailer told him he could only fulfill 30 percent of his order for the upcoming season. There simply wasn’t enough supply available.

Miles is not alone in his experience. Since early 2021, farmers across the country have struggled to keep up with price hikes and shortages for fertilizers and herbicides. According to the USDA, three kinds of fertilizer have dramatically increased in price over the past year: the cost of urea is 149 percent higher, liquid nitrogen is 192 percent more expensive and anhydrous ammonia is up a whopping 235 percent.

[RELATED: Supply Chain Crunches Are Affecting Every Corner of Agriculture]

In early December, Family Farm Action Alliance, on behalf of farmers in their network, penned a letter to the US Department of Justice (DOJ), asking it to look into whether the “alarming spike in prices” can be attributed to market manipulation. “This increase suspiciously coincides with an increase in income farmers are earning from commodity crops like soybeans and corn,” the letter reads. “For example, when corn prices paid to farmers are as high as they are right now, fertilizer corporations respond by increasing the price they charge for fertilizer.”

At the National Association of Department of Agriculture (NASDA) winter policy meeting in February, US Agriculture Secretary Tom Vilsack urged the DOJ to look into whether price hikes are justified. No action or specific findings from the DOJ have since been documented.

The American Farm Bureau also sounded an alarm in December, reporting that some fertilizer prices had increased up to 300 percent during 2021 and warning that these increases would play a huge role in the future success of the upcoming season. The organization’s latest numbers, which it shared with Modern Farmer, show costs of various inputs rising over the past five months by a minimum average of 108 percent to a maximum of 224 percent, depending on the product. And with fertilizer roughly representing 15 percent of farmers’ operating budgets, the increased price is anticipated to slice producers’ profits.

Too many factors to count

Surging fertilizer costs are projected to continue for at least the first six months of 2022, says American Farm Bureau economist Shelby Myers, who co-authored the December 2021 forecast. She says a variety of factors are contributing to the problem. This includes the increased global demand for fertilizer outpacing production, pandemic-related and weather-related supply chain disruptions and increases in production costs, which includes soaring prices of natural gas required for making inputs.

“The unfortunate piece of this is there’s so many supply and demand fundamentals at play,” Myers says. “It is a matter of waiting for supply to catch up with demand and allowing for those prices to come back down. The other frustrating piece is that we are still in an economy that is trying to recover from multiple economic shocks it has experienced over the course of the last two years.”

Brad McIntyre can recall those challenging months 14 years ago. McIntyre, who was growing a number of different row crops and running a small dairy on his Caldwell, Idaho farm at the time, resorted to keeping his operation out of the red by diversifying with hay production. One year later, he made the switch from conventional agriculture to regenerative methods. This has included implementing methods such as no till, cover cropping and rotational grazing with a number of animals he’s added to his pastures. Because of these changes, McIntyre is not worried about the current soaring fertilizer prices. 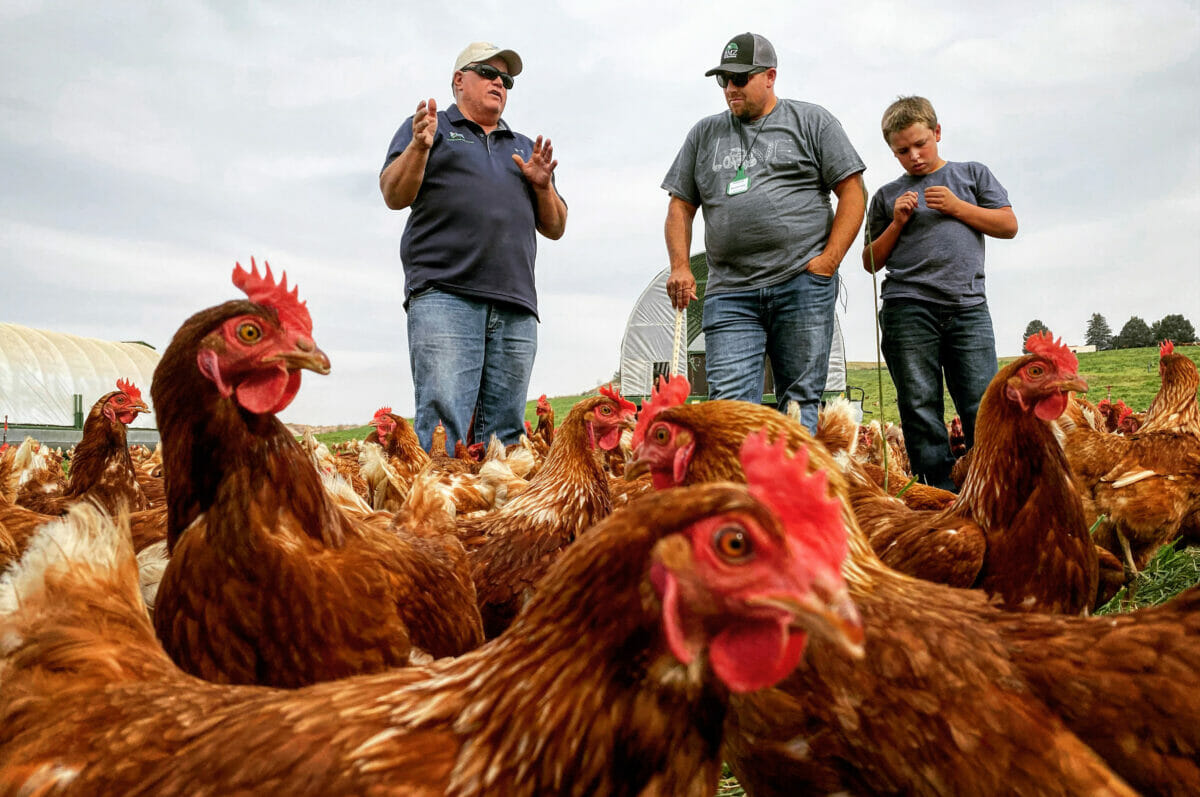 “It’s like we’re finally seeing all the hard work and time pay off,” he says, noting that, this past year, he set a new record for corn at 298 bushels per acre while using the lowest fertilizer inputs to date. “When you make these decisions, you have a hard time seeing the changes all of the time, but these past months, when we were able to do more with less, it feels like a homerun,” he says.

McIntyre says he only had to apply 100 units of nitrogen plus 30 units of fish fertilizer per acre. Conventional fertilizer applications, he adds, would have required more than 200 units per acre for similar yields and would have resulted in lower net profits.

[RELATED: Science Says You Can Swap Your Fertilizer For Black-Eyed Peas]

Experts in crop management say that if growers are committed to long-term change, implementing regenerative methods is a crucial step toward minimizing fertilizer inputs and dodging any future price fluctuations. However, it’s not a practical or easy solution for conventional farmers hoping to navigate the issue over the next few months, says Fred Below, a professor of plant physiology at the University of Illinois.

“It’s a drastic change. There’s a good chance that you end up decreasing yield the first year you do it because you’re not understanding all the little nuances,” he says.

Below recommends that farmers conduct a soil test to check their levels because they might be surprised with good news. “A lot of growers have done a good job maintaining soil fertility,” he says. “If they are blessed with critical levels of [phosphorus] and [potassium] above the required amounts, it might be time to take a holiday and cash in on their earlier management for the season.”

He also recommends using alternative supplements, such as manure and chicken litter, to boost soil nutrients. There are also a number of soil microbial solutions, Below suggests, that can improve the efficiency of fertilizer if paired with a product.

Back in Arkansas, Miles plans to use every tool in his arsenal, including some of Below’s suggestions. He’s also implemented variable rate fertilizer technology so he can be as efficient as possible with applications. Through it all, though, he’s hanging on to the promise of current commodity prices. As long as costs stay where they are, he says, his farm will be able to break even and allow him to survive to see another, hopefully more favorable, growing season.

Regenerative is the way to go!

Bro is standing in front of a brand new $500,000 tractor bitching about input costs. The fuck outta here with that bullshit lol

Standing in front of his $500,000 tractor complaining about fertilizer prices