Science Says You Can Swap Your Fertilizer For Black-Eyed Peas

A main ingredient for your Hoppin’ John? Yes. An eco-friendly alternative to fertilizer? Also yes. 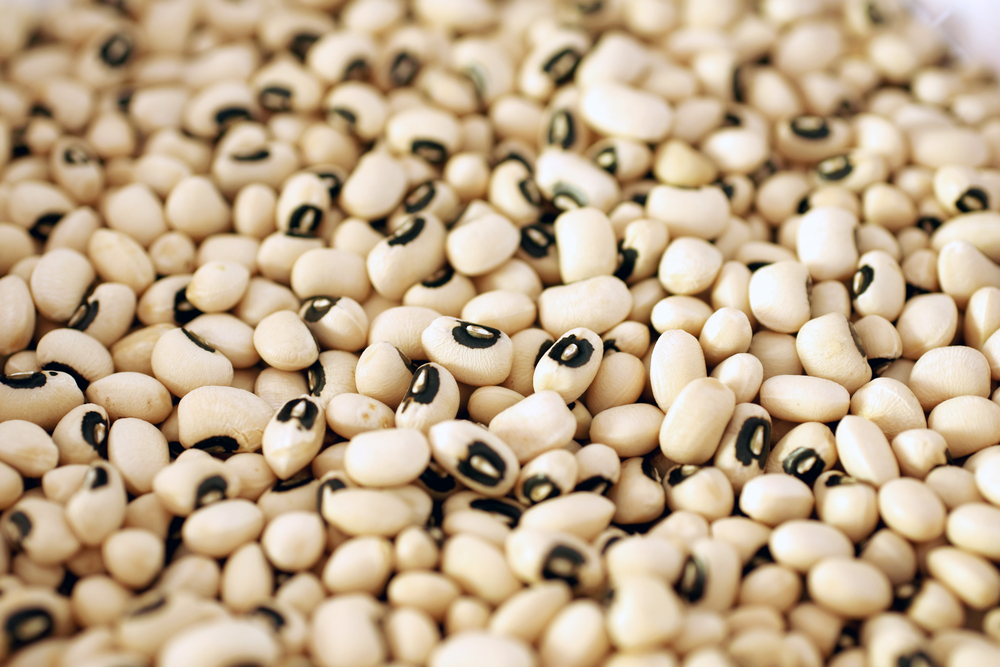 They’re a southern staple and commonly cooked on New Year’s for good luck, but black-eyed peas could also be a widely adopted alternative to nitrogen-based fertilizer in the future.

According to research recently published in the International Journal of Organic Evolution, the legume has the ability to attract nitrogen-fixing bacteria despite being subjected to modern farming activity such as pesticide drift, inbreeding and relaxed selection. This is a significant finding because these elements, or side effects, of contemporary agriculture typically degrade plant systems that draw in soil-enhancing bacteria.

The study, led by scientists at University of California, Riverside, looked at 20 different varieties of black-eyed peas, both wild and cultivated. They observed these plants’ ability to attract the nitrogen-fixing bacteria called rhizobia through chemicals they emit through their roots. Eventually, the roots of the black-eyed peas grew nodules that protect the bacteria and supply it with carbon. The black-eyed peas, in return, received a fixed form of nitrogen—a necessary nutrient in plant growth.

Scientists suggest planting the black-eyed peas in rotation with other crops to reap the benefits from this symbiotic relationship. The study piggybacks off of the work of agriculturalist George Washington Carver, who studied and preached growing legumes to improve soil health in the 20th century. In modern-day and future farming systems though, researchers say these results provide a genetic foundation for symbiotic abilities. This could eventually help breed better plants beyond normally prized traits such as disease resistance, protein content, taste or appearance.

“To make agriculture more sustainable, one of the things we need to do is focus on the plant’s ability to get services from microbes already in the soil, rather than trying to get those services by dumping chemicals,” says Joel Sachs, UC Riverside professor of evolution and ecology, who also co-authored the paper.

Black-eyed peas emit nitrogen sparingly because it’s based on a reaction of when the plant senses it could die due to low levels of nutrients. Nitrogen fertilizer, in comparison, is often applied at a rate faster than plants are able to use it. This excess amount then often gets washed into waterways, which can amount to a number of health and environmental issues.

For instance, the accumulation of nitrogen in rivers, lakes and oceans fuels harmful algae blooms that use up oxygen and kill fish. This results in dead zones, as observed in the Gulf of Mexico, where no other life is able to survive. High concentration of nitrogen has also posed a threat to drinking water quality, having been linked to serious health problems, notably methemoglobinemia or blue baby syndrome in infants.

So, next time you reach for your chemical fertilizer to give your soil a nitrogen boost, perhaps consider planting black-eyed peas instead.

Just yesterday I was saying I don’t have a green thumb and nothing I plant ever grows 😢 but I do work in an NGO http://www.baowe.org with over 4000 members across my country Bhutan that includes 99% rural women smallholder farmers and it is for them I gather information they can use .
Thank you for including me 🙏

our world is soooo full of negative noras. good grief, these comments.

My grandfather…my father as well as myself plant peas right along with our corn in our vegetable gardens. Works great.

Dumbest article i have read in my 30 years as a professional agronomist. Everyone in agriculture knows that legumes like beans and peas “fix”/incorporate atmospheric N into their tissue. When that tissue decomposes the N is released into the soil. Farmers have been taking advantage of this forever by rotating corn with the legumes soybeans and/or alfalfa. The problem is that there is no legume species that can fix and release nearly enough N to satisify the requirements of a following corn or wheat crop.

I have a farming operation on Lake Victoria. We are always trying to best ways to not use commercial fertilizer.
Beans are a staple in this beans and maize are staples here. More black eye beans will be even better.

Amount of n fixed per hectare per unit time is required.

Are there other natural ways to fertilize my soil

How do you keep from ending up with a field of peas?