Why Do We Eat Black-Eyed Peas on New Year’s?

Tracing the tradition back to its southern roots. 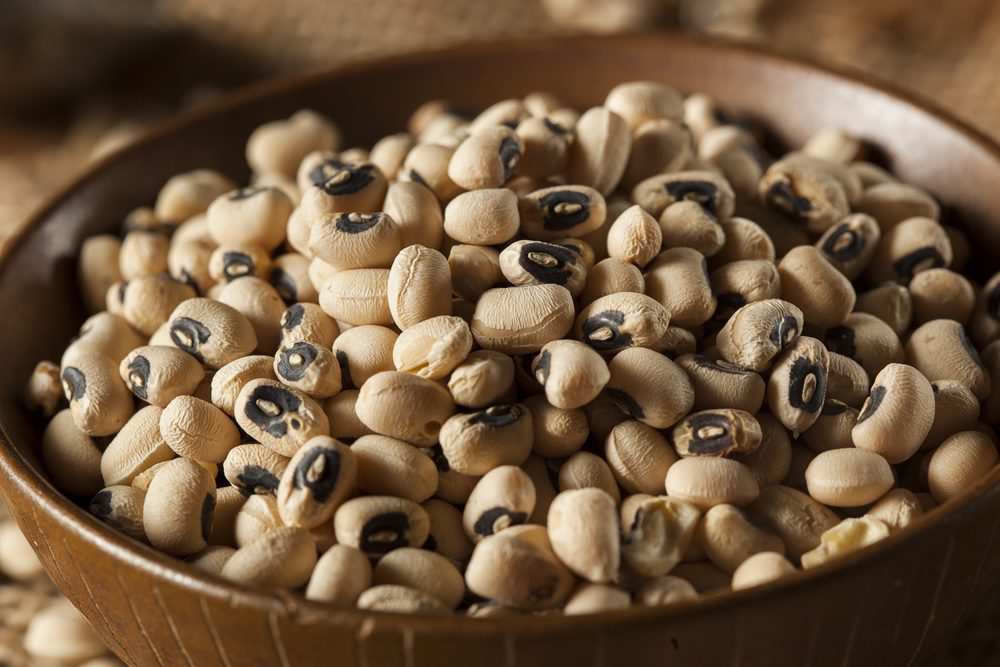 On New Year’s Eve, many African-Americans make a point to cook black-eyed peas to usher in the new year, and as author John Egerton wrote in his book Southern Food, it is believed they have a “mystical and mythical power to bring good luck.”

The black-eyed pea isn’t a pea at all. In actuality, it’s a bean that is in the cowpea family. Black-eyed peas made the journey to the Americas on slave ships, as the bean was brought on slave ships from West Africa to feed the ensalved people who made the long and tortuous journey across the Middle Passage. In Africa, black-eyed peas would have been either boiled and eaten with rice, or fried and eaten with rice and fried plantains. Once in America, black-eyed peas were able to be planted by enslaved people in their gardens because they were viewed as a food for poor people, and were also used to feed animals. They were often used in soups, stews and fritters.

After the Civil War, eating black-eyed peas became more common throughout the South and was not limited to being food for the enslaved people or the poor. The Union Army raided the Confederate Army’s food supplies during the Civil War and took everything that they considered edible, with the exception of black-eyed peas. At this point, the Confederate Army had to eat whatever they could find and ate the beans out of necessity.

The most common way to eat black-eyed peas is in the Hoppin’ John dish. The earliest recipe can be found in an 1847 cookbook, A Carolina Housewife, written by Sarah Rutledge. Most recipes for Hoppin’ John call for cooking the black-eyed peas with rice, pork (usually fatback or bacon) and seasonings. Some variations include chopped onions and hot sauce. 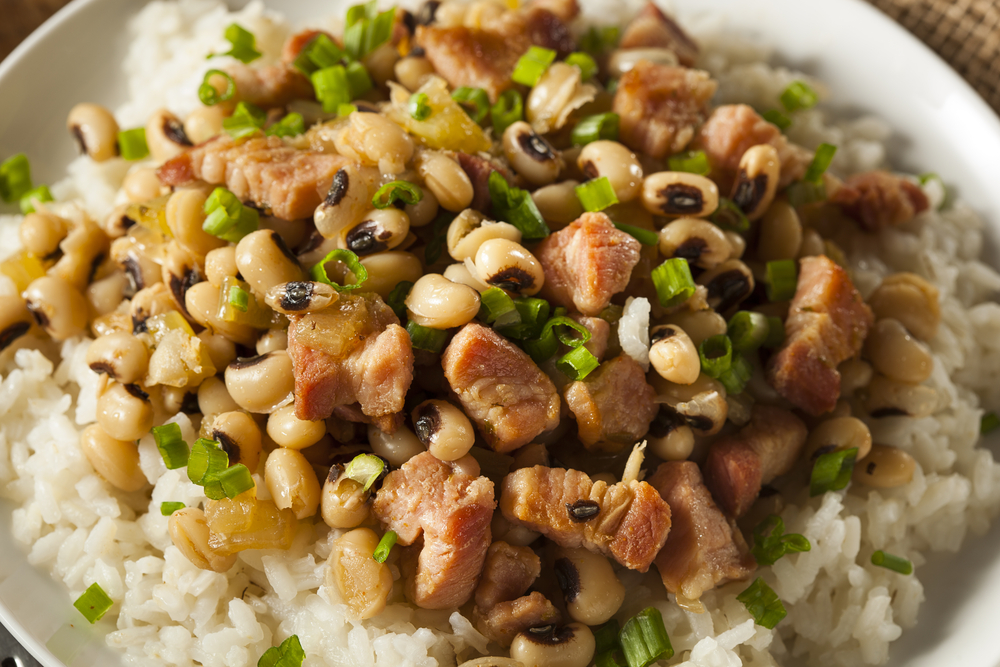 A variation of Hoppin’ John, made with black-eyed peas and pork. Photo by Brent Hofacker, Shutterstock.

However, no one knows exactly where the tradition of eating black-eyed peas for good luck and prosperity in the new year came from; there are a couple of theories. One theory is that the enslaved ate black-eyed peas when the Emancipation Proclamation became effective on January 1, 1863. Another theory is based on the Southern phrase, “eat poor on New Year’s and eat fat the rest of the year”—grounded in the historically held belief that black-eyed peas were for poor people.

Southerners and African-Americans alike carry on the tradition of making sure a pot of black-eyed peas is on the stove to welcome in the new year, no matter where they live. As far back as 1904, there was a mention in the Broad Ax, a Black weekly newspaper in Utah. “Mrs. Marshall Drish, 4613 Dearborn Street, received a small bag of black eyed peas from one of her lady friends who came from behind the sun down in Tennessee; with the request she should cook and eat them all on New Year’s Day; If she did so she would have plenty of money all the year round. We are not in a position to state whether Mrs. Drish followed her friend’s advice or not.”

The jury is still out on if black-eyed peas really are the key to good luck for the year, but that is perhaps irrelevant. It could be said that it is more important to carry on the traditions of those who have come before, and in a small way, while we eat, we are continuing a ritual which binds us to our loved ones. What’s more valuable than that?

My mother always made black eyed peas usually with ham hocks every New Years Day during my childhood in Oklahoma. She was from Arkansas and was a descendant from those who traveled the Trail of Tears from Western NC to Western Arkansas and Eastern Indian Territory. I married a young lady from Puerto Rico 35 years ago and she prepares black eyed peas now on New Years. Who wants to tempt fate?

I grow black eyed peas every summer, harvest them while the “peas” are still green, shell and freeze them until New Year’s eve dinner, when I cook them with rice, caramelized onions, collard greens, and smoked ham, all cooked in a smoked ham hock broth. The black eyed peas cook in a minute and stay bright and delicious.

I always cook black eyed peas on New Years for luck and try to make sure all my children who are adults now to eat black eyed peas and their family my grandchildren for sure. I love them with corn bread. My family is from the south I was born n raised in Texas

i made a mild blak eye pea curry for new year’s. i didnt have any collard greens. i hope i will still get good luck.

Not everything has to be public knowledge.