The Rising Trend of Seed Banks in China

A new study examines the new movement to preserve one of the world’s oldest agricultural traditions. 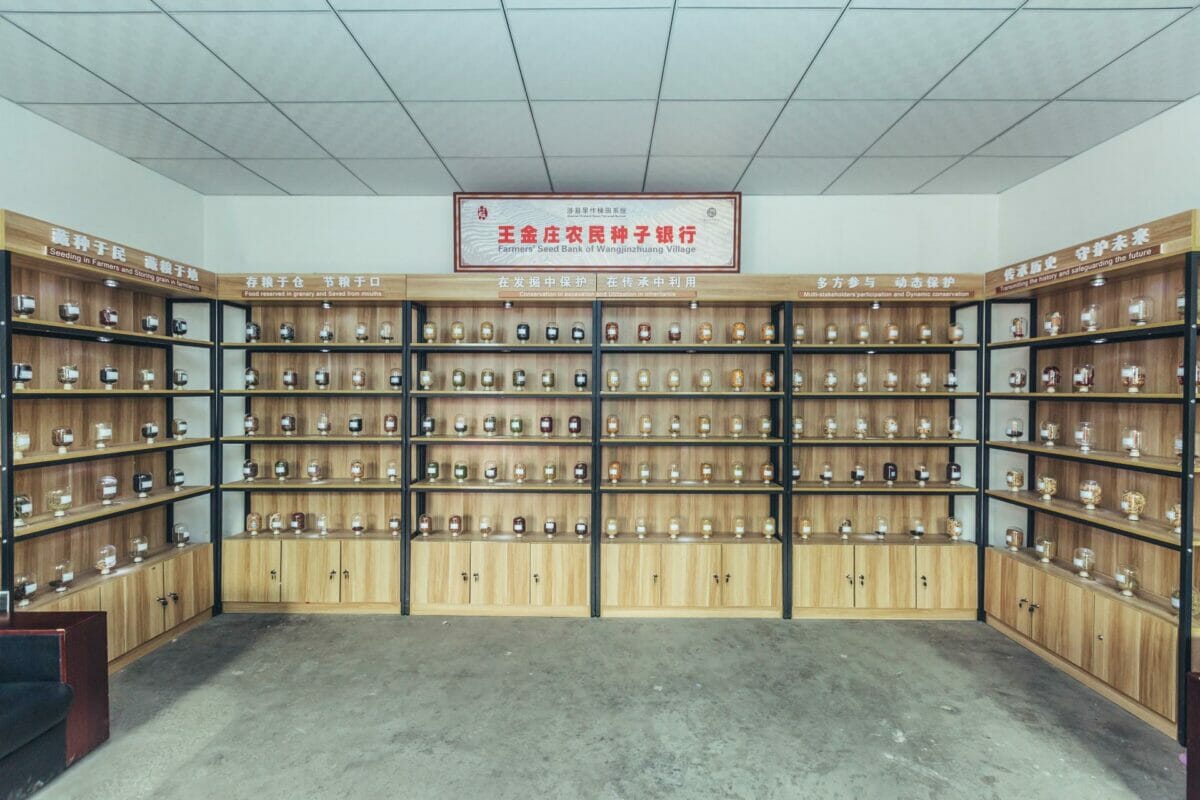 As far back as at least 6000 BC, domesticated crops were grown in China.

Those crops varied dramatically owing to the many different environments and cultures throughout the country (or empire), but it’s known that crops including millet, varieties of the mustard family, beans, wheat and rice have been grown in substantial quantities for thousands of years. And yet, according to a new study led by Dr. Yiching Song from the Chinese Academy of Sciences (and seed bank organizer with the Farmer Seeds Network), agricultural biodiversity has plummeted in the past few decades. One way to save that: seed banks. But China, despite its incredibly long and varied agricultural history, its reliance on agriculture and its sheer size, has been slow to adopt seed banks.

“Although they have been around for some 35 years in various parts of the world, in China they have a much shorter history,” reads this new paper, published in the journal Frontiers in Sustainable Food Systems.

Seed banks, which preserve seeds in controlled environments, date back to the late 19th century; the Vavilov Research Institute of Plant Industry, in St. Petersburg, Russia, is often cited as the first major seed bank. Governments in the west, from the United States to Europe, started creating public seed banks in the 1940s and 1950s; by the 1960s, nonprofits sprung up to create their own.

Seed banks have become a more pressing matter over the past few decades. One of their primary purposes is to protect and store agricultural biodiversity in order to keep the seeds of plants viable even if they aren’t commonly found. That’s become a serious issue for two main reasons. First, the biodiversity of crops has absolutely crashed in the past 50 years, as farms become increasingly focused on just a few varieties. The Chinese Ministry of Agriculture conducted surveys and found that, in 1956, there were 11,590 varieties of grain crops planted in China. In 2014, there were only 3,271.

The decreasing numbers of varieties of crops isn’t just boring: It’s potentially dangerous. The other reason seed banks are so valuable is the current and looming threat of climate change. Some varieties of crops have characteristics that can allow them to survive and thrive in different environments; some may have higher tolerance for drought, some may prevent erosion with longer roots and some may be able to handle different types and qualities of soil. And as climate change renders the land different than it was before, that variety will be needed to ensure a steady supply of successful crops, rather than just hoping our few modern varieties can handle what’s to come.

By 2020, the authors of this paper write, China had about 30 community seed banks. These tend to be in more rural areas and are resources that allow farmers to withstand natural disasters and to ensure that the hyper-local, old varieties of crops make it through another year. This study includes interviews and analysis of 27 of these seed banks, along with a discussion of their place within Chinese agriculture.

The researchers found that the seed banks were largely run by women, possibly owing to the popularity of urban jobs for men. These seed banks provide more than just a storage site for seeds; they also provide seeds to farmers, are a place to collect information about how best to grow crops in specific regions and can serve as tourist attractions.

But there are significant roadblocks, even beyond the relative paucity of these community seed banks compared with other countries. The researchers found that the Chinese seed banks struggle to keep seeds viable and healthy, which is no easy task for a small community seed bank. And the researchers also found that the federal and local governments have not done enough to offer support, resources or the sharing of data between these independent banks. Many of these seed banks are run by ethnic minorities in rural areas—communities with a ton of institutional knowledge about what works best in their areas and how best to grow it. That knowledge is not, according to the researchers, being adequately preserved. And it’ll need to be.