The Latest Battle in the Meat Wars

It’s “MeatOut Day” vs. “Meat on the Menu Day” in middle America. 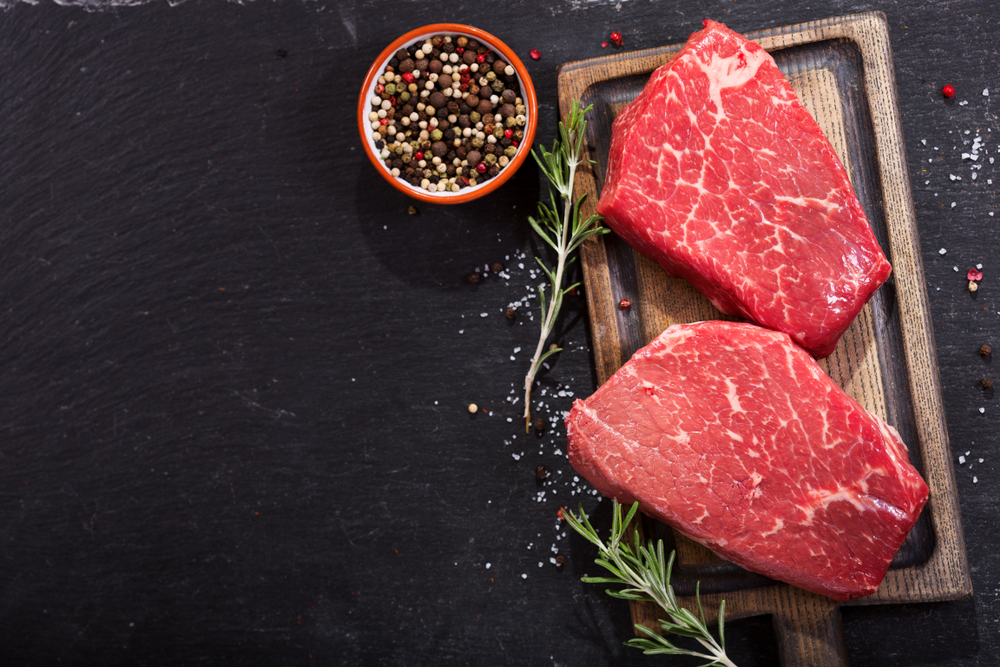 Colorado’s Democratic governor has declared this coming Saturday, March 20 to be “MeatOut Day,” an official but officially non-binding proclamation encouraging state residents to forego eating meat for a single day. It joins a long list of other such ceremonial non-events that Gov. Jared Polis has celebrated while in office—Colorado Farm Bureau Day, Truck Driver Appreciation Day and Breakfast Burrito Day among them.

Naturally, then, the livestock industry and its Republican allies are reacting as though Polis is vowing to raid their meat freezers and force feed them organic kale.

On Monday, Nebraska Gov. Pete Ricketts declared the out-of-state declaration to be “a direct attack on our way of life,” and he promised that March 20 would be “Meat on the Menu Day” in his state. That meat-themed announcement echoed an earlier push from the Colorado Cattlemen’s Association, which had responded to Polis’ proclamation with one of its own calling for a “Meat In” campaign to encourage people to “meet in a restaurant and order your favorite meat dish, meet your family and friends for a meal featuring meat.” About two dozen conservative counties in Colorado have lent their support to that cause.

As absurd as these dueling days sound, they’re actually an accurate illustration of a fight that has been going on for nearly a decade and one that is likely to grow more intense as Washington confronts the reality of climate change, however slowly.

The battles so far have largely followed the same script: Some official somewhere ever-so gently recommends people eat a little less meat and the industry and its powerful friends react as though Democrats are banning burgers.

Consider one of the first times this fight spilled out into public. Back in 2011, the US Department of Agriculture sent out an interoffice newsletter suggesting that its employees participate in a Meatless Monday initiative at agency cafeterias. The National Cattlemen’s Beef Association quickly sounded the alarm, and Washington Republicans rode to the rescue. GOP Sen. Chuck Grassley, for instance, declared he would “eat more meat on Monday to compensate for [the] stupid USDA recommendation,” and then-Rep. Steve King of Iowa similarly vowed to stage his own “double rib-eye Mondays” in protest. The USDA, then (as now) led by Secretary Tom Vilsack, promptly pulled the offending newsletter from the agency’s website and issued a statement saying that it “does not endorse Meatless Monday.”

Similar stories have played out almost beat for beat in the years since—in Capitol Hill cafeterias, in school lunchrooms and even on federal dietary panels. More recently, meat talking points have increasingly bled into the climate debate, with Republicans claiming that Democratic attempts to cut emissions will inevitably end with a government-mandated vegetarian future.

Environmentalists and animal rights groups tend to be the ones leading efforts to get Americans to eat less meat. MeatOut Day was created back in the mid-1980s by the Farm Animal Rights Movement, but non-partisan public health officials and environmental scientists have increasingly lent their support to the effort as well. The Meatless Monday campaign, another well-known effort to get people to think about their meat consumption, was created by a former ad man-turned-health advocate and has the support of a number of prominent public health institutions.

The scientific rationale behind the less-meat movement is rather simple. Eating too much meat can lead to all sorts of health problems, and raising livestock is a resource-intensive and heavy-emitting endeavor. The latest research, meanwhile, suggests that Americans are indeed eating too much meat—more than six times the recommended amount of red meat by some estimates. Eating a little less, then, would mean a healthier population and a healthier planet. But eating more of it, in fairness, would be better for the industry’s bottom line.