Farm-State Republicans Are Trying Out a New-Again Climate Message 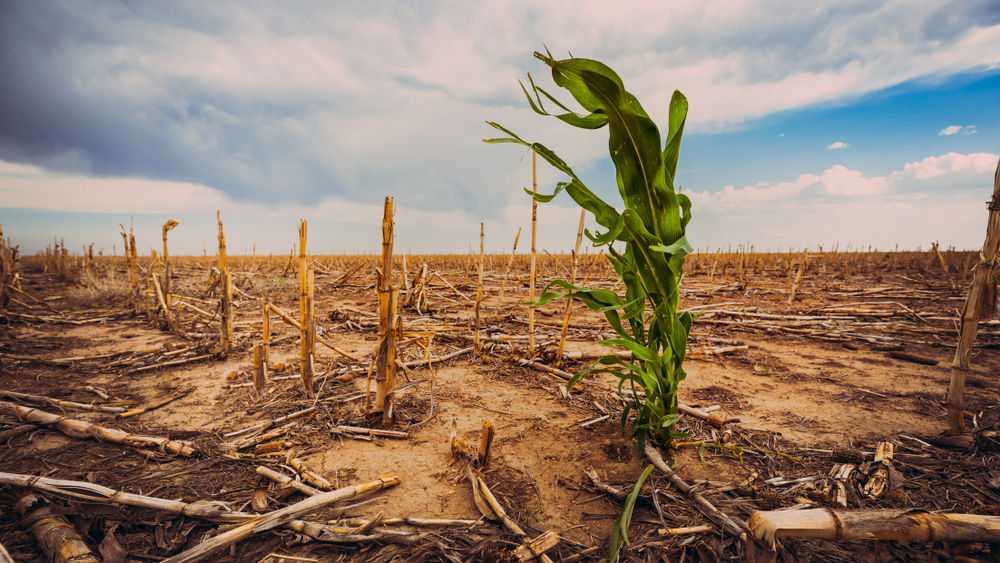 The shift comes as the GOP rethinks whether full-on climate denialism is in its best interest politically at a time when the American public increasingly supports climate action.
Photography by Scott Book on Shutterstock
Share
Tweet
Pin
Email

Farm-state Republicans in the House took a new-again climate message out for a test drive on Thursday. Just like their colleagues on the other side of the aisle, they promise, they really are eager to cut carbon emissions—they just don’t like any of the Democratic proposals to do so.

“Reducing emission is what we should be pursuing, it’s the right thing to do,” said Pennsylvania Rep. Glenn Thompson, the top Republican on the House Agriculture Committee during the panel’s first hearing of the year. An olive branch to Democrats, however, this was not. Seconds later, Thompson was warning of “climate grifters” pushing an “extreme agenda” on the back of an “apocalyptic narrative.” In his and his GOP colleagues’ telling, Democrats’ three most recent major climate proposals—the Waxman-Markey cap-and-trade bill, former President Barack Obama’s Clean Power Plan and the Green New Deal—were all examples of dangerous government overreach. “The question isn’t whether or not climate change is real,” said Thompson. “The question is not whether or not to reduce emissions. The question is how to best approach it.”

Thompson’s no-one-is-questioning-the-science posture is a relatively new one. Back in 2009, he suggested Democrats’ climate views were “not so much based on real science as political science or even, to some degree, science fiction.” As recently as 2017, he was suggesting sunspots might be as much to blame for global warming as humans. And, of course, there was his unwavering support of former President Donald Trump, a man who called climate change a “Chinese hoax,” almost gleefully ignored climate warnings and whose US Department of Agriculture buried government-funded studies about the serious effects of global warming.

The shift, however, comes as the GOP rethinks whether full-on climate denialism is in its best interest politically at a time when the American public increasingly supports climate action. The change in messaging is not universal nor is it entirely new. Many GOP lawmakers still deny even the basics of climate science, while a small but significant number of them have over the years flirted with accepting the scientific consensus to get a seat at the bargaining table. Historically, though, climate-curious conservatives, including Sen. Lindsey Graham and the late Sen. John McCain, left that table—or the couch, in the case of Newt Gingrich—after it became clear that Democrats didn’t have the votes on their own to pass such efforts.

But that cycle may be beginning anew now that the White House and congressional Democrats once again have enough power in Washington where major climate action—including in the ag sector—seems possible, if not necessarily probable. According to E&E News, a dozen or so top Republicans met in Utah this past weekend to brainstorm ways to “reclaim the narrative” on climate. While that report didn’t specify exactly what the GOP has in mind, Thursday’s ag hearing offered some hints—particularly for farm-state Republicans who are eager to secure any future federal climate funding for their home-state farmers while still protecting them from any emission-cutting mandates.

“We all want to be good stewards of the environment, but what we disagree over is the power that should be given to the government,” said Rep. Rick Allen, a Georgia Republican. “Climate change, at its worst, can be and is used by various actors as a Trojan horse by which they gain the power to regulate and have total oversight over every industry and citizen in this country.” In the past, Allen’s disagreements have extended beyond simply the government’s role. During a 2014 debate, for instance, he was asked. “Do you believe man-made greenhouse gas emissions are a major source of climate change?” His answer: “No.” He didn’t issue such a blanket statement Thursday, but he did use a portion of his allotted speaking time to quote the Bible (Genesis 3:18) and cite the debunked claim of the Earth’s orbital cycles—which last tens of thousands of years—in an attempt to downplay recent warming trends.

Even those Republicans unwilling to concede even the smallest scientific ground on Thursday happily focused their energy on what a Democratic plan could mean in a hypothetical future as opposed to what climate change means in the present. Rep. Jim Hagedorn, who declared as recently as 2019 that “I do not believe in man-made climate change,” took such GOP criticism to its logical extreme. “There’s plenty of opportunity for the federal government, and Democrats in Congress, to mandate all these things that have to do with energy—what kind of cars we can drive, what kind of energy is produced,” said the Minnesota Republican. “There’s no reason to think that they couldn’t come forward and try to mandate that we could no longer have livestock production in our country the way we have it, and that we would need to go towards a plant-based diet.”

Fears of a government-mandated vegetarian future aside, the GOP’s small-government advocacy generally lines up with talking points offered by the American Farm Bureau Federation, the largest farm lobby in the country and one that has also rethought its position on climate change, much like some in the GOP are doing now. The phrase “voluntary, market-based incentives” was a common refrain Thursday, from both the bureau’s president, Zippy Duvall, who testified, and the ag panel’s Republicans. But despite the common language, the farm lobby and the GOP aren’t publicly marching in tandem as they did a decade ago when they both opposed a cap-and-trade bill that died in the Senate.

The Farm Bureau, along with other powerful ag interests, have voiced support for one of President Joe Biden’s big climate ideas, a USDA carbon bank that would pay farmers to adopt regenerative farming techniques and, eventually, set up a marketplace where carbon-sequestering farmers would sell credits to carbon-emitting polluters. Many ag-state Republicans, in both the House and Senate, like the idea of sending more cash to farmers, but they are strongly opposed to a new federal system that would open the door to a price on carbon.

The fact that the Farm Bureau and its president are on the opposite side of the issue from them has left some Republicans unsettled. The bureau has traditionally been a GOP ally and Duvall even donned a red MAGA hat while riding a tractor down Pennsylvania Avenue during Trump’s inauguration. “Zippy, I love working with you, everybody in this committee trusts you and the Farm Bureau, you’re good people,” South Dakota Rep. Dusty Johnson said Thursday. “So, give me some sense of what analysis made you all comfortable getting on board with the carbon bank.”

“Well, I’ll admit, I’m not totally comfortable yet,” said Duvall, adding that it’s not yet clear exactly how much cash the bank would send to farmers. “There may be a time in the future when we as an organization may not support it.” Now that’s an answer Republican lawmakers can probably get behind.