Cookbooks We’re Reaching for This Fall 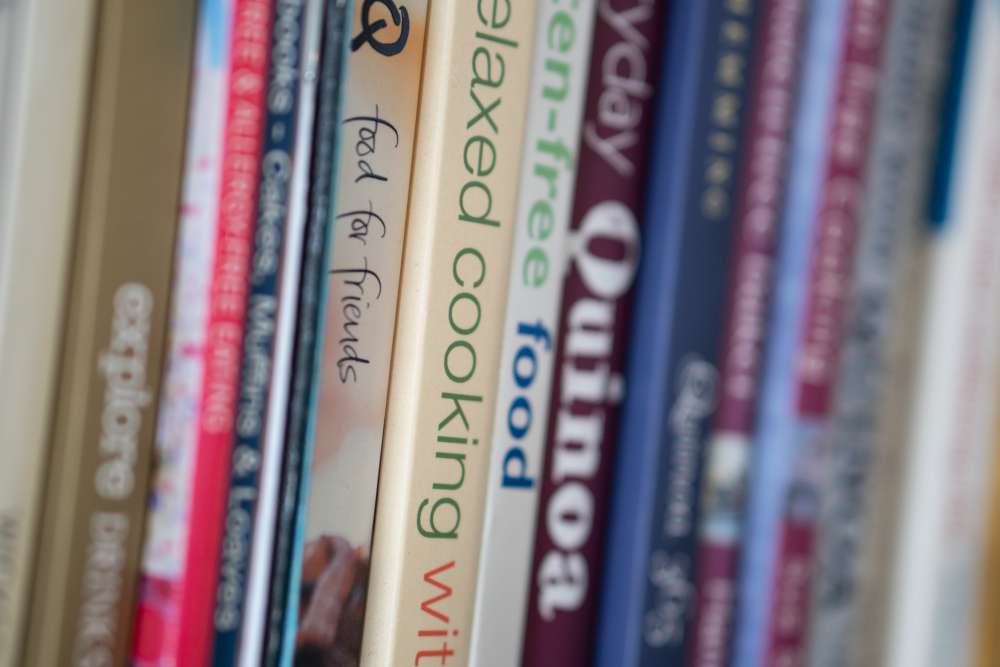 These seven new cookbooks are our picks for this fall.
Photography by rachel ko on Shutterstock
Share
Tweet
Pin
Email

Chef Marcus Samuelsson is back with this ode to contemporary Black cooking. The Rise contains 150 recipes that dive deep into the roots of Black cooking, and pay tribute to other chefs and activists. Some highlights include a recipe for crab curry with yams and mustard greens in tribute to chef Nyesha Arrington and one for spiced catfish with pumpkin leche de tigre to celebrate chef Edouardo Jordan.
(October 27, Voracious Books)

Lara Lee’s debut cookbook shows off the delicious food of Indonesia. In Coconut & Sambal, the half-Indonesian, half-Australian chef looks to pull back the curtain on the archipelago nation’s often overlooked cuisine. The colorful book includes recipes for various spicy sambals and Indonesian staples like nasi goreng and beef rendang.
(May 14, Bloomsbury Publishing)

The possibilities of pie are endless. Petra Paredez, of New York pie shop, Petee’s Pie Company, proves this in Pie for Everyone. The book includes recipes for more than 80 types of pie. Need we say more?
(September 22, Abrams Books)

Matty Matheson’s second cookbook is a bit of an encyclopedia of the Canadian chef’s recipes sprinkled with lots of his humor. Homestyle Cookery contains 12 chapters of recipes, each about a different type of food. There’s a huge range of what homecooks can make with this book, from basics such as stocks and breads to more complicated dishes like Newfoundland Snow Crab Rangoon. There is even an entire chapter devoted to hearty sandwiches.
(September 29, Abrams Books)

In this new cookbook, Somalian chef Hawa Hassan and food writer Julia Turshen take homecooks on a journey through eight African grandmothers’ kitchens. Each grandmother is from a different country, South Africa, Mozambique, Madagascar, Comoros, Tanzania, Kenya, Somalia and Eritrea. And each share their stories and recipes in this moving book.
(October 13, Ten Speed Press)

In his second cookbook, food writer Nik Sharma looks to teach homecooks about the incredible chemical reactions happening on their stoves and in their ovens. Sharma draws from his past experience as a molecular biologist to explain the science behind why things taste the way they do. (October 27, Chronicle Books)

Part memoir and part cookbook, Amboy tells the story of Alvin Cailan the Fillipino-American chef of Eggslut fame. The book, which was co-written by filmmaker Alexandra Cuerdo, contains a mixture of his own recipes that launched his career and family recipes he grew up eating as a first-generation immigrant in Los Angeles.
(August 25, Houghton Mifflin Harcourt)