Choose Your Own Adventure with Matty Matheson’s New Cookbook 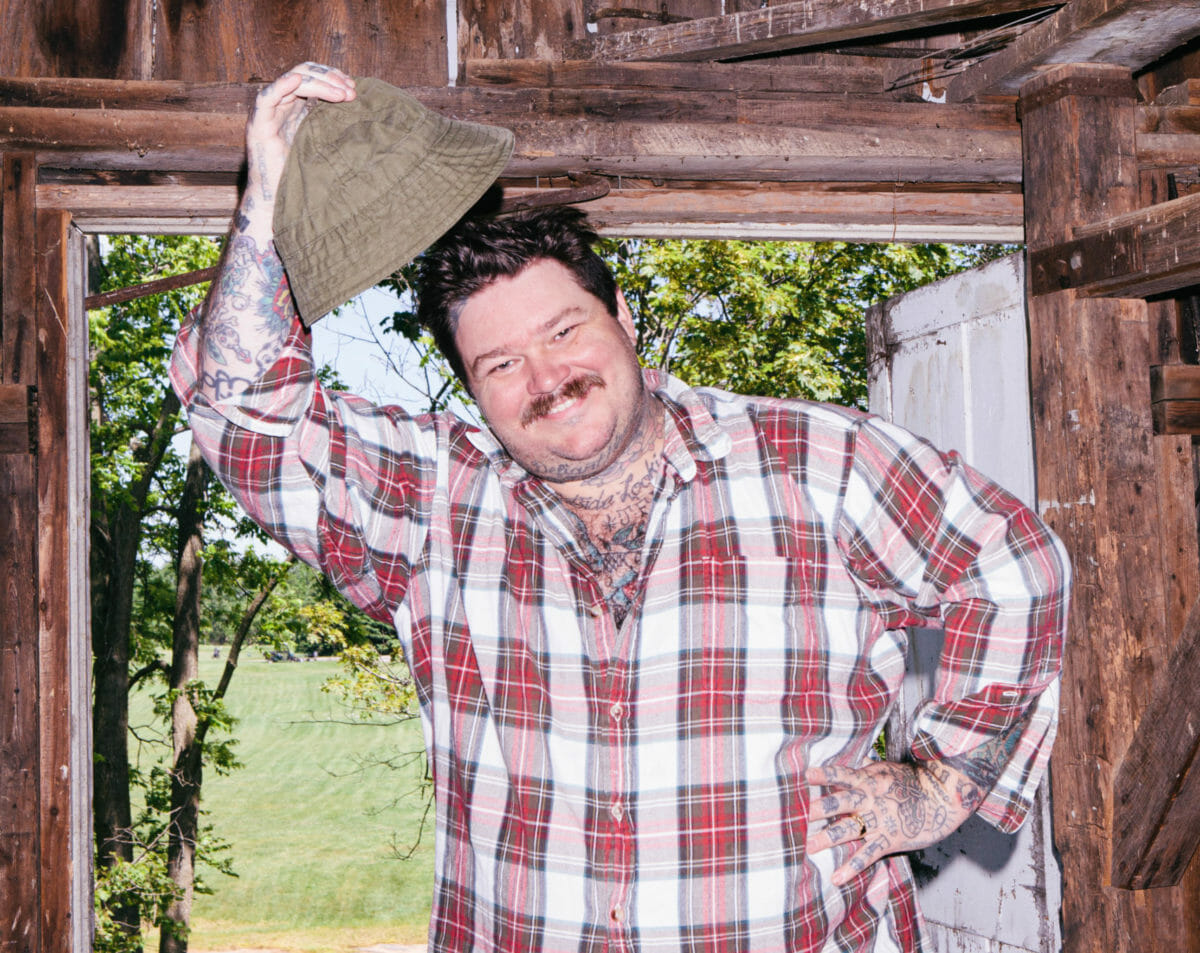 Many home cooks can buy a chicken and roast it. But can they cook it five or six ways? Matty Matheson wants to teach them how.

The chef’s latest cookbook, Home Style Cookery, comes out this week and contains 12 chapters, packed full of hearty recipes. It’s a recipe encyclopedia, and kind of like a Joy of Cooking for Matheson’s fans.

For Matheson, the book is purely about getting people excited about cooking. He describes it as a “choose your own adventure” cookbook that gives the reader a variety of techniques they can follow and build upon. Matheson hopes home cooks will bake the breads in the book’s first chapter, and then use them for a sandwich from the seventh chapter, or turn a vegetable dish in the third chapter into a soup from the sixth chapter.

“I’m just trying to give you some fundamental ideas, techniques, and then whichever way you can take them, you can ride,” he says. “I think there are enough recipes in this book that people will be able to paint their own picture, make their own meals, get excited about cooking and keep learning.”

The book covers everything from how to make basic stocks and sauces to more complicated dishes like lobster thermidor. It has a whole chapter on sandwiches. And like Matheson, the book’s food doesn’t take itself too seriously. (One highlight is a smoked top sirloin sandwich with Cheez Whiz.) 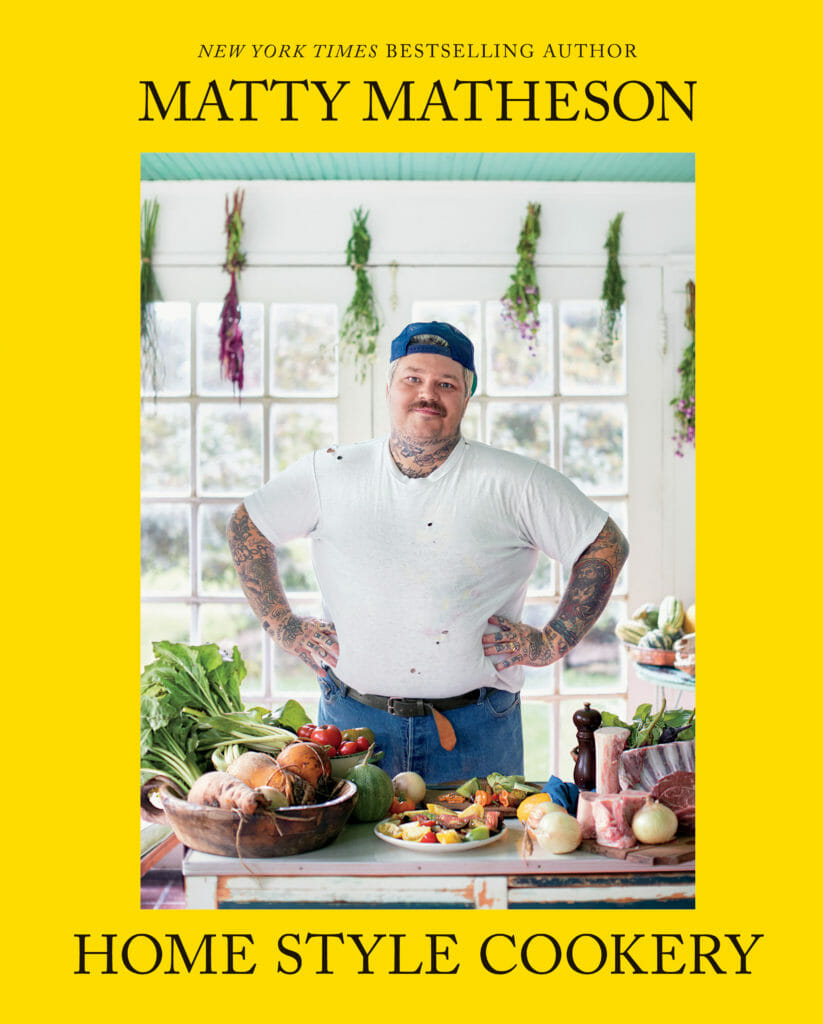 Matheson wrote the book around a year ago, but it is conveniently coming out during a surge in home cooking, and at a time when people are thinking more about where their food comes from.

Despite the pandemic, Matheson has forged onwards with a number of different projects, including the new book, and a second season of his YouTube show, Just a Dash, which starts in October. The show, which he produced independently after parting ways with Vice, attracted an average of a million viewers per episode in its first season. He also recently launched a local barbecue takeout joint called Matty Matheson’s Meat & Three, and is working to open two new restaurants in Toronto.

He started his own vegetable garden—Blue Goose Farm—this spring on his property in Fort Erie, Ontario, with the help of former Toronto chef Keenan McVey. They’ve grown a vast assortment of vegetables on a 3,500-square-foot plot, which goes to three restaurants in Toronto, as well as Matheson’s own kitchen. He says a certain percentage of the farm’s produce also goes to community fridges in Toronto. 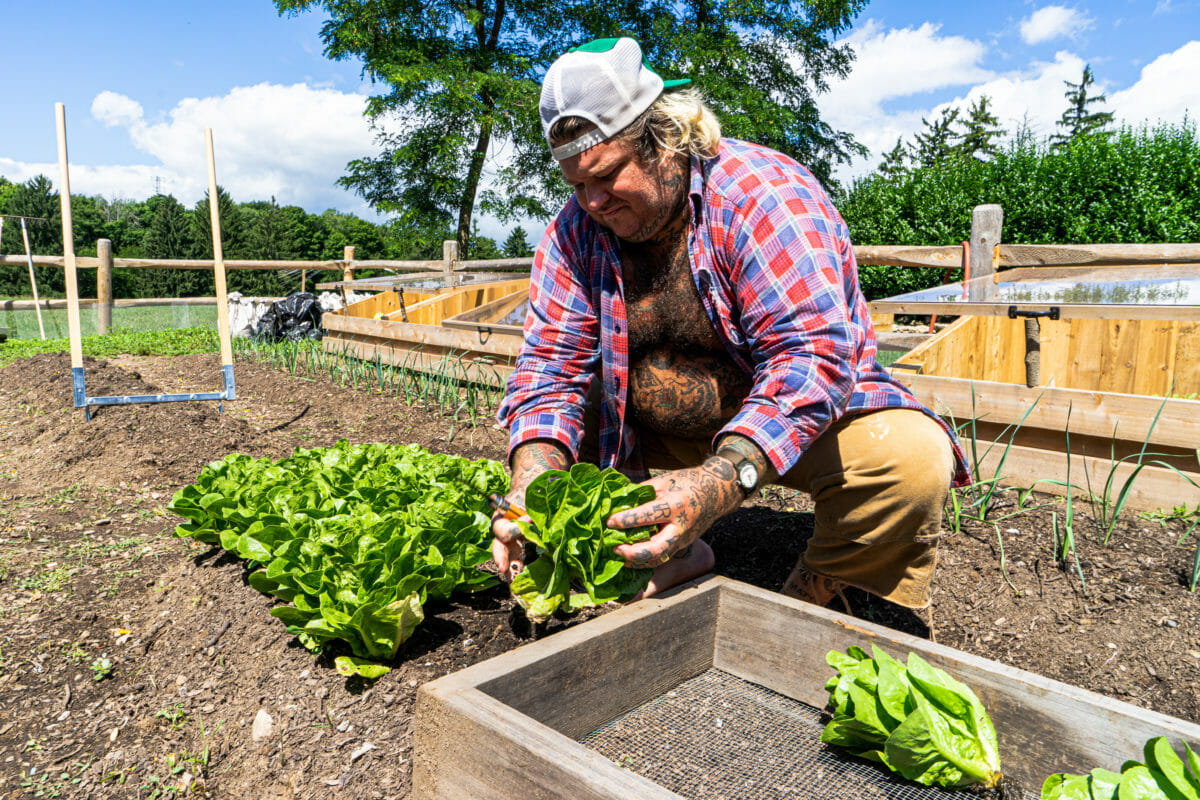 Matty Matheson tends to his garden. Photo by Eric Davis

Growing vegetables has been a rewarding experience for Matheson. He says he felt it was his duty to grow vegetables on his land, which he bought a couple years ago when he moved back to Fort Erie from Toronto. “I never thought growing vegetables would make me feel the way I feel,” Matheson says. “It’s like anything. You’ll never understand what it’s like to have a child until you have a child. You’ll never know what it’s like to have a garden that produces vegetables until you have it.”

Matheson’s 2018 bestselling cookbook, Matty Matheson: A Cookbook, told personal stories through food. Matheson admits that he only had himself in mind when he wrote the first book, but he says this new book is for anybody. The secret ingredient in Home Style Cookery, he says, is the person cooking, and their own food preferences, as that’s what will determine their food journey. Matheson just wants to be their guide.