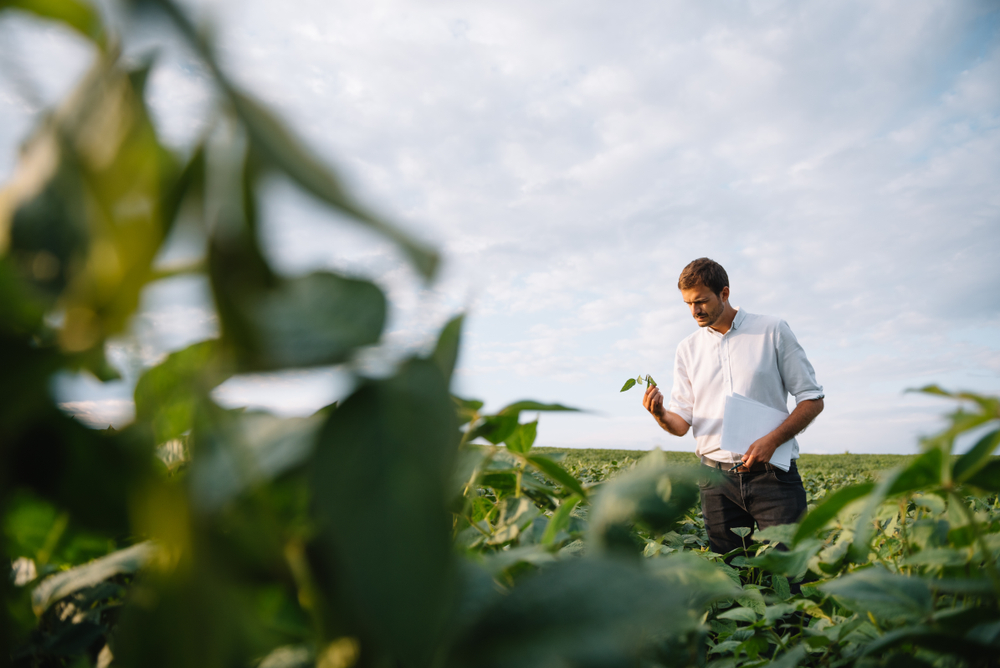 The latest escalation of the Trump-China trade war has led to an iron door slamming shut.

The Chinese decision is a response to two moves from Donald Trump and his administration. The first was a surprise announcement, made by Trump, that the US would begin instituting a 10 percent tariff on about $300 billion worth of Chinese goods. This came following a series of trade negotiations that press officers in the Trump administration described as “productive,” but Trump tweeted that China had reneged on promises to purchase certain American agricultural products (without specifying what those might have been).

Then, on Monday, Treasury Secretary Steven Mnuchin formally labeled China as a currency manipulator due to a drop in the value of the yuan. The move is largely symbolic, but also nearly unprecedented, and seen as mostly an open-handed slap in the face to China.

This will be yet another insanely heavy burden on American farmers, who have dealt with fallout from the trade war for over a year, in addition to swine flu, floods, droughts, and heat waves.

As an investor in Australian agribusiness company Wesfarmers, I owe those who voted for your President a deep debt of gratitude. Australian soybean farmers have been trying to crack the Chinese market for decades. However, the highly conservative Chinese buyers were willing to accept the slightly higher prices and slightly lower quality in terms of pesticide content US product in return for a stable, safe source of supply for the highest quality soybeans used in making soy sauce. Brazil and Russia outproduced us in the much larger lower quality soy used as feedstock, with lower costs, but it was the… Read more »

I understand how the farmers are feeling but I have no sympathy for them. They voted for Trump believing that he was going to do great things for them. That obviously has backfired. I think that the warnings about trump went above their heads. Guess the almighty liberator didn’t deliver and the farmers are left holding the bag. Maybe in the election, they will choose wisely.

Please consider changing your crops over to hemp to sell biomass (namely fibers) to local manufacturers. It can be used to make 100% eco-friendly building products that are pest, mold, water and fire resistant. We need to house our families, but, we cannot continue to deforest our continent. As well as, 50k other products including fabric, fuel, paper, food, disposables, plastics, superconductor batteries, etc. This is large scale change of material source. Fossil to farmers!! However, the products appear exactly the same as current market. We need you to stay in agriculture! We CAN become self sufficient!

In a true supply/demand economy this would mean that food prices in the US should plummet. But rather than cut prices in order to sell all of that excess food, they’re probably just going to dispose of it in order to keep domestic prices high. Meanwhile, these farmers, many of them Trump supporters, will be getting tax payer subsidies to offset the loss of business. So not only will our food prices likely not be reduced, but we’ll be paying twice for it since our tax dollars will be going to support the farmers. Couple that with the reduced availability… Read more »

When you support a man who doesn’t understand or care to understand the consequences of his actions then who is paying the price? It’s not affecting him or his administration, you are and the American people, all of them are going to be the ones left to pick up the tab.

It is true that the current trade setup with China was not working. BUT, it is clear that this president and his treasury secretary and advisors are simply not able to competently and effectively handle this complex problem.

If this isn’t the real wake up call Farmers need to not support Trump any longer, I don’t know what is

I do hope that when high quality American soybeans are rotting away in storage bins, some Iowa farmer will take it upon himself to set up some roadblocks of his own from them to remind everyone of what happens when 45 opens his mouth and acts like the whole world just has to go along with it.

US Agricultural grain bins along railroads and canning factories for meats would make sense with 1/5 of the world not having enough food. Properly stored canned foods can last 2-3 years. The USA has a strategic oil reserve and there should be at least one year supply of soybeans and corn, along with small grains for loaves of bread stored for emergencies in the USA and the world hunger programs.

The bankruptcy of America. He is really good at that, consider how many times he has been bankrupt.