Here’s Why a Chicken Can Live Without Its Head

Why a chicken can run around with its head cut off. 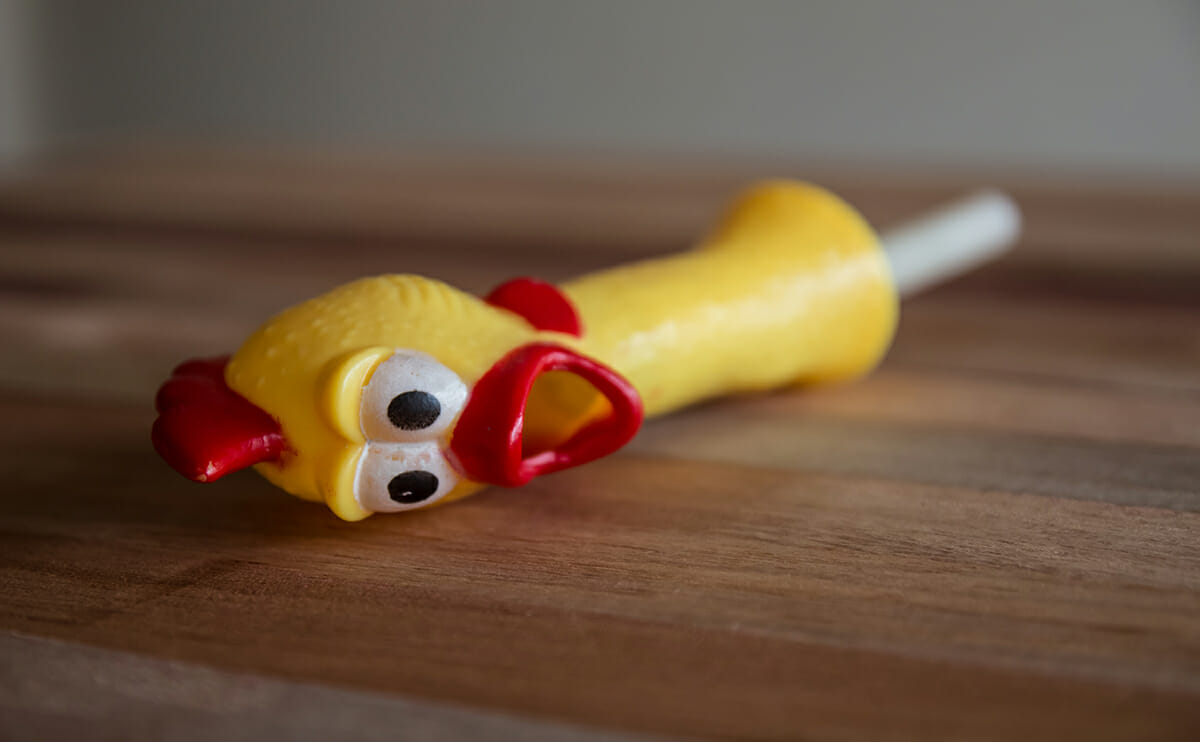 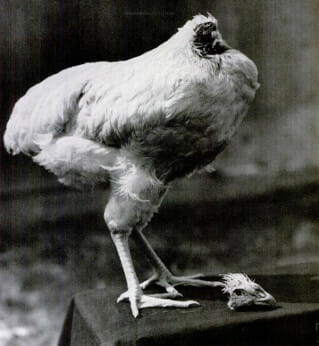 Mike The Headless Chicken lived for 18 months without a noggin after a farmer, in a failed attempt at slaughter, axed off his head and missed the jugular vein. “Miracle Mike” was eye-droppered a milk and water mixture until he met his unexpected death over a year later when he choked on a kernel of corn.

Part of the reason that a chicken can live without its head has to do with its skeletal anatomy, according to Dr. Wayne J. Kuenzel a poultry physiologist and neurobiologist at the University of Arkansas. The skull of a chicken contains two massive openings for the eyes that allow the brain to be shoved upwards into the skull at an angle of around 45 degrees. This means that while some of the brain may be sliced away, a very important part remains.

“But because the brain is at that angle,” says Kuenzel, “you still have the functional part that’s so critical for survival intact.”

Slicing below the eyes is key, he says. Above the eyes removes only the forebrain. If the bird still has a bottom beak, the cerebellum and brain stem are likely still intact, which makes the chicken’s basic motor functions and ability to breathe quite likely. What this means is that, under very specific circumstances, you may end up with a lobotomized chicken on your hands. Alive, but missing quite a few parts of its brain.

The capacity of chickens to live without parts of their brains even inspired a U.K. architect student, André Ford, in 2012 to propose the systematic rearing of brain-dead broilers as a method of maximizing factory-farm production and to curb chicken-suffering. (This plan did not come to fruition).

So: The axe makes contact with the head and the bird squawks and flails about for several visceral seconds before finally biting the dust. But just because your chicken dances upon impact doesn’t necessarily mean that it’s still alive. A truly enduring headless chicken, according to Kuenzel, “is a very rare phenomenon.” In the case of Mike, while the brain was gone, the brain stem remained, which was able to control breathing, heart rate and most reflex actions.

Even with the most humane slice and dice methods out there, the chicken will still writhe around once it loses about half of its blood content. “The minute you separate the brain from the neck, just like in humans, you’re going to get tremendous movement of the limbs,” says Kuenzel. So what is perceived as a seemingly panicked state of the still-living headless chicken could, in fact, be simply the firing of postmortem nerves.

At this stage in the game it’s improbable that the bird is actually feeling any pain since its somatosensory cortex (the part of the brain responsible for sense of touch) is likely severed ”“ if you bleed it out properly and cut in all the right places, the chicken should die in a rapid and humane way. Though to be sure, placing the chicken in a chamber with low atmospheric pressure or calf stunning it is a humane way to slaughter – and without a lot of squirming.

My ex girlfriend has no brain and she’s still alive

So that explains AOC.

At this stage in the game it’s improbable that the bird is actually feeling any pain since its somatosensory cortex (the part of the brain responsible for sense of touch) is likely severed ”“ if you bleed it out properly and cut in all the right places, the chicken should die in a rapid and humane way. Though to be sure, placing the chicken in a chamber with low atmospheric pressure or calf stunning it is a humane way to slaughter – and without a lot of squirming.

what a weird chicken

You can also snap its neck and then cut the head off.

Its not possible if u gonna axe off a chicken head completely u gonna cut d jungular vein too.

Probably cause they wanna research it.

Enjoy reading the latest findings that you publish.

[…] have also been known to survive the decapitation process. The skeletal structure of the chicken’s skull angles the brain so […]