"Hair sheep" have a coat that's more like other animal's hair, so there's no shearing required. They're better suited for brush control and meat. 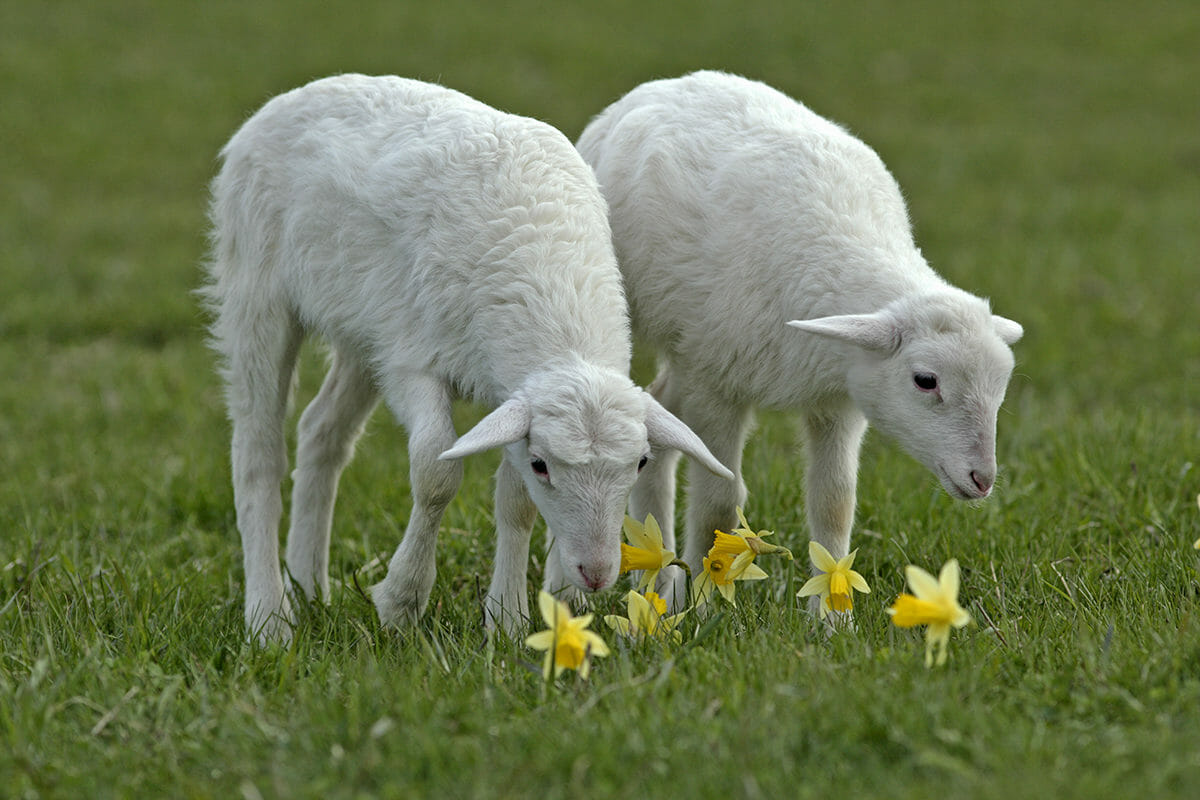 "Hair sheep," as they're called, have a coat that's more like other animal's hair, so it doesn't require shearing. They're better suited for brush control and meat.
Share
Tweet
Pin
Email
902 Shares

Unlike a goat or a horse, or any other livestock for that matter, sheep wool is much like human hair: it never stops growing (here’s what that looks like). While the main detriment for people with beards to their bellies is merely the bemused looks they might catch when walking down the street, an unshorn sheep faces life-threatening health problems. The wool eventually grows over their eyes, inhibits various bodily functions, and becomes a rat’s nest that is prone to infection.

Of course wearing 88 pounds of wool – the unfortunate situation of a sheep named Chris, who was found wandering in the Australian bush in 2015, after having been lost, and thus unshorn, for five years – also puts one at risk of heatstroke. Not to mention how hard it is just to move around.

Many farmers raise sheep specifically for the wool, in which case the labor involved in shearing is built into their bottom line. But for those who want to raise sheep for meat, brush control, or as pets, annual shearing is a major chore, one that usually requires hiring a professional shearer.

Fortunately, there are a few sheep breeds that don’t need shearing, collectively known as “hair sheep.”

The coats of wild sheep, like that of most animals, does not grow continuously. It is shed each spring as the weather warms. Fiber from the outer coats of wild sheep, technically known as hair, is not suitable for spinning into wool, which is why ancient shepherds bred their animals to produce longer and longer undercoat fibers: the wool, which in most modern sheep breeds is prolific and ever-growing. But hair sheep, traditionally kept for meat, have coats akin to wild sheep.

On the whole, hair sheep are known as tough, adaptable breeds that thrive on open ranges with little human intervention. They tend to be more disease-resistant than wool sheep, and the meat is generally considered of superior quality, as are the hides, which may be sold for leather. Hair sheep are increasingly popular in the U.S., especially on small farms, where shearing costs often outweigh the value of the wool.

The Dorper and Katahdin hair breeds, both developed in modern times, are now among the most common sheep in America. There are also a handful of heritage hair breeds still raised in various corners of the world – including some that look more like a wild mountain goat than a domesticated sheep – some of which are available to farmers in the U.S. 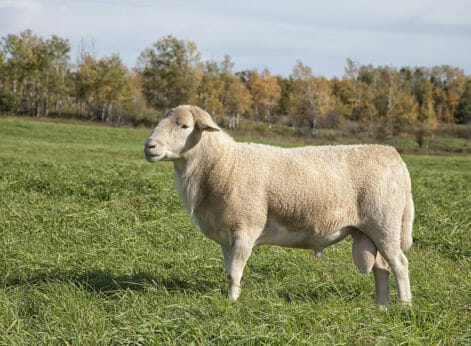 Developed in Maine in the sixties for clearing brush in powerline corridors, Katahdins were bred from traditional West African hair sheep that were crossed with various modern European breeds. They are considered extremely robust, and well-adapted to hot, humid conditions. 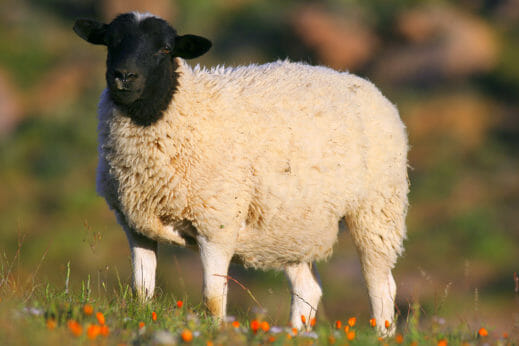 This modern South African breed thrives in arid regions and is known for its extremely large, meaty carcass. Most sheep are able to mate only in fall, but the Dorper mates year-round, making it a popular choice for industrial scale sheep production. 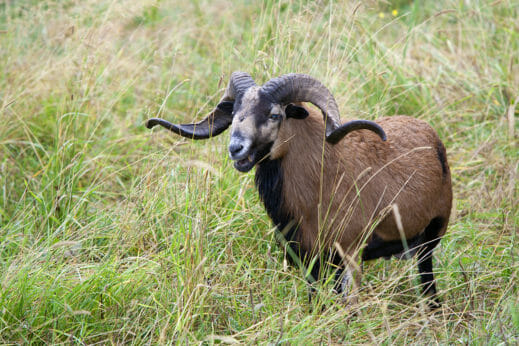 This breed is closely related to the Barbados Blackbelly, a heritage variety that is common in Latin America, but also contains genes of the mouflon, a wild mountain sheep found in the Mediterranean basin. The latter genes are responsible for the dramatic horns found on American Blackbelly rams. 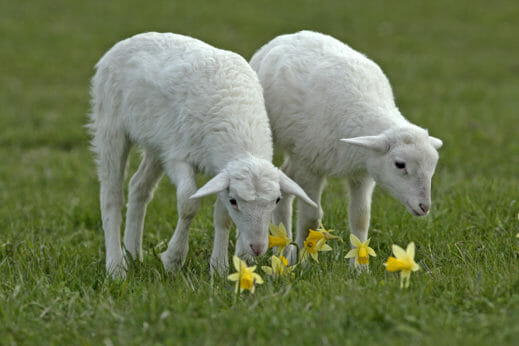 This Caribbean breed originated in the 17th century and is now considered endangered by the Livestock Conservancy. Though it is adapted to heat and humidity, the St. Croix will grow a thick winter coat in cold climates, making it suitable for use throughout North America. 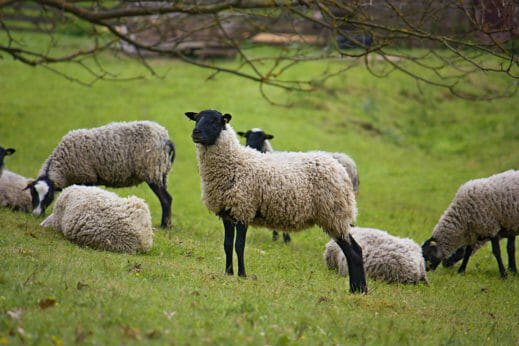 This ancient Russian sheep does grow a coat of wool, though it is naturally shed in the summer. Romanovs are astoundingly prolific breeders. They start mating at just a few months of age, and quadruplets are not uncommon. The world record litter size for sheep is held by a Romanov ewe that bore nine lambs (most sheep have one or two). They are considered a “rat-tailed” sheep, which means they have a scrawny tail that does not need to be docked for hygiene purposes, as is common practice on many breeds. 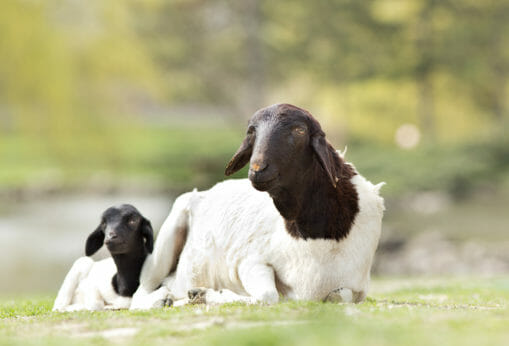 In contrast to rat-tailed sheep like the Romanov are fat-tailed, also known as fat-rumped, sheep, such as this traditional African variety. Despite the name, the Blackhead Persian originated in Somalia and is now also found in Latin America. Fat-tailed sheep were bred specifically to accumulate fat in their rear quarters, which was a source of cooking oil in ancient times. 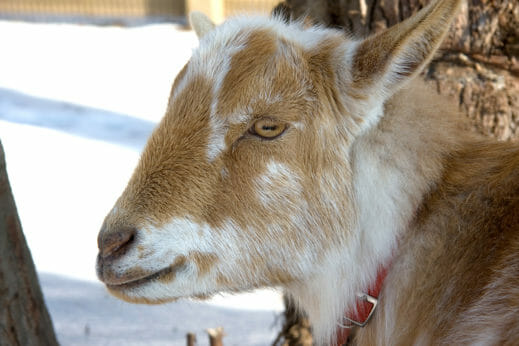 This pint-sized hair breed hails from the tropical forests of west and central Africa, though with its scruffy mane and curved horns it looks more like a mountain goat. Still commonly raised in the region, West African dwarf sheep typically produce just one lamb per years and have an extremely slow growth rate – definitely not a breed suited to industrial production. 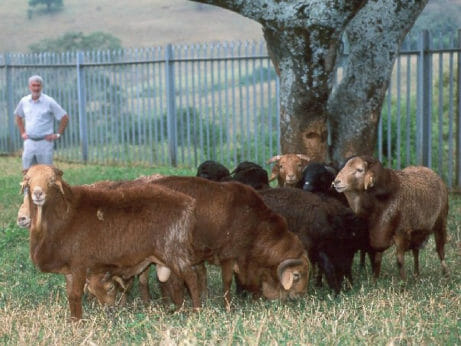 An ancient breed favored by nomadic Maasai tribesmen in eastern Africa, this fat-tailed variety is extremely disease resistant. According to legend it was the first animal kept by the Maasai, though as the tribe abandons its nomadic ways, the breed is increasingly rare.

Soay sheep have wool they shed. They are a hardy small breed originally from Scotland. I have a small flock and they’re awesome!

I live in the country and know people who raise some of these varieties for meat sales and they do pretty well. (One thing your pictures don’t show is that most of the flock looks like it’s suffering from a bad case of mange until all the hair falls off..)

I am just starting a little farm with sheep

Icelandic sheep, like several other primitive fluke-tailed breeds, have a natural wool break if not shorn. Most shear them, however, for their excellent wool.

Can you put 2 sheep with a goat in same pen

Would love to receive info