It must have felt pretty baaaaahd under all that wool. 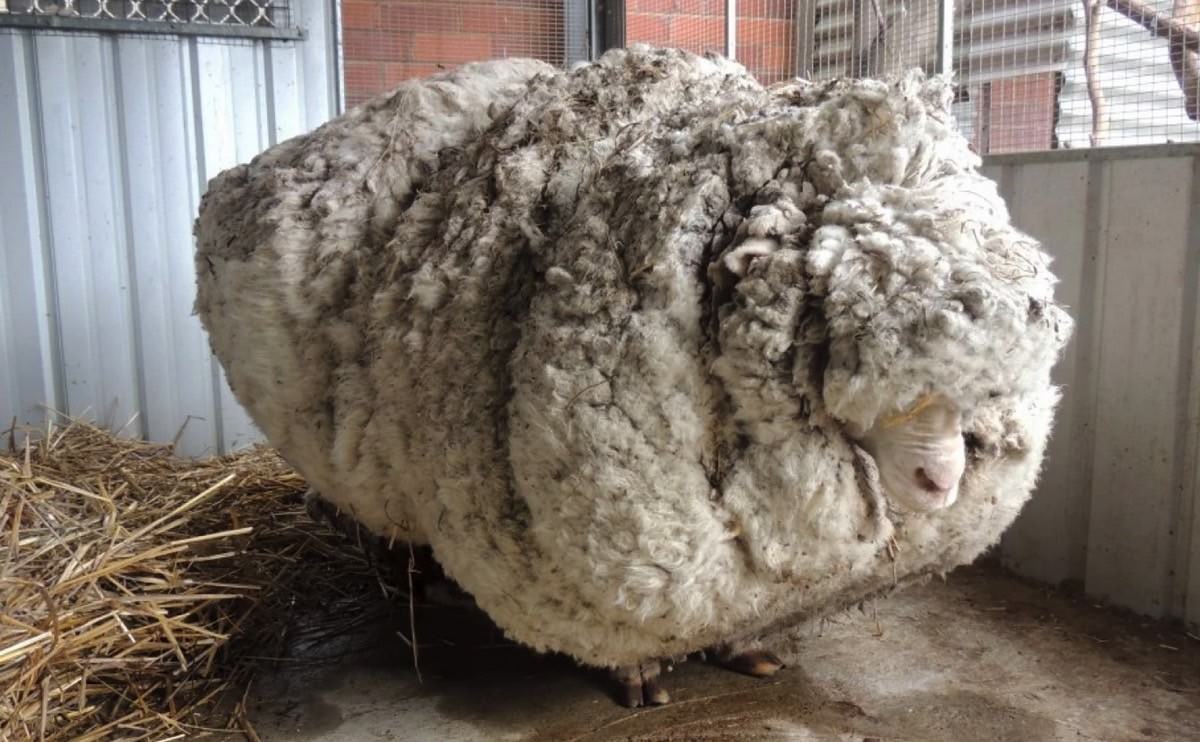 Sheep bred for their wool, including the merino variety (of which this particular sheep is a member), do not stop growing their wool, ever: It’s kind of like fingernails, for humans. Other sheep, including wild sheep like bighorn, will shed their fur seasonally, but domesticated wool sheep have been bred for this continual growth.

That’s convenient (and profitable) for sheep herders, but can actually be dangerous for sheep. In rare cases (like that of Shrek who avoided shearing for six years by hiding in a cave), extremely long wool can cause the sheep heat-management issues, and can, incredibly enough, make it impossible for a sheep that’s fallen onto its back to get up.

In the case of Chris, the sheep was found wandering wild outside Canberra, where it was spotted by the RSPCA, the Australian equivalent of our own ASPCA. After blasting the airwaves on Australian public broadcasting, one of Australia’s most decorated shearers stepped up to the plate and volunteered his services.

Ian Elkins, of New South Wales, is the winner of more than 100 shearing competitions and, according to his website, was named Australia’s Shearer of the Year six times. (Also, according to his website, being Australia’s Shearer of the Year is a real thing.) Elkins traveled out to Canberra and removed the wool, which weighed in at a crazy 88 pounds. Apparently Chris the sheep is under observation for a few days, as there are a few minor health concerns (skin infections, that kind of thing), but he’s doing fine. If you’d like to donate to the RSPCA, you can do so here.