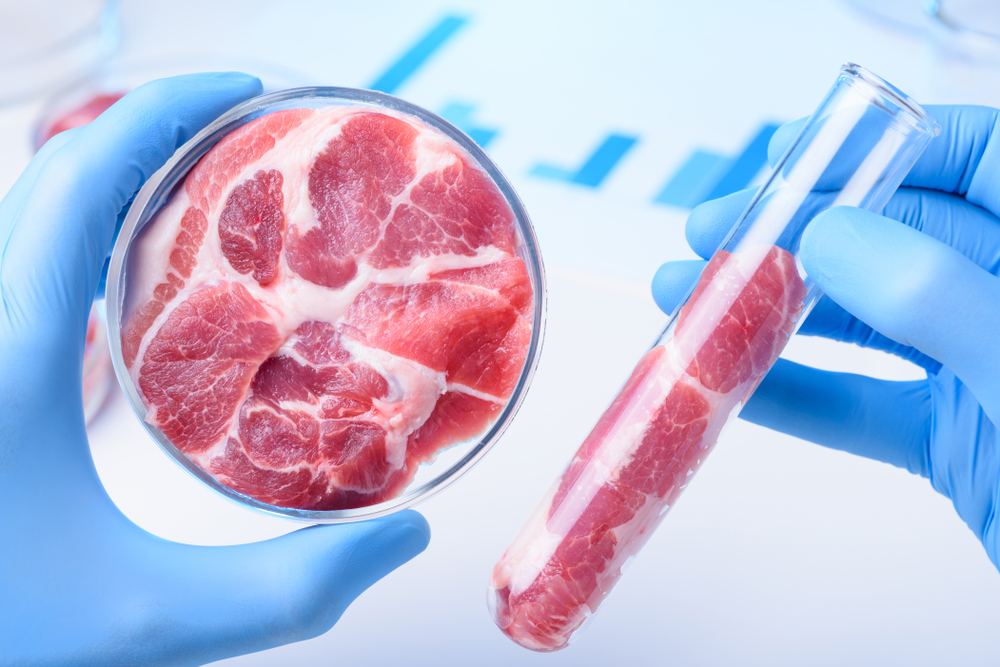 One of the major hurdles in getting lab-grown meat onto store shelves is a basic question: who regulates it? Who inspects it? The USDA and FDA put out a joint release last week answering some of those questions—and leaving some unanswered.

Lab-grown meat is made by cultivating animal cells and putting them onto what’s known as a “scaffolding,” or a structure, so that they can mimic the texture of, well, normal animal meat. Currently, the scaffolding technology is really only in place to produce a texture like ground beef, which is why the first examples of lab-grown meat have mostly been burgers.

The USDA/FDA statement is an agreement between the two entities that the FDA will handle inspection of the early stages of the meat production (like cell collection and growth), while the USDA’s Food Safety and Inspection Service (FSIS) will handle oversight once it’s in its raw form. That means the USDA will be responsible for regulating and inspecting the production of actual products, and labeling.

Labeling is, by far, the most contentious part of this whole debate, and the USDA and FDA did not announce any conclusion on how lab-grown meat will be labeled. Bills across the country have already been proposed, especially in states with a large beef industry, to bar future lab-grown meat products from using the word “meat.” The USDA does have the right to end this fight; states will have to follow whatever the USDA decides. But the USDA has yet to make any decision.

Lab-grown meat has its proponents and opponents. Proponents say lab-grown meat has the potential to completely end livestock suffering, greatly reduce methane emissions, and potentially fight climate change. Opponents say that it’s expensive to produce (true, for now), that it requires a not insignificant amount of energy to produce (true, for now), and that, well, it’s not a section of an animal and therefore shouldn’t be allowed to be called meat (up for debate).

We’ll be following this closely as it develops.

I think we need to look at what we currently produce if we spent the same money with the same financial reward for Real Meat we could make it far more environmentally friendly and farmers payed for producing quality not quantity at cut throat prices. In fact the whole farming system needs revamped

There is no way to measure the long term effects of consuming lab meat besides to just try it out on society and see what happens. I love real meat but I’d go vegan before ingesting this mystery.

I can’t wait!!
I just hope plant based growth serum is used in place of the monstrous FBS. And seeing as how it is meat even on a cellular level it really seems petty, spiteful, and even vindictive to not allow it to be called meat. I mean sure there should be some labelling letting one know the difference but it is still meat.

This is fantastic! I’m all for it no matter what they call it I’ll be buying that as soon as it’s available. No more killing animals, torturing them and abusing them!

Best idea ever! I just hope the “meat industry” doesn’t try to stop it.

I think this is a good idea as animals won’t be killed but as a vegan also it’s strange will this really haopen.

If it tastes excellent and tender with no side effects, I’m game to try this Meat. However it depends on how this will be marketed as cheaper than meat or as a designer Meat sold to only those who can afford it…

I’m an opponent of this GMO Frankenfood but not because I’m 1. alarmed by the price or 2. what name is slapped on it. I’m alarmed because of the INGREDIENTS as they are gmo and harmful for the gut. And I am certain that the animals vegans proclaim to love, will not have a future on this planet because unless they provide some value to someone, they will no longer have a reason for being unless they live on some rich person’s “hobby farm”. This author doesn’t see the big picture.

Related
Food & Drink
‘Consumer Reports:’ The FDA Is Recommending Pregnant Women Eat Potentially Harmful Mercury-Laden...Dan Nosowitz
Food & Drink, Lifestyle
Farmers and Brewers Unite Against FDA to Defend Ancient AllianceSam Brasch
Food & Drink
Dairy Farmer Sues FDA for the Right to Label His Skim Milk...Dan Nosowitz
Food & Drink
Emails Show FDA Chemists Have Been Quietly Finding Glyphosate in FoodDan Nosowitz
wpDiscuz
We use cookies on our website to give you the most relevant experience by remembering your preferences and repeat visits. By clicking “Accept”, you consent to the use of ALL the cookies.
Cookie settings ACCEPT
Privacy & Cookies Policy