Thanks to the President's trade spat with China, agriculture is suddenly front-page news. 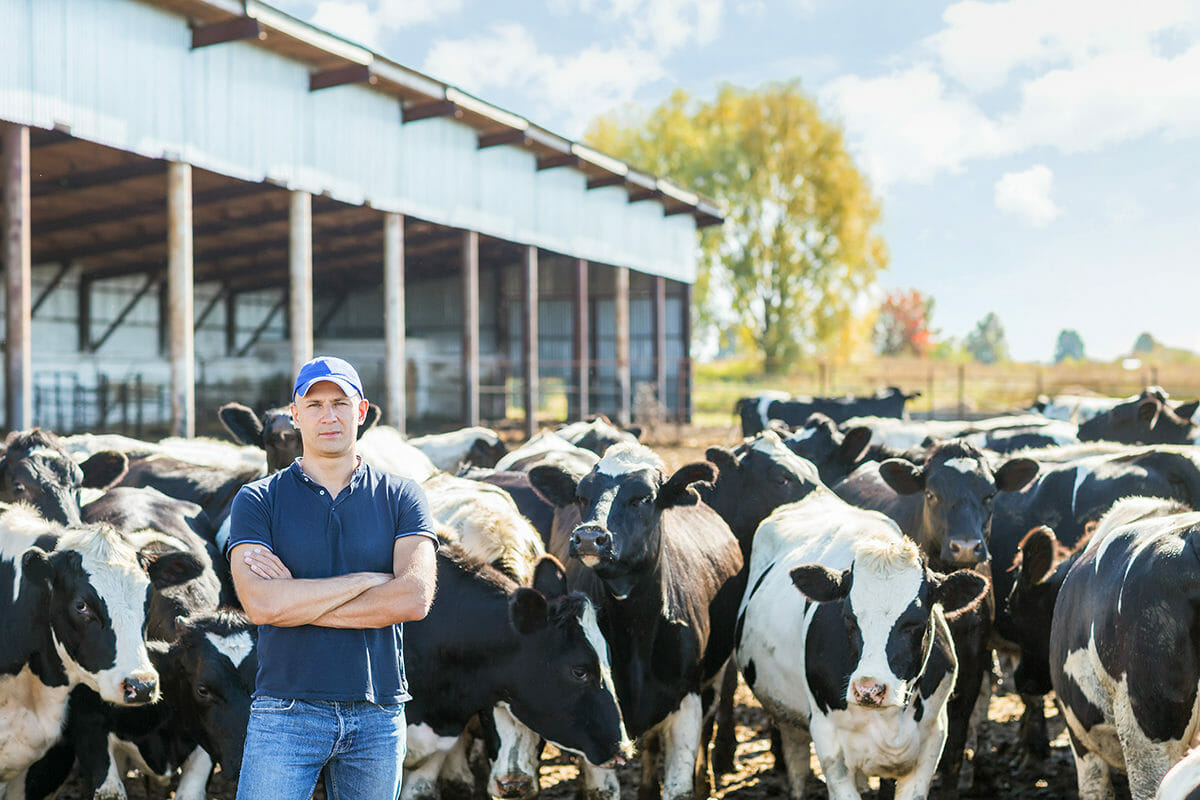 After 2014 legislation designed to help dairy farmers when milk prices are particularly low has failed to function as advertised, farmers want their money back.
Photography By Jenoche / Shutterstock.com
Share
Tweet
Pin
Email

Rarely do farmers find themselves in the headlines of mainstream media. The past couple weeks have been a notable exception, as a brewing trade war with China threatens to put huge numbers of them out of business. Will farmers soon show up at the White House with their pitchforks raised?

The vast majority of farmers voted for Donald Trump, but his threats to “rip up” trade agreements have always made them a little uneasy. That’s because American agriculture is heavily reliant on exports to stay afloat – we produce far more food than we can ever consume – especially corn, soy, and wheat. China is a major buyer, but in response to Trump’s proposed tariffs on steel and other goods, the folks in Beijing have threatened a 25 percent tariff on imports of certain American agricultural products, which means Chinese companies will start buying from other countries where the prices are cheaper.

Many American farmers are also reliant on exporting their goods to Canada and Mexico, which NAFTA has helped facilitate for the last quarter century. Now that NAFTA is being renegotiated, there’s a chance that those markets could be cut off; negotiations are expected to conclude this spring.

Trump’s trade stance has largely been viewed as a way to secure the allegiance of working class Americans who’ve lost jobs in the manufacturing sector as a result of “free” trade – trade unimpeded by restrictive tariffs, that is – which sent many of those jobs to places like Mexico and China. But Trump also managed to win the allegiance of farmers, whose loyalty he’s now testing.

Farmers and farm advocacy groups have launched an all-out campaign to get the President’s attention. One group even took out ads on Fox and Friends, reportedly Trump’s favorite show, in an effort to get the message across. So far he’s made little effort to show that he’s listening.

But Republicans running for Congress in rural districts are definitely listening: they will have to make a major show of support for farmers on the trade issue to stand a chance in the November elections. That means crossing the President on one of his core campaign promises, which puts them in a bind. If they play their cards the wrong way, the Democrats stand a much-improved chance of taking back the majority in Congress this fall. If that happens, there’s a reasonable chance Trump will be impeached – and we’ll have farmers to thank.

Here are a few other recent food and farming stories that haven’t been making front-page news.

Dairy Farmers Want Their Money Back

Milk prices have been so low of late that many dairy farmers are on the verge of going out of business (the trade wars aren’t helping). 2014 legislation that was supposed to help tide dairy farmers over during downward swings in the market didn’t work out as advertised, so now Senator Kirsten Gillibrand (D-NY) has introduced a bill to undo it.

The original legislation was designed like an insurance policy: dairy farmers paid into a fund each month and if prices dropped low enough to threaten their livelihood, they were supposed to get monthly payments to keep them afloat until prices picked back up. But due to various loopholes and technicalities – you might call it mismanagement, or perhaps corruption, depending on your point of view – very little of the money collected has been paid out, at a time when it is desperately needed

Gillibrand’s Dairy Premium Refund Act essentially calls it a do-over and gives everyone their money back.

Times are so tough for dairy farmers that one corporate dairy buyer recently included the number for a suicide hotline along with its monthly milk checks (the checks were that small). Many other farmers are also facing severe financial difficulties on par with the 1980s farm crisis, when quite a few killed themselves in hopes that their life insurance payout would help their families avert foreclosure.

There’s increasing evidence that devastating levels of financial stress are virtually endemic to agriculture: a CDC report came out a couple years showing that farmers have by far the highest suicide rate of any occupation. Because of this horrific reality, the architects of the 2014 Farm Bill included plans to establish a Farm and Ranch Stress Assistance Network – essentially a nationwide program to provide mental health services to farmers. But funding was never allocated for the program.

Recently introduced legislation known as the STRESS (Stemming the Tide of Rural Economic Stress and Suicide) Act aims to revive the idea and ensure it get the funding needed to get off the ground.

In other food/trade news, The Times recently reported that U.S. NAFTA negotiators seem to have caved to food industry lobbyists who do not want labels on food products that are known to be unhealthy. In response to the obesity epidemic, a number of countries have begun requiring food manufacturers to place health warnings on many sugary, fatty, and processed products. The movement has been especially potent in Chile, and other Latin American countries are now following suit.

Anti-junk food advocates in Mexico apparently have made junk food labelling a sticking point in NAFTA negotiations with the U.S. and Canada, arguing that the finalized agreement include language to require warnings on certain foods traded in North America. According to The Times’ investigation, U.S. negotiators are pushing back hard on the idea. It certainly would be out of alignment with the eating habits of President Trump, a well-known junk food aficionado.

Meateaters in Indiana, Kentucky, and Ohio are being urged to check their freezer. 14,000 pounds of J.T.M. brand shredded beef was recalled last week after some customers found themselves chewing on bits of rubber. No word yet on how the rubber got in there, but if you live in one of those states and have recently purchased low-quality shredded beef, here’s the label info for the affected product: “Bar-B-Q Sauce with Pulled Beef – textured vegetable protein added.”

This is pure speculation, but one wonders how many people are just eating the rubber without realizing it. Does the product really taste any different?