5 Winners and 5 Losers of the Just-Passed Farm Bill

If there is one word to describe the nearly 1000-page bill worth nearly a trillion dollars, it's compromise. No one is entirely happy with the results, but just about everybody is happy to have results. 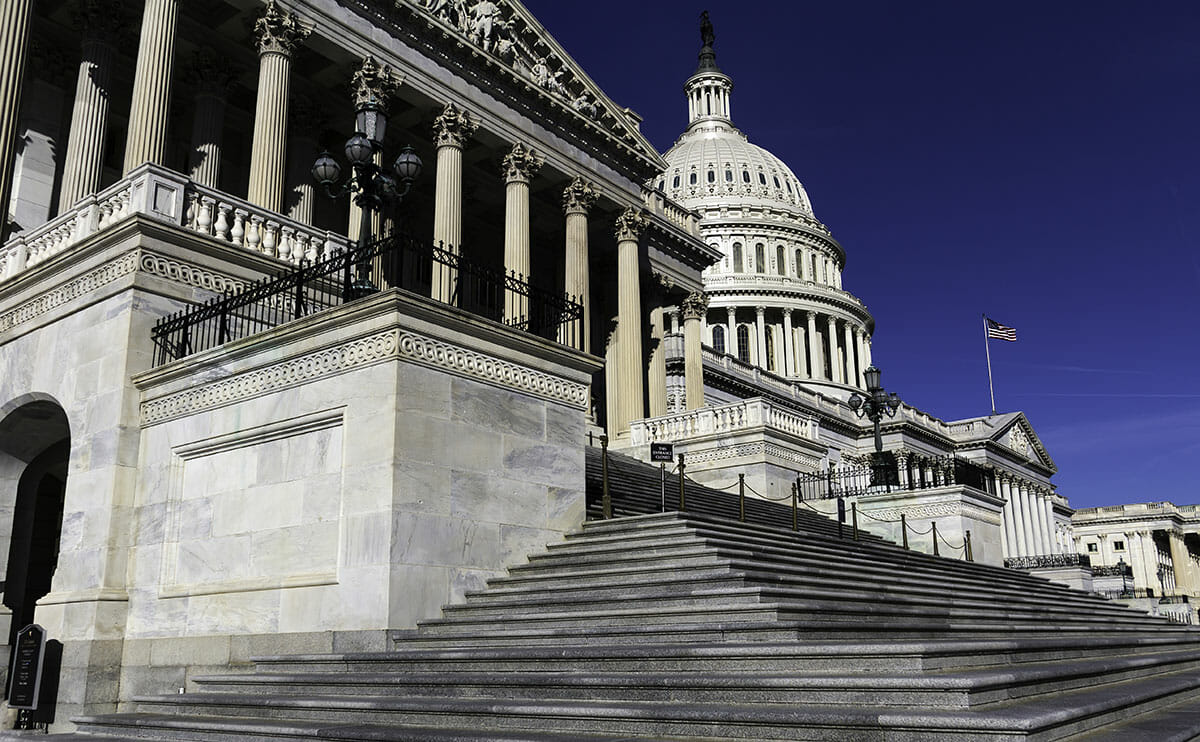 The Washington Post has the most accessible breakdown of the long-contested bill. In short summary, about 80 percent of the bill, worth nearly a trillion dollars, will go to nutrition benefit programs like Supplemental Nutrition Assistance Program, better known as food stamps. The smaller pieces of the pie will be portioned between crop insurance, commodity programs and conservation programs.

If there is one word to describe the nearly 1000-page bill, it’s compromise. No one is entirely happy with the results, but just about everybody is happy to have results.

The new farm bill should broaden the base of people who can browse the stalls at the farmers market and make life easier for the people managing them, says Daneil Z. Brito, Senior Washington Representative for the Union of Concerned Scientists (UCS). That’s because the new bill offers a number of new or improved provisions to boost local and regional food systems.

For instance, people who receive benefits from the SNAP will have a number of new ways to redeem those benefits at farmers markets and through community supported agriculture systems (CSAs). On the producer side, local farmers will have new access to marketing programs and the chance to apply for grants aimed at making local food more profitable and sustainable.

Tucked inside the massive farm bill is a new federal lenience on hemp — marijuana’s sober stepsister. Don’t expect a booming hemp market to suddenly bloom, but it will allow colleges in states that allow hemp to set up new pilot programs to develop industrial applications for the plant. “This is an important victory for Kentucky’s farmers, and I was pleased to be able to secure this language on behalf of our state,” said Senate Minority Leader Mitch McConnel in a statement on Tuesday.

Beside Kentucky, states that allow research around the once-taboo plant include Colorado, Oregon, California, and 11 others.

In the final days before the farm bill left committee for the House floor, representatives slashed the so-called “King Amendment,” marking a major victory for animal welfare groups across the country.

In essence, the King Amendment would have banned states from regulating the agricultural means of production, thus invalidating laws like California’s Proposition 2, which requires all livestock in confinement to be able to move freely.

The farm bill struggle marked a debate between industry groups as much as a tug-of-war between Republicans and Democrats. Lobbyists representing the catfish and soy bean industries should be returning to K Street particularly happy.

In the weeks before today’s vote, an obscure USDA catfish inspection program held up the bill. While the FDA already inspects catfish, as they inspect all fish, the USDA is developing a new, more rigorous catfish inspection program for domestic and foreign fish. Congress complained the program was duplicitous while foreign countries — particularly Vietnam — complained it gave an unfair advantage to domestic aquaculture. Nevertheless, the program was untouched in the final version of the bill.

The American Soybean Association applauded the farm bill in a statement following the vote most notably for its “flexible farm safety net.” I know, you are yawning, but keep reading to see how shifts to risk management are by far the most significant change in the new bill.

Arguably the biggest change in the farm bill is a shift from commodity programs making direct payments to farmers to more robust crop insurance programs. The former promised farmers a minimum price for the crops, regardless of how much they planted or what those crops were worth in the free-market. Republicans hated the program because it gave the finger to the invisible hand of the market; Democrats hated it because the money often went to farmers growing unhealthy crops.

Many of the savings from those commodity programs have been transferred to programs that would help farmers meet their deductibles on crop insurance, protecting them from poor yields, high costs and low prices. But since rich farmers are still eligible for those programs, some see the embrace of insurance as a new way for the government to subsidize industrial agriculture. “Direct payments have been repealed in name, but it’s really just a scaling down of the same system,” says Brito for the UCS.

The new farm bill cuts SNAP, better known as food stamps, by $8 billion over the next 10 years, but this cut was met with a sigh of relief for many proponents of the program. An earlier version of the bill, sponsored by Republican Eric Cantor of Virginia, would have cut five times that amount from the program over the same time span.

The ways the bill makes those cuts is a little more tricky. For instance, the bill tweaks the rules of a federal heating assistance program that states had been using to boost food stamp legibility. Also, undocumented immigrants, college students and lottery winners would no longer have access.

The new farm bill ends what House Leader John Bohner called a “Soviet-style” practice of setting minimum prices for dairy products. In place of that program is a more robust insurance program that subsidizes insurance premiums for milk producers, especially for small-scale operations with fewer than 200 cows.

The industry group National Milk Producers Federation saw the change as a fair compromise. “Despite its limitations, we believe the revised program will help address the volatility in farmers’ milk prices, as well as feed costs, and provide appropriate signals to help address supply and demand,” said CEO Jim Mulhern in a statement this week.

Objections to the USDA’s new country-of-origin labling (COOL) system were raised in the weeks preceding the passage of the farm bill, but fell on largely deaf ears. The labels on meat packing will now give consumers a brief story on the raw meat at the grocery counter. Check them out on your next trip to the store.

Six of the most powerful meat and poultry groups wrote a letter calling the regulations very uncool because they could force retaliation from Canada and Mexico, who see the labels as offering an unfair advantage to American meat producers. Nevertheless, the bill passed without changes.

Not everyone agrees that the $4 billion cut from conservation programs, which promote soil conservation and encourage minimal techniques like drip irrigation, is an overall loss for the environment. Even though the new bill narrows the scope of or canceled some programs, it has also offered new ones to encourage farmers and ranchers to help protect the nation’s soil and water.

Ever gone for a bowl of cereal only to find out you’ve run out of milk? That’s kind of what it was like to wait for the an updated farm bill: Returning the fridge every day only to remember that you’re still out of milk and about to eat some dry cereal. We at Modern Farmer are glad the waiting is finally over.