This Little (Lab-Grown) Piggy Went to Market: Clean-Meat Interest Is on the Rise

A $300 million clean-tech trade deal between China and Israel may help get lab-grown meat to market sooner. 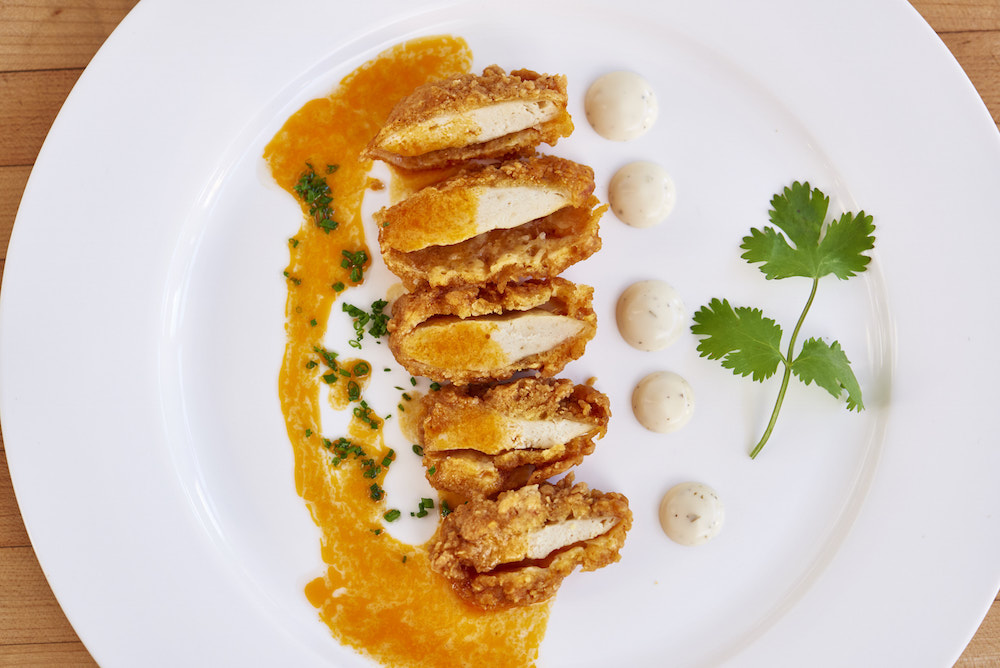 Lab-grown meat goes by many names – clean meat, cultured protein, animal-free meat, and so on – and all the various producers, of which there are eight around the world, use the same basic premise. At its most elementary, the process involves taking stem cells from a living animal, say, a chicken, then feeding those cells various nutrients until enough tissue is produced for the desired outcome: a burger, fried chicken, or duck a l’orange.

According to boosters of this technology, there are fewer environmental problems with clean meat than the traditional method of raising and slaughtering animals. Producing meat without actually growing and feeding an animal requires fewer resources – a tenth of the land and water, and less than half of the energy conventional meat needs, according to Uma Valeti, the CEO of Memphis Meats, whom Modern Farmer interviewed earlier this year.

This seems to be China’s main reason for their interest. The Chinese government has been steadily trying to reduce greenhouse gas emissions, especially in the face of a growing middle class that’s consuming more meat. According to the United Nations’ Food and Agriculture Organization, about 14.5 percent of all greenhouse gasses comes from the livestock sector. Among China’s efforts was a recent move to implement more sustainable agricultural practices, like organic growing methods.

“The Chinese market for meat is still growing while fighting climate change, pollution and food safety issues are high on the agenda of the Chinese leadership,” Peter Verstrate, CEO of the Dutch company Mosa Meat, told Modern Farmer. “There’s no better way to combine the two than by developing and scaling clean meat.”

Mosa Meat was born in the lab of Mark Post of Maastricht University in the Netherlands, where the first clean hamburger (their nomenclature of choice? “tissue-cultured” meat) debuted in 2013. Verstrate’s company wouldn’t see any direct advantages from the China-Israel deal nonetheless sees it as a positive. The Chinese investment in clean tech, including clean meat, is “even more validation of the fact that this is a field worth exploring and developing,” he says.

The biggest winners from the deal will likely be the three Israeli clean meat companies, SuperMeat, Meat the Future, and Future Meat Technologies, since it would allow them to break into the potentially lucrative Chinese market. Shir Friedman, co-founder and CCO of SuperMeat says the company’s “very excited to see the global and mutual interest in clean technology.”

Bruce Friedrich, head of the The Good Food Institute, a Washington D.C.-based nonprofit that lobbies on behalf of the alternative meat industry, calls China’s interest in clean meat “a colossal market opportunity,” for everyone involved in the burgeoning field. “This could put [lab-grown] meat onto the radar of Chinese officials who have the capacity to steer billions of dollars into this technology,” Friedrich recently told Quartz.

China isn’t alone in their interest in clean meat. Billionaires Bill Gates and Richard Branson, and the agricultural giant Cargill, have all this year invested in the Bay Area startup Memphis Meats as part of their $17 million Series A funding round. “Something similar might happen in Europe too,” says Verstrate.

All these clean meat startups, which are mostly based in Silicon Valley and Israel, are vying to be the first to get their products to market, whether it be beef, chicken, pork, or duck. (Some, like Memphis Meats, have done prototypes, but there’s not yet a product you can buy at your local grocery store.) The problem is how to scale in a way that gets lab-grown meat to a reasonable price point, and production costs are coming down quickly. Back in 2013, it cost a whopping $330,000 to produce the first patty-sized hunk of lab-grown beef. At the time, Post said he believed lab-grown meat wouldn’t be in grocery stores for another 10 to 20 years. But now, the price of producing that size burger is already down to $11.36. Quite a difference.

“The biggest impediment in moving clean meat forward is mass production and scale,” says SuperMeat’s Friedman, whose company hopes to reach the market in about five years.

Four to five years seems to be the general goal to get lab-meat on retail shelves, although Mosa Meat is aiming for a “small, scale and premium market introduction” in two to three years, according to Verstrate. From there they would “continue to improve and scale the product” and be ready for a full rollout “a few years” later.