Modern Farmer’s Brief Guide to the Apocalypse: A Self-Sufficiency Checklist for Beginners

Going back to the land takes on a new meaning. 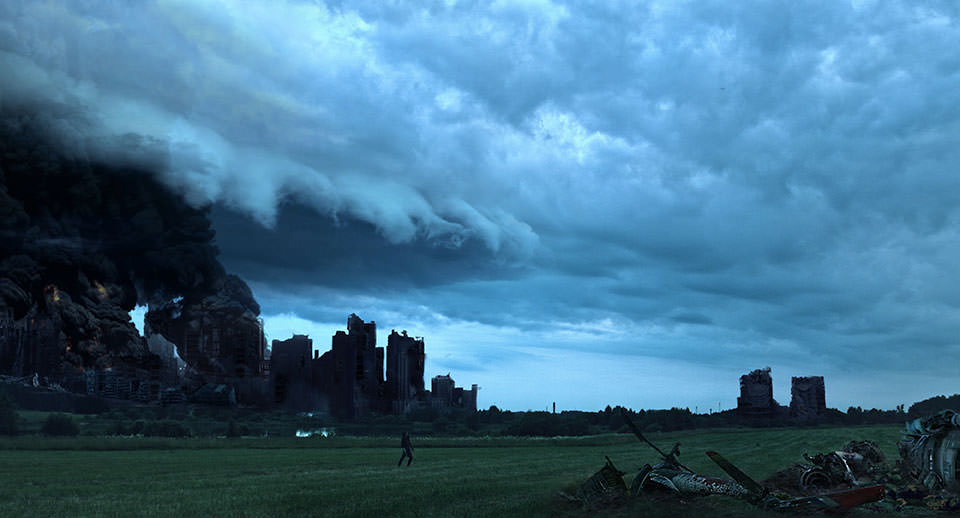 It's hard to find a stock image to illustrate the apocalypse, but this looks dark and ominous enough to work.
Photography Sergey Shubin / shutterstock
Share
Tweet
Pin
Email
1K Shares

The only other time we’ve been so close to the apocalypse was during the onset of the US-Soviet nuclear arms race in 1953.

It didn’t help that in January, the Bulletin of the Atomic Scientists, an organization that has kept a “doomsday clock” ever since the US dropped nuclear bombs on Japan in 1945, moved the hands to two and a half minutes to “midnight” – the hypothetical end of the world. The only other time we’ve been so close to the apocalypse, at least according to this esteemed group of academics, policymakers, and scientists, was during the onset of the US-Soviet nuclear arms race in 1953.

Imagine: empty shelves at the grocery store, no fuel left at the gas station, nothing happens when you flip the light switch at home or turn on the tap. What would you do? How long could you survive?

Some folks have been readying for the end of the world for quite some time now. So-called “preppers,” a subculture of conservative/libertarian-leaning doomsday survivalists, have seen a dramatic rise in new adherents over the last decade. Stockpiling guns and ammo, building bomb-proof bunkers, raising chickens and foraging for native berries are all part of the prepper repertoire. YouTube is awash in prepper instructional videos – you can learn how to cook a pigeon over a fire or make a crossbow out of a rubber bands for when SHTF (that’s prepper-speak for ‘when the shit hits the fan’ – hardcore preppers consider this not a possibility, but an inevitability).

As spoof-worthy as the prepper movement may seem to the average American, planning for doomsday is no longer a hobby solely of some fanatical fringe. As the New Yorker recently reported, America’s ultra-rich have been quietly preparing for the apocalypse over the last few years. Somewhere north of Wichita, Kan., an opportunistic real estate developer has repurposed an underground missile silo into bomb-proof luxury condos (of which the New Yorker author was given a tour).

For $3 million you get 1800 square feet of well-appointed living space at Survival Condo, with 2.5 foot-thick concrete walls, and access to shared amenities including a pool, dog park, rock climbing wall, and a medical facility. “Military-grade” security is provided, and a five-year supply of food and water is guaranteed. An organic aquaponics system provides fresh food and fish. “Windows” are actually LED screens with bucolic views of the prairie above. Due to popular demand, several other Survival Condo projects are in the works around the country.

If the economic elite are that worried, maybe the rest of us should at least stock up on canned food and bottled water?

Here at Modern Farmer, we think learning to forage and produce homegrown food is a wise move, whether to survive the apocalypse or just because it’s a healthy, fun, environmentally friendly thing to do. A completely self-sufficient pantry is extraordinarily difficult to achieve, so here is a brief checklist – and a bit of a reality check – to get you off on the right foot.

Without water, there is no life. It’s not hard to stockpile enough bottled water to keep you from going thirsty for a while, but in order to bathe, wash dishes, and water vegetables, you need to look to the sky. Here’s a handy formula you might want to memorize: for every inch of rain that falls on a 1000 square foot roof (the size of a small house), about 620 gallons flows down the gutters. A large vegetable garden easily requires that amount of irrigation each week during the heat of summer. So consider invensting in a few large water tanks while you can.

If the thought of all that killing is too much to handle, you could always resort to raising crickets for protein.

If the municipal water supply goes out, your toilet won’t be good for much besides sitting on. Even if it is working, you won’t want to flush down all that valuable fertilizer – no self-respecting prepper would let all those nutrients go to waste! Collecting “humanure” isn’t hard – options range from five-gallon buckets outfitted with snap-on toilet seats ($15.95 at Wal-Mart) to state-of-the-art odorless composting toilets ($1,845 at Home Depot). Composted human waste can harbor parasites, so use your humanure only around fruit trees, berry bushes, vines, and other plantings where the edible parts are well above ground level.

Tiny planters of basil, lettuce, and tomatoes won’t keep you alive long. Think about what you actually eat each week. The best time to plant a fruit tree is five years ago, because that’s how long they take to bear. Nut trees take even longer. Grains and legumes are essential sources of calories, but take ample space to produce, along with the tools and know-how to hull, thresh, and winnow the harvest (see the Modern Farmer guide to growing grains for an intro). How about sweetener? You might want to study up on beekeeping (we have guide for that, too). Salt? If you don’t live near the ocean, you’re out of luck – better stock up now.

Get Comfortable with Guts

We can live without meat, but in a survivalist scenario, cultivating acres of lentils, corn and barley to feed your family may prove more challenging than raising chickens and other small livestock to ensure a steady supply of high protein, calorie-rich food. But getting a chicken from the coop to the dinner plate requires a skill set and tools that most Americans lack. Consider investing in a killing cone, feather plucker, and evisceration knife, for starters (Amazon sells a basic poultry processing kit for $50). Of course, you’ll also need to summon the gumption to do the job. So if the thought of all that killing is too much to handle, you could always resort to raising crickets for protein (these smart folks in California are already doing just that).

It’s not enough to just produce the food you need, true self-sufficiency means preserving the harvest to tide you over during lean times. And that means more than knowing how to pickle, can, and dry using modern kitchen appliances – unless you have solar panels or generators and a lot diesel, that won’t be an option.

Fortunately, we’ve got you covered. Our solar dehydrator plans equip you to preserve all your excess fruits and vegetables for winter (with proper sanitation precautions, you can even use a solar dehydrator to dry meat in a pinch). Our guide to air-drying herbs – nothing but twine, paper bags, and window screen required – shows you how to keep your pantry stocked with flavor. Our guide to water bath canning describes a simple stovetop technique for preserving fresh fruit – but if push comes to shove, you can do it over an open fire.

Popular
7 Smokable Plants You Can Grow That Aren’t MarijuanaBrian Barth
How to (Actually) Get Rid of Fruit FliesEmily Baron Cadloff
Yes, the Government Really Does Stash Billions of Pounds of Cheese in...Emily Baron Cadloff
What to Do With an Abundance of PeppersShelby Vittek
6 Differences Between Llamas and AlpacasAndrew Amelinckx
Explore Modern Farmer
Related
Food & Drink
‘Tis the Season For GleaningCrystal Sands
Plants
This Seed Detective Travels the World Tracking Down Lost CropsEmily Baron Cadloff
Books, Cookbooks
In Her New Book, Molly Yeh Goes Back to BasicsEmily Baron Cadloff
MTMF
Meet the Modern Farmer Helping Immigrant Farmers Sell Their ProduceBridget Shirvell
wpDiscuz
We use cookies on our website to give you the most relevant experience by remembering your preferences and repeat visits. By clicking “Accept”, you consent to the use of ALL the cookies.
Cookie settings ACCEPT
Privacy & Cookies Policy