A New, “Highly Aggressive” Bird Flu Has Been Found in Germany

A new bird flu has been found in Germany, adding to fears of the spreading of new strains of the disease that has already led to the culling of millions of poultry in Europe. 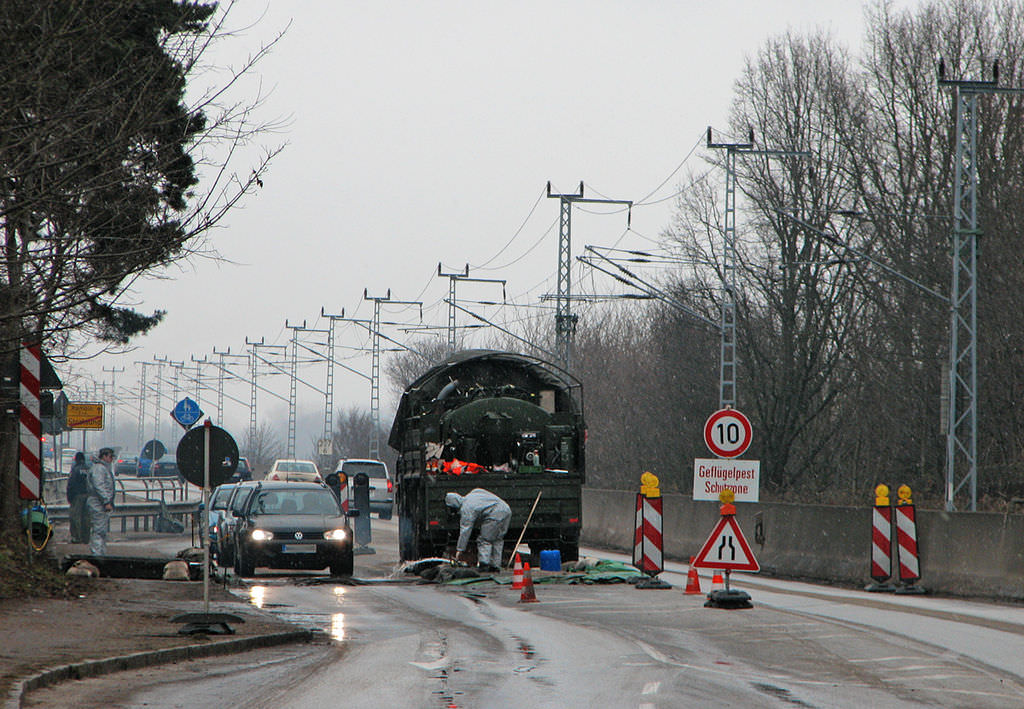 The Friedrich Loeffler Institute, Germany’s national institute for animal health, discovered H5N5 on Jan. 21 at four different locations, all owned by the same company, in Steinburg, in the state of Schleswig-Holstein. First, a farmer found a number of dead turkeys at a site housing 3,400 birds. The virus then spread to a larger facility housing 15,000 birds, according to the news agency Kieler Nachrichten. The birds were culled in an attempt to stop the virus virus, but on Thursday, the Schleswig-Holstein Agriculture Minister Robert Habeck stated that two more nearby farms with another 15,000 birds had been infected and would also have to be culled. Preventive measures, including closing down the sites, have been put in place to contain the virus, according to Habek.

Habek described the new subtype, which has never been found in European poultry, as “highly aggressive,” noting that it killed more than half of the flock of 3,400 birds where it was first discovered within 48 hours with the rest of the turkeys having shown disease symptoms. H5N5 had already been found in wild geese in Germany and in wild birds in the Netherlands, Italy, Montenegro, Italy, Croatia and Israel.

“This discovery shows how dynamic the bird flu is. The virus is still present and is changing,” Habeck told Deutsche Welle.

There hasn’t been a known case of H5N5 being contracted by humans, according to the Friedrich Loeffler Institute. In China, a different subtype of the virus, H7N9, has jumped to humans, sickening more than 1,000 people, and killing nearly 40 percent of those who contracted the illness.

Since October, poultry flocks in 23 European countries have been hit by a different subtype of avian influenza, H5N8, which led to the culling of more than 1.5 million poultry so far, according to Reuters.