The rise in reported cases of human bird flu in China and a number of strains in the world's poultry population has experts worried. 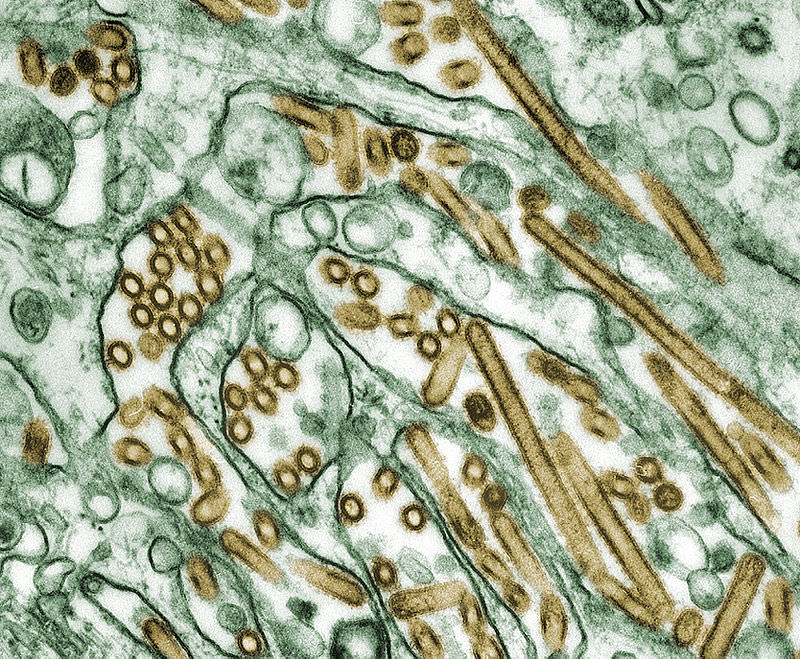 This past Thursday, the Chinese state news agency Xinhua reported that a 67-year-old patient in Hengyang city was the latest person to contract the sometimes deadly H7N9 subtype. The man, who is in critical condition, is the 17th person in Hunan Province alone to have fallen ill with this flu this year. Five of the victims have died. Two days earlier, on Tuesday, Chinese media reported a 37-year-old woman had also been sickened and was also in critical condition. Both victims had been in contact with poultry before falling ill. No human-to-human transmission has been reported.

Since the first three cases of this type of human bird flu were reported in China in April 2013, more than 1,000 cases have been documented with a death rate of about 38.5 percent. There have also been periodic outbreaks of H5N1 of H9N2 bird flu subtypes in humans over the years, but in lower numbers than H7N9.

At the same time, two highly pathogenic bird flu subtypes, H5N8 in Europe and Africa, and H5N6 in Asia, have led to the culling of millions of poultry (more than 22 million in South Korea alone). This past week a third subtype, H5N5, was found on several turkey farms in Germany. These subtypes have not been found in humans.

Michael Osterholm, an infectious disease specialist at the University of Minnesota, told Reuters on Thursday that what we are seeing is “a fundamental change in the natural history of influenza viruses.”

With a large number of different subtypes of the disease infecting birds, both wild and domesticated, across the globe, there is a worry that it’s only a matter of time before another strain makes the jump to humans. The WHO, amidst concern of a possible pandemic in the human population, has called on all countries to closely monitor any avian flu outbreaks in birds and to report any human cases as soon as possible.

“The rapidly expanding geographical distribution of these outbreaks and the number of virus strains currently co-circulating have put WHO on high alert,” WHO director-general Dr. Margaret Chan said last week at the start of the U.N. agency’s 10-day executive board.

Dr. Caroline Brown, program manager for flu and other respiratory pathogens for the WHO’s Regional Office for Europe, said in a statement that although there haven’t been any cases of human H5N8 so far, “this does not mean this cannot happen, as experience tells us.”