Worm Grunting: The Age-Old Tradition of Charming Worms out of the Ground - Modern Farmer
Animals, Plants

Worm Grunting: The Age-Old Tradition of Charming Worms out of the Ground

A strip of metal and a wooden stake offers an obscure but effective way of gathering earthworms for fishing bait. 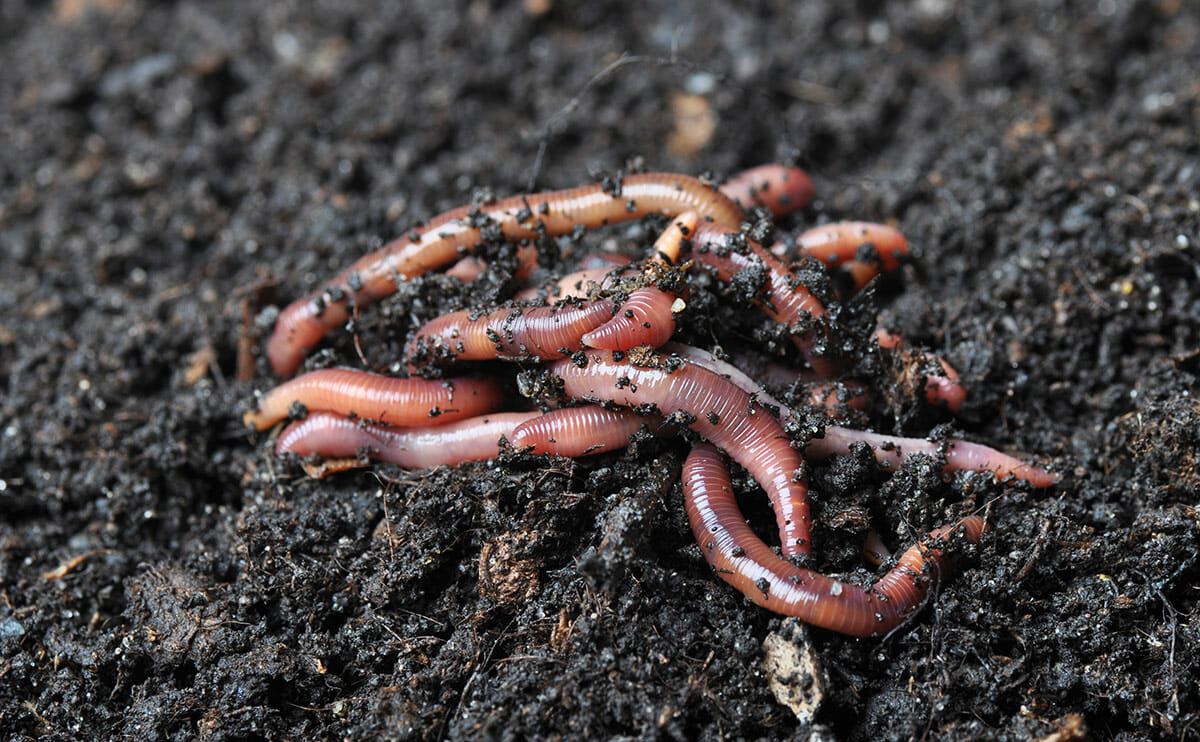 The sound that Gary Revell makes is otherworldly. Somewhere between a rusted door creaking open and a bullfrog with a sore throat. The simple materials he uses to create the sound – a strip of metal rubbing up against a wooden rod pounded into the earth – make it all the weirder, but that’s nothing compared to its effects on the environment around it. Like magic, the noise drives hundreds of earthworms out of the ground as if reporting for duty.

Revell is worm grunting, an obscure but effective way of gathering earthworms for fishing bait that inhabitants of his town Sopchoppy, on the Florida panhandle, have been practicing for generations. Also known as worm charming, worm fiddling, worm calling, worm snoring, and any number of other regional variations, the act of rubbing wood and metal together to create vibrations in the soil has proven to be one of the best ways for gathering the hearty, meaty Diplocardia mississippiensis earthworms that this corner of the Apalachicola National Forest is known for. In a typical morning, Revell can gather 3,000 to 4,000 worms with his wife, Audrey, which they sell in buckets of 50 for $35.

There is, of course, science to back up this folk method. Much like snakes are charmed by the motion of the instrument instead of its sound, the worms are responding to vibrations rather than the eerie noise. In 2008, researcher Ken Catania from Vanderbilt University accompanied Revell and his wife on a grunting expedition and measured the vibrations created by the thin metal iron rubbing against the two-and-a-half foot wooden “staub.”

He found that the most talented worm grunters, like Revell, were the ones that most perfectly mimicked the vibrations made by moles, a natural earthworm predator. The worms head to the surface for self-protection. Unfortunately, they’re fleeing right into the eager hands of the people who sell them for freshwater fishing bait.

The most talented worm grunters are the ones that most perfectly mimick the vibrations made by moles, a natural earthworm predator.

The knowledge of the technical workings of worm grunting hasn’t taken away the fun of it. It’s part of the identity of the 460-person town of Sopchoppy, which celebrates every year with a Worm Gruntin’ Festival. Like any other town’s agricultural festival, it has a king and queen and lots of food and dancing. It also has a worm grunting contest for youngsters. (It used to be open to adults but it got too competitive, says Bill Lowrie, president of the Sopchoppy Preservation Improvement Association, which throws the festival.)

Sopchoppy isn’t the only place this odd tradition is celebrated, either. Geneva, Alabama; Shelburne, Ontario; and both Willaston and Devon, England all have their own festivals, though regional methods vary. Some people stick chainsaws in the ground. Some use pitchfork tines or saw into a sapling to create the necessary vibrations. The U.K.’s 10-year-old Sophie Smith obtained the Guinness World Record for most worms charmed by sticking a fork in the ground and moving it around.

Smith collected 567 worms in 30 minutes, but the glory might not be England’s forever. The Sopchoppy Preservation Improvement Association has talked about getting the funds together to send a challenger to the U.K. to take on its top charmers. When Revell or one of his contemporaries start up that unearthly groaning, it’s hard to imagine the worms on the other side of the pond will do anything but surrender.